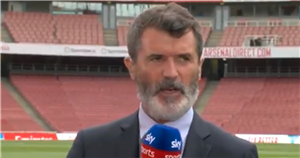 Ronaldo joined the Red Devils from Juventus after he decided he wanted to leave the Turin based club.

It is Ronaldo's second spell at United after he left the club in 2009 for Real Madrid.

The 50-year-old played alongside Ronaldo for two seasons before he left Old Trafford for Celtic in 2005, and he hung up his boots shortly after.

And speaking on Sky Sports, the former United Captain has opened up about why Ronaldo returned and what he could offer to the dressing room.

"It's been great, I think the last few days when the news broke, was it Friday, I think it's great news, for the fans, for United, for the Premier League.

"There's no doubt in my mind he's still a world-class player, obviously, we'll discuss the pluses and minuses of it.

"People may have doubts about him, but the hunger, the desire, is still there for him, it's certainly not a payday for him.

"The guy's worth fortunes, we saw in the Euros he won the golden boot, the World Cup is a year-and-a-half away, he'll have than incentive to keep him going.

"He's a clever guy, he's only coming back to Man United to win stuff."

Do you agree with Keane's comments? Let us know in the comments section

He added: "He'll bring a winning mentality to the dressing room, we all know he's a fitness freak…he's coming back to win stuff."

Ronaldo won't be available for United's clash with Wolves on Sunday.

The Portuguese superstar is expected to make his United debut against Newcastle after the international break.