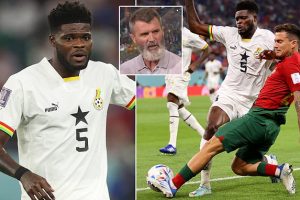 ‘I’m not convinced he’s got those leadership skills’: Roy Keane throws doubt around Ghana star Thomas Partey – despite his superb season with Arsenal – and claims he has a ‘huge challenge’ to lift his team-mates at the World Cup

Partey is the biggest name in the Ghana squad but struggled to make much of an impact in Thursday’s opener against Portugal.

Ghana made a decent showing of themselves but ultimately lost 3-2 as Cristiano Ronaldo became the first player to score at five separate World Cups. 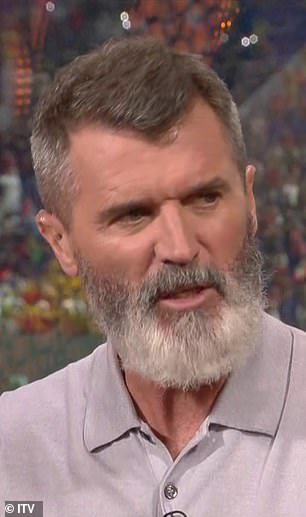 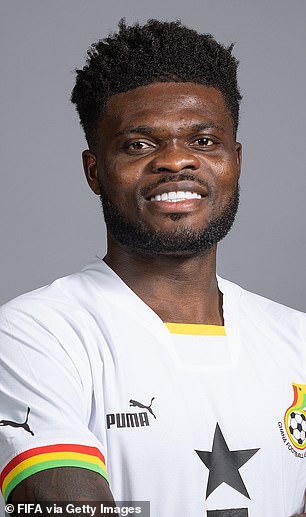 ‘Well he’s (Partey) having a very good season,’ Keane told ITV Sport. ‘He’s settled down, he had a lot of injury problems when he first went to Arsenal.

‘He’s got a big role here because there are some inexperienced players around him. I’m still not convinced he’s got those leadership skills.

‘But a very good player and he’ll have a big part to play today because there’s a big responsibility, particularly in the middle of the park, of course a huge position on the pitch.

‘He’s had a good season, he should be confident, but it’s a big challenge for him in the middle of the park to help the players around him.’ 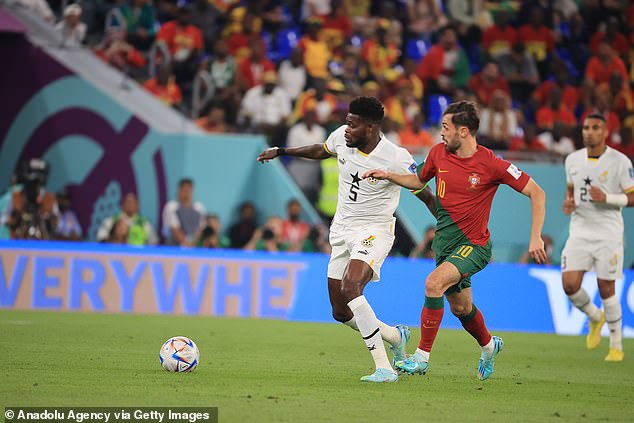 Graeme Souness also delivered his verdict on the Gunners star, adding to ITV: ‘I think he’s got better.

‘It took him a wee bit of time to adjust to our game. I think he’s got a bit of everything and I think you’re going to see him improve in his days at Arsenal.

‘He’s got all the attributes to be a very, very good player in our football. This is another stage for him, get out there and show you can do it on this stage as well.’