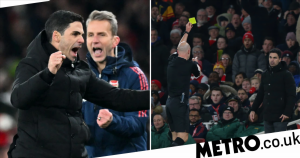 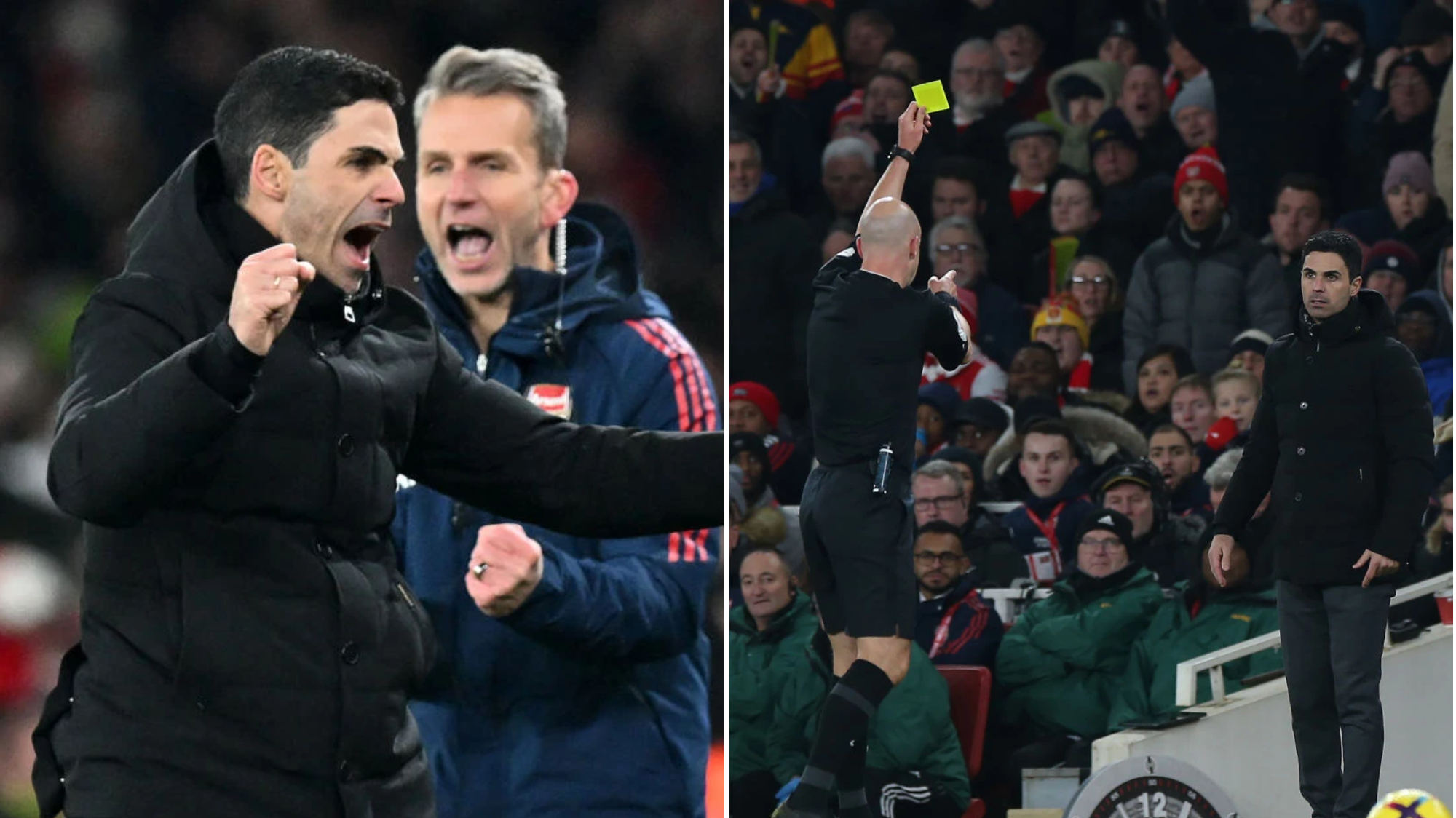 Roy Keane says he has ‘no problem’ with Mikel Arteta’s touchline histrionics after the Arsenal boss was shown a yellow card during his side’s thrilling 3-2 victory over Manchester United on Sunday.

The Gunners fell behind early in the match to a brilliant long-range strike from Marcus Rashford but goals from Eddie Nketiah and Bukayo Saka gave them the lead shortly after the restart.

Lisandro Martinez levelled the scores again with an inventive header but after waves of sustained pressure the home side eventually found a 90th-minute winner courtesy of Nketiah.

In the first half, Arteta – who has been increasingly criticised for how animated he is on the sidelines – was shown a yellow card for appealing too vociferously about a foul from Luke Shaw on Saka.

But Keane defended the Arsenal manager and likes seeing such passion and emotion on the sidelines, particularly when it has such a positive effect on his players.

Asked about Arteta’s booking, Keane told Sky Sports: ‘Well I certainly wouldn’t worry about yellow cards, it’s the reds that you’ve got to worry about!

‘But from the Arsenal point of view I think they’d be OK with it, because he’s obviously passionate and you’re not in this job to be liked!

‘He’s there to win football matches for Arsenal and that’s what he’s doing.

‘Listen, he’s got the yellow card, he has to take his medicine, but I generally have no problem with it.

‘We see other managers doing stuff that we might not always agree with but they’re emotional, they’re passionate and I think that’s just because he wants to win. I wouldn’t be too harsh on him.’

Fellow pundit Cesc Fabregas also did not have an issue with it, adding: ‘I always liked when I felt the manager had this type of passion and it brings other players to give that little bit extra.’

Keane replied: ‘I’m the same. And Pep Guardiola the other night was criticised for his interview after the game, but I’ve always liked managers that are emotional and passionate. I have no problem with it.’

Arteta himself was typically blunt when asked about his booking, saying: ‘Can’t complain. You can always get better in life.’