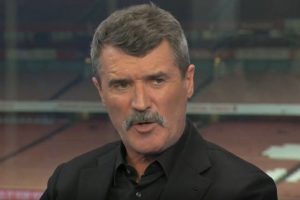 Manchester United icon Roy Keane has called out four Red Devils players after their 3-2 defeat to Arsenal on Sunday – a result that the Sky Sports pundit claimed was a “reality check” for Erik ten Hag and his team. Despite goals from Marcus Rashford and Lisandro Martinez, a late winner from Eddie Nketiah saw the hosts claim all three points in north London.

Keane noted that the inclusions of Luke Shaw, Aaron Wan-Bissaka, Fred and Scott McTominay reminded him that United still have a long way to go despite recent improvements this season under Ten Hag.

“I think the last few days have been difficult with the dropping points last minute against [Crystal] Palace and the defeat today,” Keane said. “So yeah that’s what the game does to you. United weren’t at their best but you think could they have hung on for the draw, take a point and move on.

“But it goes back to where United made progress, but then come the end of the game Shaw’s still at left back – question marks over him – Wan-Bissaka, Fred’s back in midfield, McTominay – as if United haven’t moved on from their problems of the past. I’m not just blaming them players because it was a tough game and you’ve got to give credit to Arsenal, but it is a reality check.”

Keane was especially unhappy with Wan-Bissaka for his role in Arsenal’s first goal, as Nketiah was allowed to get behind him at the far post to connect with Granit Xhaka’s cross and equalise after Rashford’s early striker.

“You can see that as well from the other goal, I think he needs to do a lot better. I look at him over the last few years and don’t see that big of an improvement for a full-back, which is such a huge position to play for Man United. I don’t see it.”

Ten Hag was specifically asked whether Sunday’s defeat was a reality check. He replied: “It can be. Today we have to accept it. We are not satisfied with this performance because we can do better. You start well and you have to take benefit from that situation. It can’t happen that you concede like we did.

“This is one game. Last week we did very well. We kept them away from our box better and when they were in our box, we defended better.”