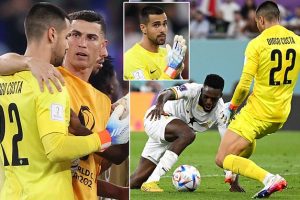 ‘You have to laugh, we f***ing won!’: Cristiano Ronaldo lays into Portugal team-mate Diogo Costa for sulking after the keeper was left deflated that his blunder nearly gifted Ghana last minute equalise

The Porto shot stopper rolled the ball out in his box thinking he was alone before panic struck.

Unbeknownst to him, Ghana forward Inaki Williams was lurking and the Athletic Bilbao star stole the ball with just Costa to beat. 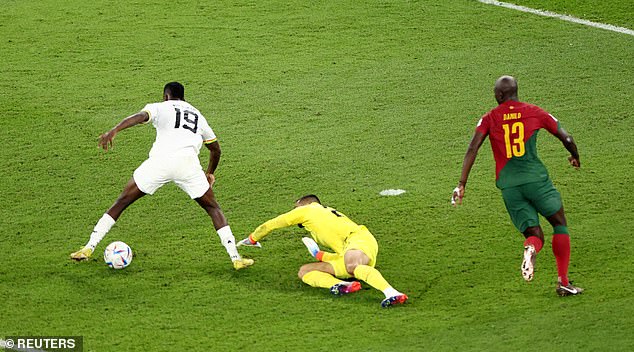 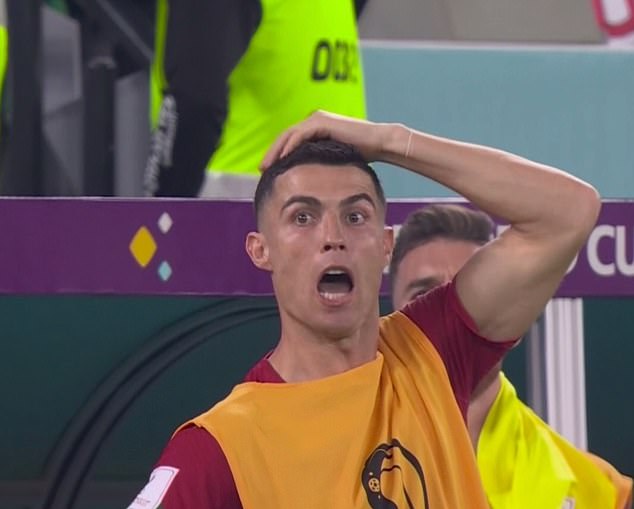 Luckily for Portugal, Williams slipped as he attempted to shoot under Costa’s challenge and his tame effort was eventually cleared away.

After the heart-in-mouth moment, Portugal captain Cristiano Ronaldo went to his ‘keeper’s aid after seeing him deflated by his error that almost cost his side all-three points.

Ronaldo said to Costa: ‘Diogo, you have to react. You have to laugh, we won. Did you concede the goal?’

In response, Ronaldo told the Porto man: ‘So? You have to laugh, we won. One more victory and we go through. You can laugh. C’mon’. 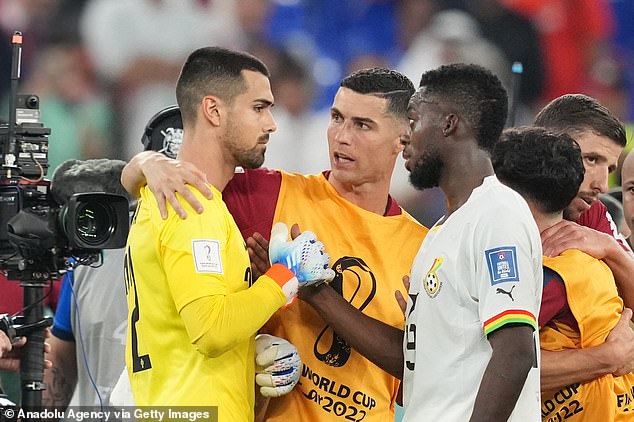 Costa has been in superb form for Porto this season to cement his rightful place as Portugal’s first choice between the posts.

Costa has been linked with a move to Manchester United while Chelsea have also emerged as a potential suitor.