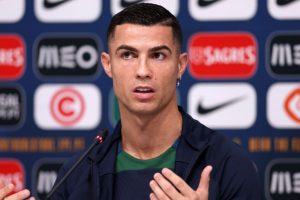 Cristiano Ronaldo will reportedly not receive a payout after his contract with Manchester United was terminated by mutual consent on Tuesday. The forward’s interview with Piers Morgan appeared to be the final nail in the coffin for both parties and the 37-year-old is now a free agent.

Ronaldo’s contract at Old Trafford expired at the end of the season, though his tell-all interview pushed United to take drastic action with the Portugal international. He was being paid £500,000-per-week by the Red Devils, though will not receive that money.

According to the Daily Mail, Ronaldo has ‘kissed goodbye’ to the £16million that he was set to receive if he remained at United. The club reportedly have not paid the five-time Ballon d’Or winner any compensation.