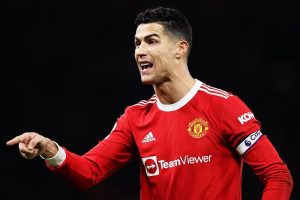 Cristiano Ronaldo misses out on Man United’s FA Cup clash against Aston Villa, with Ralf Rangnick revealing it did not ‘make sense’ to risk him after he reported he was suffering from ‘minor spine problems’

Cristiano Ronaldo is not in Manchester United’s squad for their FA Cup clash against Aston Villa this evening, with Ralf Rangnick revealing his talisman is suffering from minor injury problems.

United will look to bring an end to their dismal struggles this season by making progress in the prestigious competition, but will do so without the superstar against Steven Gerrard’s side.

Speaking pre-match, interim boss Rangnick said that it did not ‘make sense’ to hand Ronaldo another start, highlighting the potential for the tie to go to extra time. 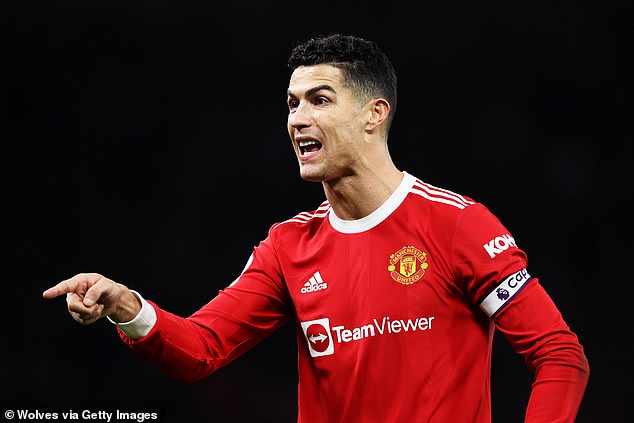 ‘I spoke to Cristiano yesterday,’ Rangnick said. ‘He said he’d had some problems for the last couple of days, minor spine problems.

‘In the end, we decided it would make more sense not to take any risks in a cup game that could last 120 minutes.’

This is the first game that Ronaldo has missed through injury since sealing his sensational homecoming in the summer which saw him leave Juventus.

In his absence, Edinson Cavani started as the No 9, with United seemingly ditching their much-maligned 4-2-2-2 to switch to a more familiar 4-2-3-1 formation. 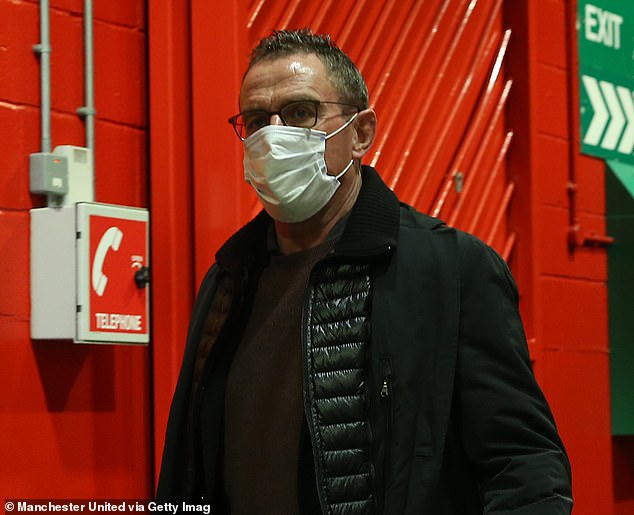 Jadon Sancho and Phil Jones also missed out with their own respective fitness issues, and Rangnick shed light on their current progress.

‘With Phil Jones, he’s having some minor problems with his calf, in a cup game tonight it doesn’t make any sense,’ he added.

With Jadon, he was supposed to be in the quad, he had some issues with hamstring on both sides so it doesn’t make sense to take any risks.’

Ronaldo has been in superb form in his second spell at Old Trafford, having scored 14 goals and recorded three assists in 22 appearances in total.