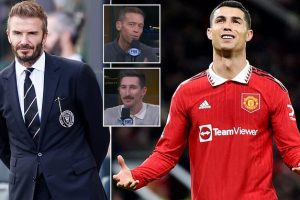 Cristiano Ronaldo could ‘have that Beckham effect’ with a move to MLS, claims FOX’s Jimmy Conrad, while Sacha Kjlestan insists the US ‘makes sense’ for the star after he was linked to Inter Miami amid Man United exit

Ronaldo’s Old Trafford exit was announced Tuesday afternoon after United confirmed the news in a 67-word statement, which claimed the agreement was mutual.

The Glazers, chief executive Richard Arnold, football director John Murtough and coach Erik Ten Hag have decided that Ronaldo has burnt his bridges at Old Trafford following his explosive interview with Piers Morgan and there is no way back for him at the club. 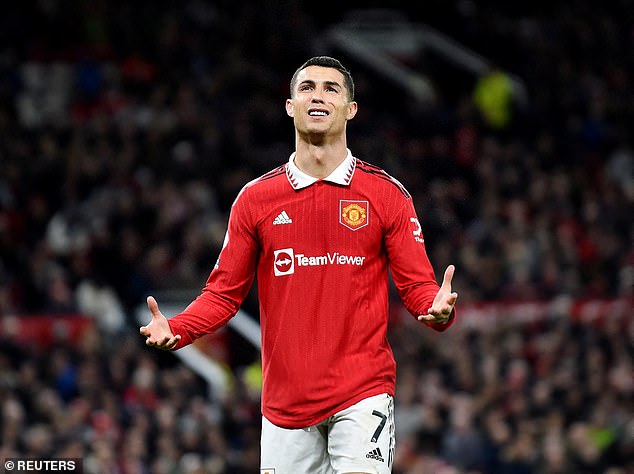 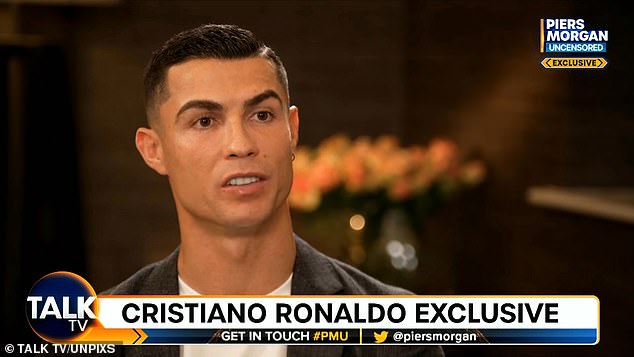 Ronaldo’s team-mates also expected him to leave with the mood towards him described as ‘ambivalent’.

It was made clear that he would not have not been welcome back at Old Trafford or the club’s Carrington training base after the World Cup.

Now the matter has been dealt with, Ronaldo can look for a new club as a free agent and United to line up a replacement striker in the January transfer window.

Speaking on FOX Sports’ World Cup coverage, Conrad and Kjlestan discussed the timing of the announcement, suggesting it meant Ronaldo already had his next move lined up.

Kjlestan said: ‘It’s very interesting, the timing. Would Cristiano Ronaldo agree to a mutual termination unless he already had his next club lined up?’

Former USMNT defender Conrad agreed, adding: ‘I don’t think he would have come out with that interview, if he hadn’t have had a couple of options lined up, maybe using that as leverage to get it done quicker.’ 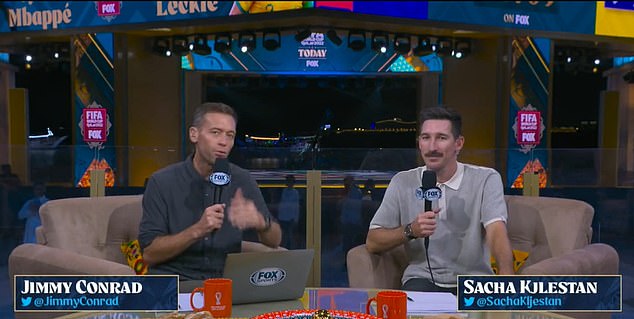 The duo then went on to theorize where the Portugal star’s next destination could be.

Kjlestan, who plays for LA Galaxy, questioned: ‘I don’t know, is he coming to MLS? Is he going back to Italy?’

Conrad then suggested the MLS could be an option as he said there had ‘been talk of Inter Miami.’ To which Kjlestan responded that the move would make sense.

Before Conrad added: ‘I bet he comes to MLS. It would be interesting and it might have that David Beckham effect, that we saw when Beckham came over in the mid to late-2000s.’ 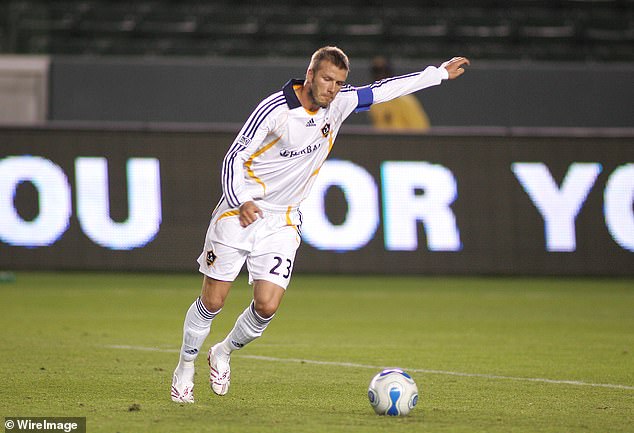 Inter Miami owner Beckham has reportedly already spoken to the Portuguese superstar’s representatives over a move to his MLS outfit.

The report states that Beckham received a positive response with Ronaldo interested in a move to Miami.

It has previously been reported that Ronaldo’s great rival – Lionel Messi, is Beckham’s No 1 target for his MLS franchise, but the possible availability of the United forward has alerted Beckham. 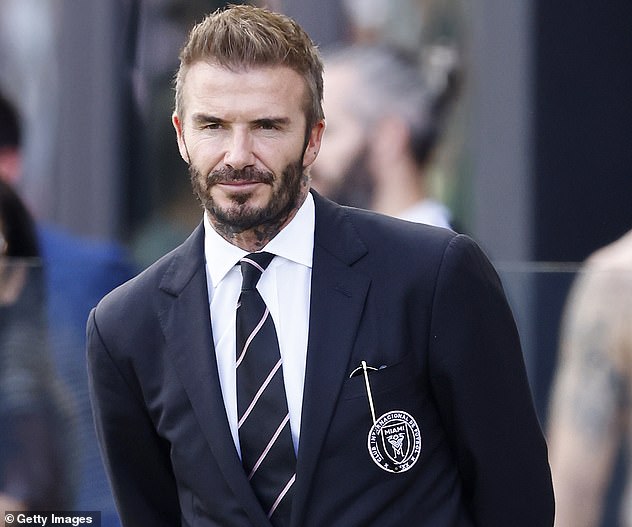 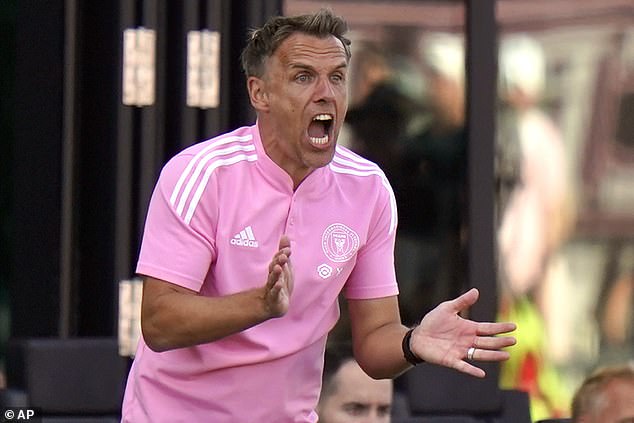 Inter Miami are coached by Phil Neville, brother of Gary – who Ronaldo savaged in his now infamous interview with Piers Morgan

Sporting Lisbon would also be interested in re-signing a player who started his career at the club, but Ronaldo and his agent Jorge Mendes will have to drop their wage demands if he wants to continue playing in Europe.

The news broke midway through Mexico’s goalless stalemate with Poland during the World Cup.

Both pundits commented on the interesting timing of the announcement, coming in the early stages of the tournament before Portugal has even played its first game. 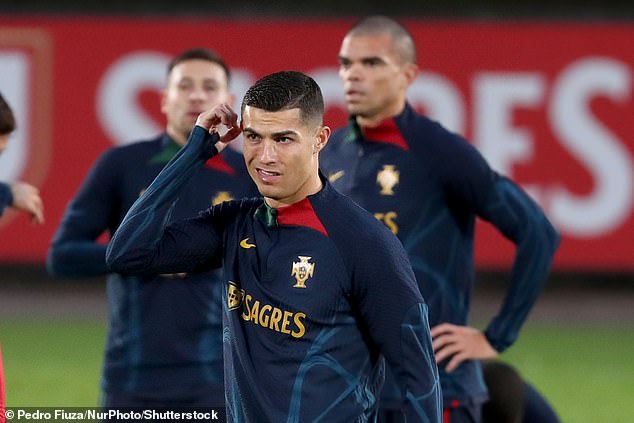 A Selecao faces Ghana on Thursday and both Conrad and Kjlestan were torn over how Ronaldo’s United exit would effect the team – in particular his former Red Devils teammate Bruno Fernandes.

‘But what do you think this does to Portugal,’ Kjlestan asked. ‘We’re in the middle of the World Cup and this is what people are going to be talking about for the next few days leading up to their first game against Ghana.’

Conrad chimed in, adding: ‘There seemed like there was tension already. There was videos of him and his Manchester United teammate, who also plays on Portugal, Bruno Fernandes and they had a bit of a cold exchange, I think, when Bruno Fernandes showed up to camp for Portugal. 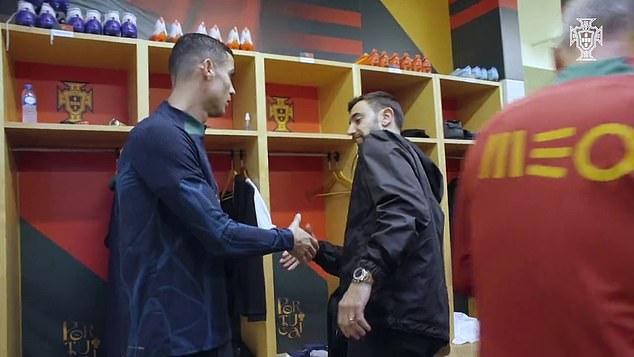 ‘And I wonder if this puts everything at ease now. Like, “Alright listen Bruno, I’m no longer at Manchester United, don’t worry about it, we can be friends. Let’s just get on and do the best we can for our country.”

‘We’ll see, cause it seems like people have been kind of icy with him and at some point it was going to happen, he likes to make a lot of things about him.’

Kjlestan admitted that it could help ease the tension in the Portugal dressing room but claimed it also could go the other way.