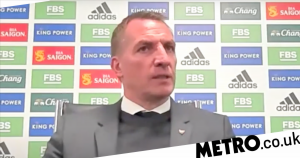 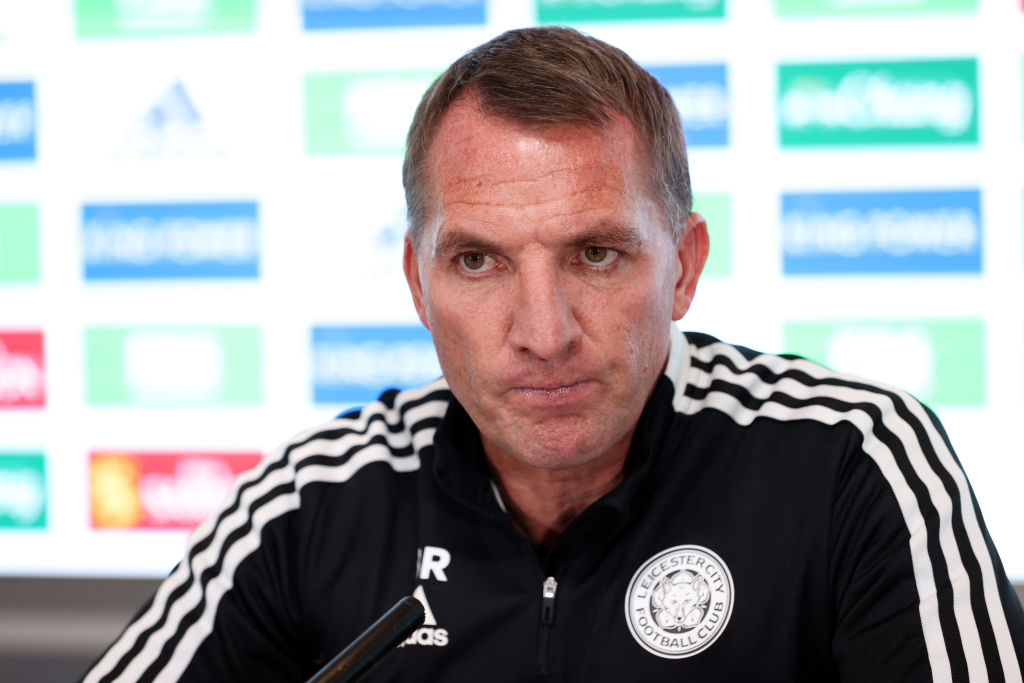 A ‘very disappointed’ Brendan Rodgers urged Leicester fans to have a great sense of ‘perspective’ after his players were booed off at half-time in their 3-0 defeat to Chelsea.

Antonio Rudiger and N’Golo Kante scored inside the opening half an hour and second-half substitute Christian Pulisic put the visitors out of sight in the 71st minute, with Leicester producing a lacklustre display at the King Power Stadium.

The result tightened Chelsea’s grip at the top of the Premier League table, while the Foxes are now without a win in their last five matches in all competitions and find themselves languishing down in 12th place.

Boos rang around the ground as Chelsea went into the break with a two-goal advantage and Rodgers admitted he was saddened by the reaction given how his side have ‘overachieved’ over the last few years.

‘I’ve got to say it’s very disappointing. I think that we have a sense of perspective of where this team has been over these last few years,’ the Leicester head coach told reporters.

‘We’ve totally overachieved in these last couple of years to arrive not only in the top six but in and around that top four and challenging.

‘We’ve been challenging some of these teams that are way above us in terms of budget and depth of squad.

‘I was disappointed for the players because they’re such a honest group of players, they’ve given so much.

‘We’re not quite at our level of confidence, absolutely, and there’s lots of challenges for us with people out and lots of games and without that real depth of squad to cope with that, that’s difficult.

‘To hear that at half-time was disappointing, especially against a team of Chelsea’s level. Yeah, we weren’t great, but it’s something that’s so important for a player because a player will feel that.’

Rodgers insisted he would always ‘respect’ the opinion of fans, but believes ‘encouragement’ would have helped his players against the Premier League leaders.

He added: ‘The players need that encouragement, they need that shot in the arm and that’s the biggest shot in the arm that they can get so we’ll always respect the supporters feelings and how they are, but have a sense of perspective of where this team was and where they’ve grown to.

‘Okay, we’ve hit a little bump in the road and we’re working so hard to be better, but it was disappointing.

‘But we always respect the supporters’ feelings.’

Asked whether supporters should perhaps have more patience, Rodgers replied: ‘It’s not even so much that, I just think for the players it makes it difficult for them.

‘When they played backwards it’s not always a negative pass. It can be to start another attack, you’ve got to play back to go forwards at times, especially under that pressure.

‘So the players feel that anxiety because they played a backwards pass and of course that can effect them in the game.

‘But listen, this club is all about winning games and we were playing against a top team today who beat us and we have to learn from that and move onto our next game.’

Rodgers has been heavily linked with the Manchester United job in recent days, with Ole Gunnar Solskjaer under enormous pressure at Old Trafford.

However, the Northern Irishman insisted the speculation had ‘absolutely nothing to do’ with his side’s toothless display versus Chelsea.

‘No, not at all. I said in the week that it’s nothing, it wasn’t real and I spoke to our players on that,’ Rodgers added.

‘Absolutely nothing to do with it.’