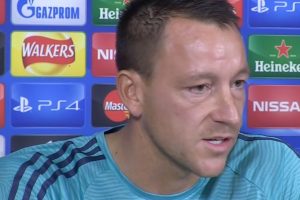 Robbie Savage is explaining how Rio Ferdinand became one of his best friends when the conversation turns to John Terry.

The ex-Chelsea captain famously picked out the Wales legend in a press conference, blasting his analysis because he "had not had a career" and had played at a "really bad level".

His comments were met with laughter and the footage quickly made its way around social media.

But nearly seven years on, Savage is not bitter.

He admires Terry's football career, but still disagrees with the ex-England skipper and thinks he may have shot himself in the foot now he has turned his hand at management.

Speaking to DailyStarSport ahead of Euro 2020, Savage said: "Terry has decided to go to Villa and has done very well with Dean Smith.

"It would be amazing to say to his players that if a guy who played in the Premier League for 346 games and captained four teams didn't have a very good career, if he's managing a team in the bottom half of the Premier League or lower, what would he say to those players?"

It's a hard point to ignore, and one Savage isn't shy of making again.

"Listen, it's a game of opinions,", he continues. "We've seen recently players coming out and saying things about pundits.

"It's why we love football, it's a game of opinions. What I say to my son is, I can't remember the exact words Terry said, but saying I didn't have that good of a career, that's his opinion.

"But I say to my son now, because my son would have watched that interview, and if he said dad did you not have a good career? I would say what would you say is a good career?

"He's 18, he's at Manchester United, I think a good career, if you make a living out of playing football at any level then you've had an amazing career, you are one of the elite.

"You are one of these players who have sacrificed, who have chosen the right pathways, you have given up loads.

Savage insists he respects John Terry, and that he could go far in management.

Terry is currently the assistant manager at Aston Villa, who finished 11th in the Premier League last season.

The ex-Blackburn Rovers star continues: "I respect John Terry, an amazing defender and one of the best the Premier League has ever seen.

"Did I not have a very good career? I think if I had played 10 games in League Two, I would have sacrificed so much to do that, that I believe I would have had a great career.

"So anyone that can go and make a living out of football has had an amazing career because the numbers suggest the percentages are so small.

"I believe John Terry will have an opportunity and it's up to John. But being a fantastic player doesn't make you the best manager in the world.

"You look at some of the players who haven't played to a high standard, look at what they are achieving."

Ahead of Euro 2020, Savage pranked former foe Rio Ferdinand as part of a 'Finally Together' campaign by Heineken, the official sponsor of the tournament.