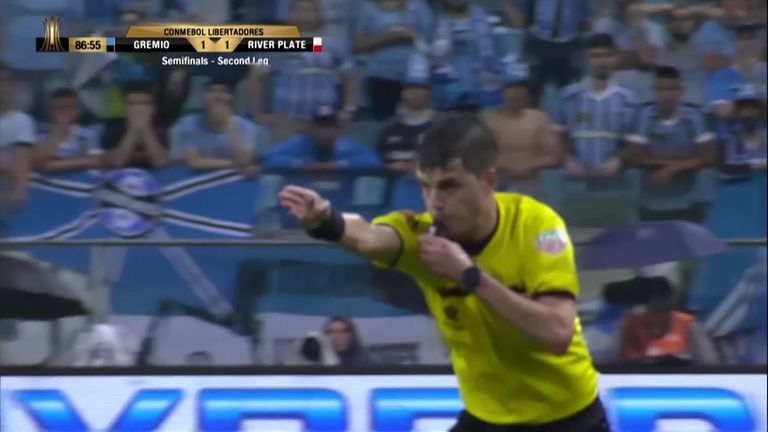 A South American referee was given riot-police protection after he awarded a late penalty by VAR as River Plate beat Gremio to reach the Copa Libertadores final.

Uruguayan official Andres Cunha pointed to the spot in the 86th minute after consulting the video assistant referee, with the penalty converted nine minutes later in the fifth of 14 added minutes. 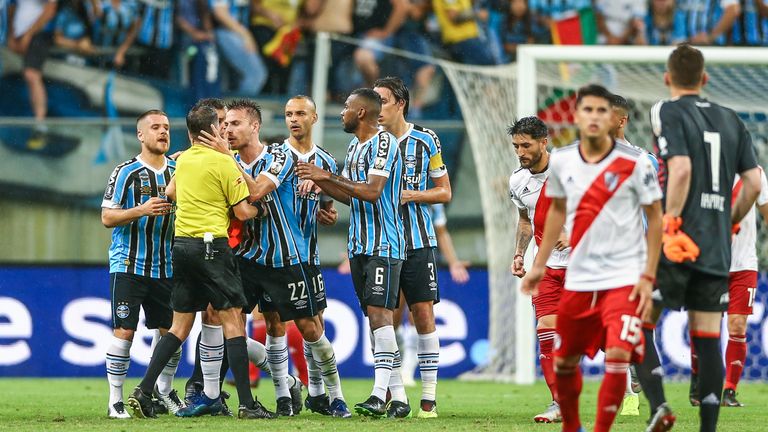 Gremio’s players were further incensed by Cunha giving their defender Bressan a second yellow card for the challenge which led to the penalty.

Argentinian side River Plate held on to win the second leg 2-1 and progress to the final on the away goals rule after losing the first leg at home 1-0. Incredible scenes followed after the game as riot police had to protect Cunha and his officials from the outraged Gremio players.

Click play on the video above to watch the dramatic events in Brazil.