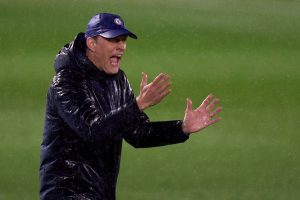 Rio Ferdinand has predicted that Chelsea will be the team to end the recent Manchester City – Liverpool dominance on the Premier League title, as Thomas Tuchel continues his spectacular start to life in the Stamford Bridge dugout.

Tuchel arrived in late January to replace the sacked Frank Lampard, and the Blues have barely looked back. The German boss has overseen just one Premier League defeat since his arrival, while also guiding Chelsea to both the FA Cup final and the last four of the Champions League.

Chelsea have one-foot in the Champions League final after Christian Pulisic's strike handed Tuchel's team a vital away goal in their two-legged bout against Spanish giants Real Madrid, who will travel to West London needing to score at least once. Former Manchester United defender and Premier League legend has seen enough of the Tuchel's new-look Chelsea to make the bold claim that they will topple the likes of Manchester City, United and Liverpool to win their first Premier League title since 2016/17 under Antonio Conte.

City are currently on the brink of confirming their third triumph in four seasons, needing just one more win to seal their fate.

However, Ferdinand thinks they will struggle to retain it next year with a full pre-season under Tuchel's belt. "Have you seen Chelsea’s stats? They’re my team to win the league next year," Ferdinand said on his Vibe with Five podcast.

"They are seriously, this team what he’s done going in there deserves nothing but applause."

Chelsea were tipped by many to mount a serious title tilt this season, having spent more than £200m in the summer transfer window on the likes of Kai Havertz, Timo Werner and Hakim Ziyech.

However, Frank Lampard struggled to find a system that suited all of the star-studded talent purchased, and was eventually dismissed shortly after the turn of the year following a dismal run of league form.

Tuchel's impact in half a season has been nothing short of incredible, and the former PSG coach will know if he can deliver another trademark defensively sound home performance against Real Madrid, he'll have not one but two major finals to prepare for.