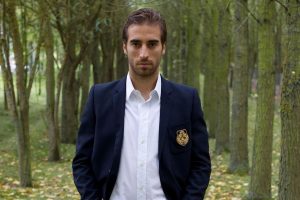 Retired footballers have a number of doors open to them when they finish playing.

Many choose to stay in the game after hanging up their boots and become managers or coaches.

But others prefer a life away from football and use their profile to bag top jobs in business, politics or other fields.

The Daily Star takes a look at some of the former ex-pros who have gone on to achieve great things outside of the beautiful game.

After retiring from football in 2003, the Liberian striker went on to become president of his country.

He ran two unsuccessful campaigns before being elected in 2017 with more than 60 per cent of the vote, Liberia’s first peaceful democratic transfer of power since 1944.

During his career, Weah made more than 300 appearances and played for AC Milan, Chelsea and Paris St. Germain.

Former Arsenal midfielder Mathieu Flamini is CEO of a biochemical startup he co-founded.

The 38-year-old from France runs GF Biochemicals with his business partner Pasquale Granata.

The firm was created to find sustainable alternatives to oil-based products in different sectors.

Flamini had two spells at Arsenal, the first between 2004 and 2008 where he played in the Champions League final and won an FA Cup.

He also played for the club from 2013 to 2016 before joining Crystal Palace and Spanish side Getafe.

Gary Lineker is a familiar face to football fans for his presenting role on Match of the Day.

The former Leicester and Barcelona striker has hosted the show since 1999 and is one of the BBC’s top earners.

During his career he gained 80 caps playing for England and won the European Cup Winners' Cup at Barcelona.

Former Ghana and Sunderland striker Asamoah Gyan has dabbled in music, tennis and business since his playing career finished.

He developed a love for tennis butwas accusedalong with his brother Baffour Gyan of attacking another player, a claim he denies.

He set up Baby-Jet Airlines in 2017 with the plan to operate domestic and regional flights but the company has yet to get started.

Gyan has also been involved in music and featured in the video of the song African Girls by Castro.

Vega played for Tottenham and Celtic before becoming co-founder of Duet Asset Management in 2002.

He set up his own firm, Vega Swiss Asset Management, in 2008, but decided to close the business afterreportsthat it was failing to offer returns to investors.

Vega played in the 1999 League Cup final which Tottenham won 1-0 against Leicester.

The Frenchman hung up his boots in 2013 after a career which saw him win two Premier League titles and the Champions League under Sir Alex Ferguson.

Saha launched Axis Stars in 2014 as a private network for top-level athletes, singers and artists.

The company charges businesses a membership fee which allows them to partner with high performing individuals.