Republic of Ireland 3-1 Bulgaria: Browne and Long strike in friendly

For a country who have long since struggled for goalscorers, to unearth three news ones made this friendly entirely worthwhile for Mick McCarthy’s Republic of Ireland.

A goalless and soulless first half had been a fantastic advert for the Nations League, the competition introduced to do away with international friendlies such as this.

But the second period was an uplifting affair and will cheer McCarthy ahead of next month’s crunch Euro 2020 qualifiers away to Georgia and Switzerland. 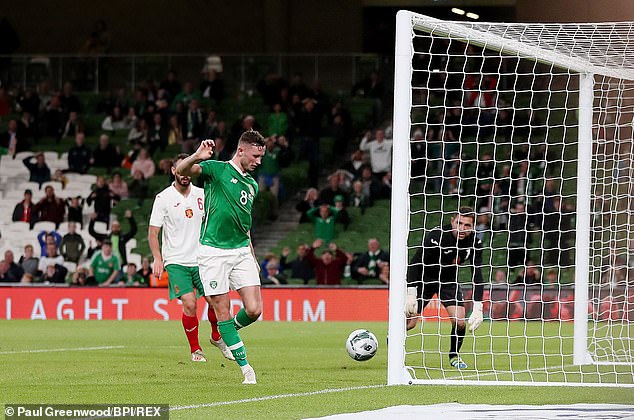 For this was evidence that perhaps there is talent in reserve. Alan Browne, Kevin Long and debutant James Collins were the scorers, while another new boy, West Ham midfielder Josh Cullen – currently on loan at Charlton – was man of the match.

However, 10 changes for Ireland from the side which drew with Switzerland last week and nine for Bulgaria after their weekend defeat to England hardly set pulses racing, and the first half was, unsurprisingly, a lifeless affair.

Bournemouth goalkeeper Mark Travers was making his debut and the 20-year-old could not have asked for a more gentle introduction, his sole save of the opening period being a simple collect from Georgi Pashov’s header.

Pashov had escaped unmarked from a corner and team-mate Nikolay Dimitrov did similar moments later only to nod over the crossbar.

McCarthy could be heard urging his side to ‘pass forward’, and when they did it produced a couple of efforts at goal.

Preston midfielder Browne volleyed wide from outside of the area before a Ronan Curtis cross – narrowly missed by the outstretched boot of Scott Hogan – was paddled away by keeper Hristo Ivanov, a 37-year-old debutant. 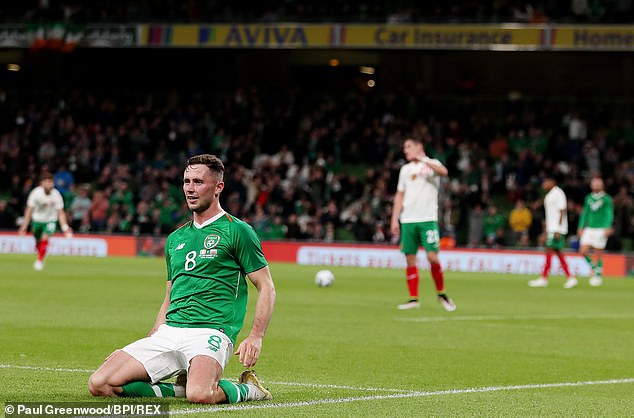 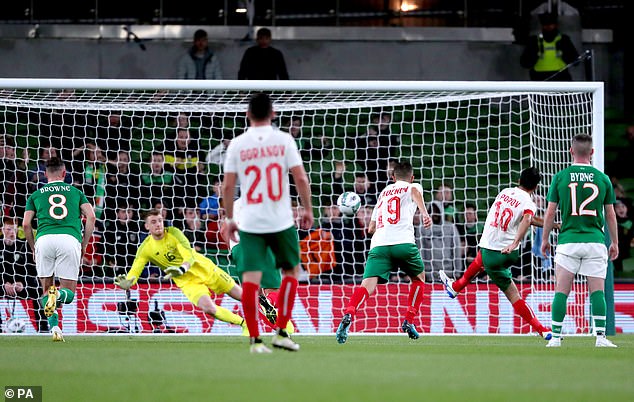 But Ireland did find a breakthrough on 56 minutes when Hogan followed up after Curtis’ low blast had been saved and he squared for Browne to turn in from two yards.

Bulgaria levelled from the penalty spot through Ivelin Popov after skipper John Egan had tripped Bozhidar Kraev on 67 minutes.

And Byrne, the debutant from Shamrock Rovers, was again involved when his pass was turned across goal by Enda Stevens and Luton frontman Collins steered into the bottom corner. 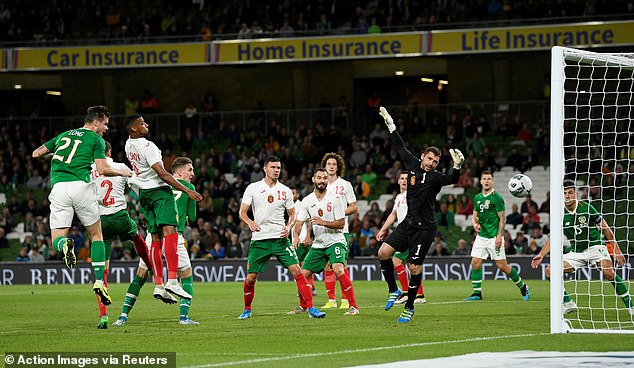 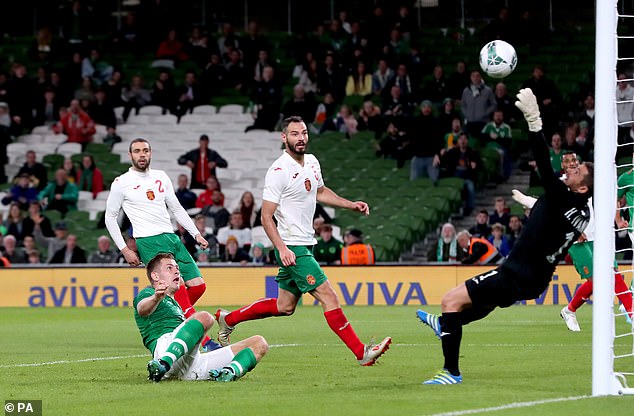