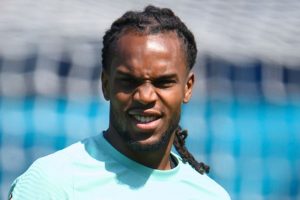 Wolves are in talks to sign Portugal international midfielder Renato Sanches from Lille on loan.

Sanches is currently recovering from a knee injury and faces another month out, but Wolves still hope to finalise a deal before Tuesday’s deadline.

The 24-year-old has rejuvenated his career at Lille after moving to France from Bayern Munich in 2019.

He has managed five goals and five assists in 60 appearances for Lille and helped them win Ligue 1 last season.

Sanches had a breakout tournament with Portugal at Euro 2016, which led to the German champions signing him from Benfica.

After struggling in his first season in the Bundesliga, Sanches had a difficult season on loan in the Premier League with Swansea under Paul Clement, failing to score in 15 appearances.

When will Wolves’ luck turn?

Three games into this nascent Premier League season, and Wolves sit in the bottom three without a goal and without a point under their new manager Bruno Lage.

The home side threw everything at Manchester United, especially early on with Raul Jimenez and Trincao going close, but their defensively disjointed visitors clung on and snatched a controversial winner late in the day through Mason Greenwood.

It has been a baptism of fire for Lage, who, having witnessed a third consecutive 1-0 defeat, must be wondering when his luck is about to turn.