Barcelona could be going into the Clasico next week behind Real Madrid in the table after being held by Real Sociedad.

Swedish striker Alexander Isak got the second half equaliser in the 2-2 draw to leave Ernesto Valverde’s team just a point clear of Madrid who play Valencia tomorrow.

Barcelona were furious that Gerard Pique was not awarded a late penalty, after Diego Llorente appeared to bring the defender down in injury time but, despite having earlier given a penalty to Real Sociedad for a similar challenge, the referee waved away the appeals. 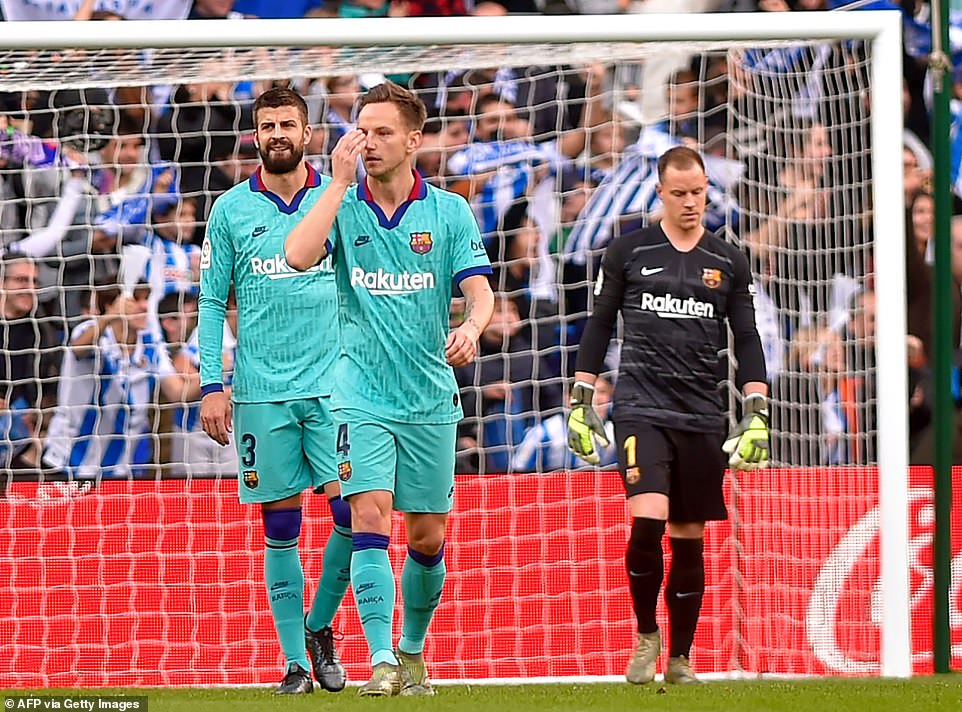 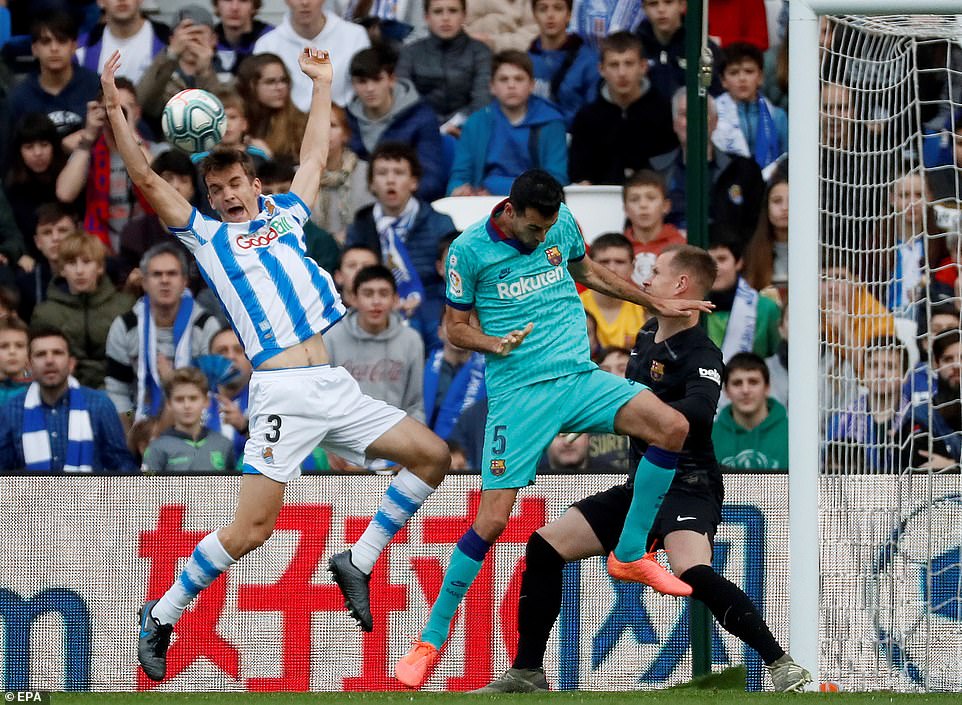 Real Sociedad took the lead on 12 minutes when Mikel Oyarzabal scored from the penalty spot after Sergio Busquets had pulled the shirt of Llorente.

The home side were on top in the first half and should have made more of their domination but they allowed Barcelona back into the game.

Barça broke on 38 minutes with Luis Suarez, making the most of Llorente being out of position, and he spotted Griezmann racing down the left and played the Frenchman in. 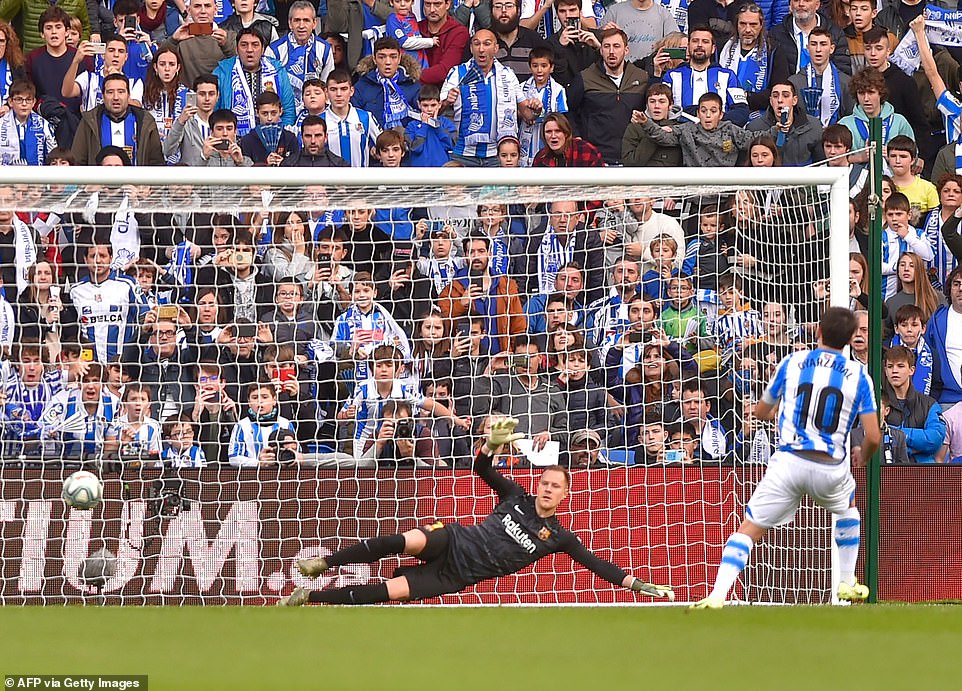 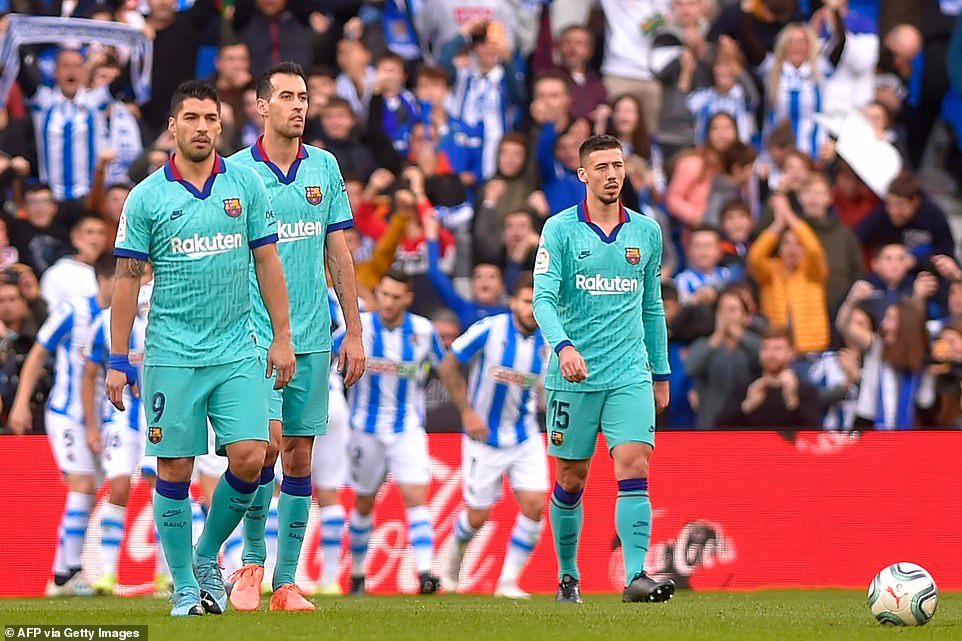 The goal summed up a difficult start to the game for Ernesto Valverde’s side, who were put under severe pressure 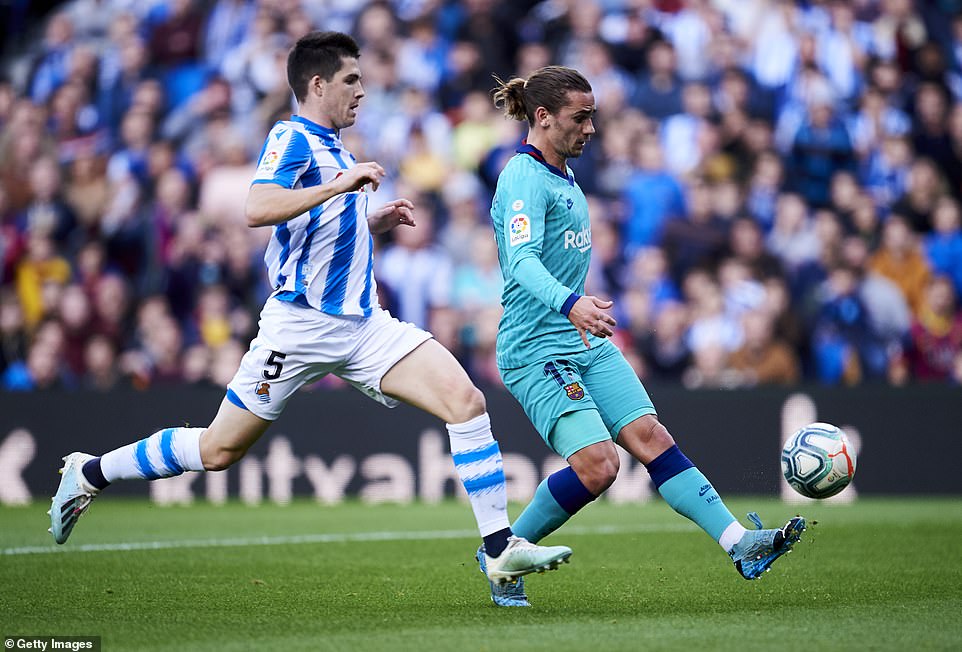 Griezmann, back playing the team he played just over 200 games for, ran on to the pass and lifted the ball over Remiro to level the scores. Griezmann did not celebrate against his former club, but the Barça bench did breathe a sigh of relief after a face-lift for a shocker of a first half for the visitors.

Four minutes into the second period they had the lead. Busquets dinked a pass over the top for Messi, who squared for Suarez and the Uruguayan had an easy finish.

Real Sociedad were now chasing the game, and they could have fallen further behind when Gerard Pique headed goalwards and Igor Zubeldia hooked off the goal line. On 62 minutes however, the hosts were back on terms. 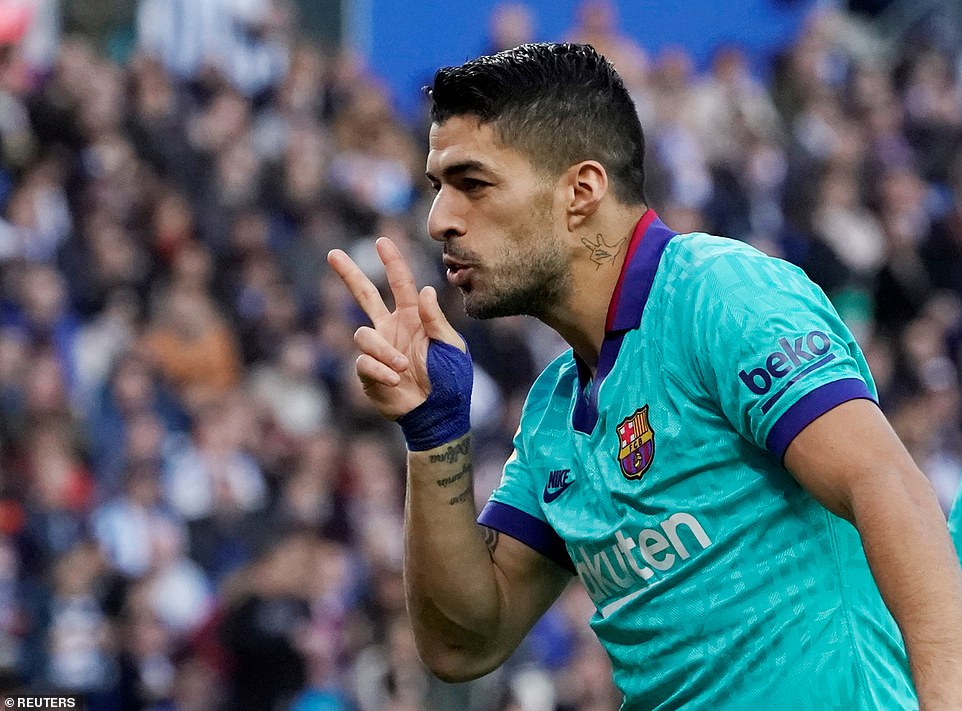 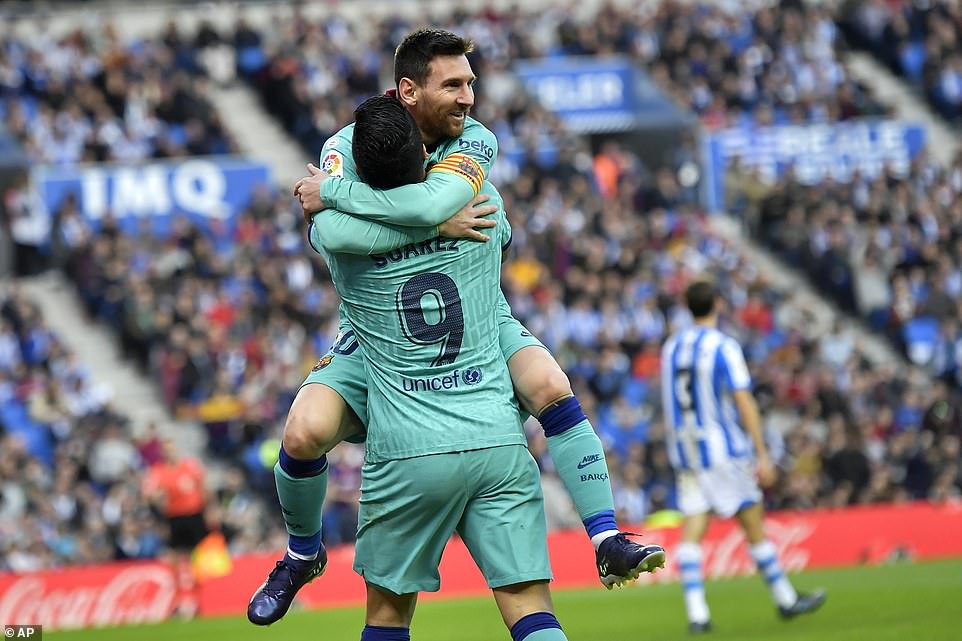 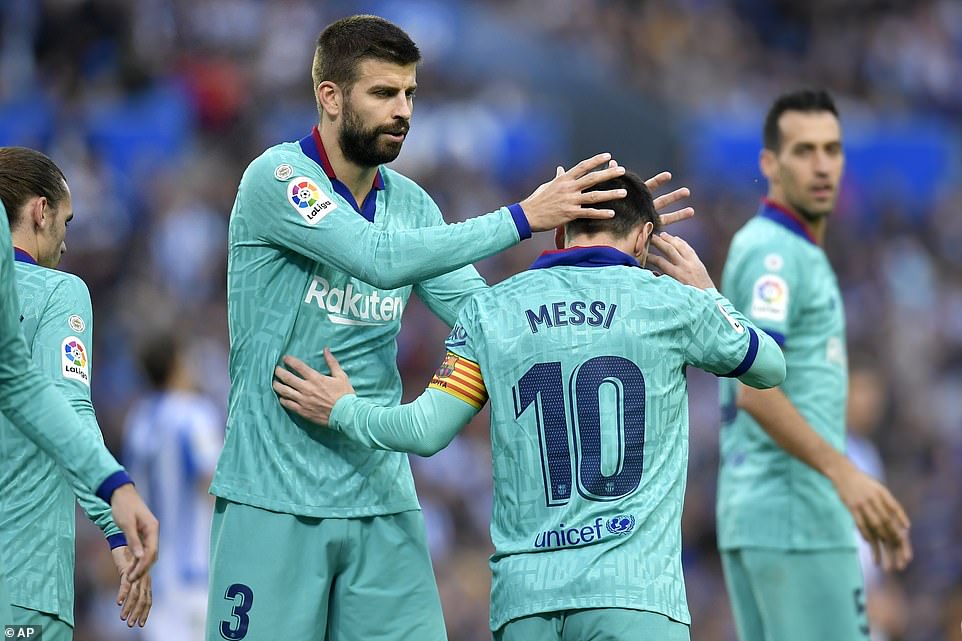 Former Arsenal full-back Nacho Monreal crossed from the left after Sergio Roberto had been slow to close him down, and when he crossed Marc-Andre ter Stegen palmed the ball out into the path of Isak who finished from close range.

It was his last touch because William Jose was already ready to come on and the Brazilian replaced the Swede for the last 25 minutes. This was proving hard work again for Barcelona, and the effects were visible as Pique had to run off a limp in the first half and Suarez was hobbling.

The impressive Martin Odegaard looked to take advantage and raced into space but with better options to his left he went for glory. The headlines would have been for him – a Real Madrid loanee scoring against Barcelona – but he blazed over. 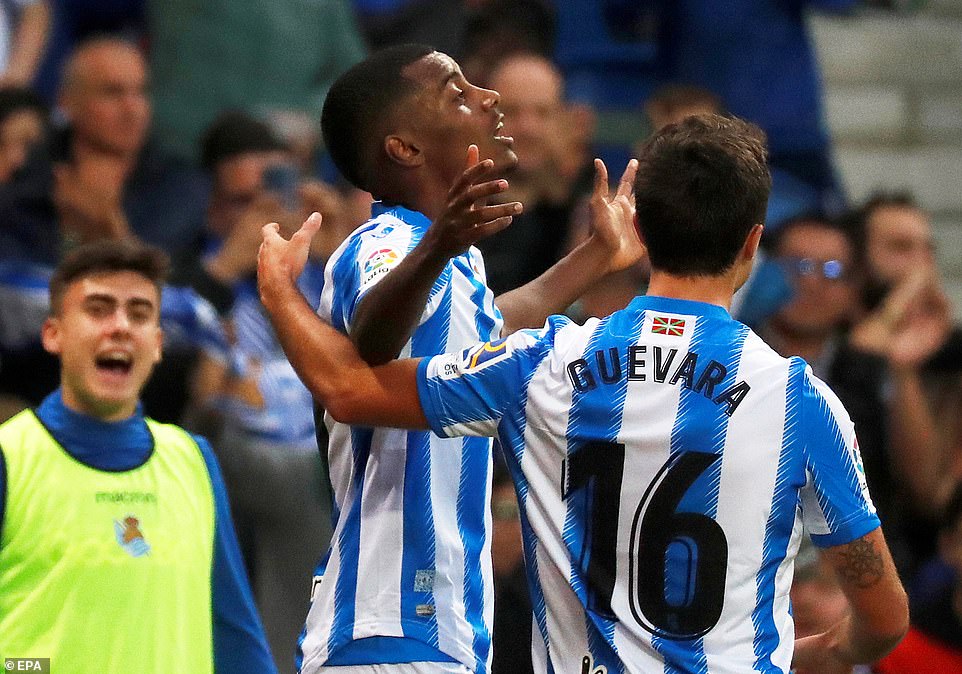 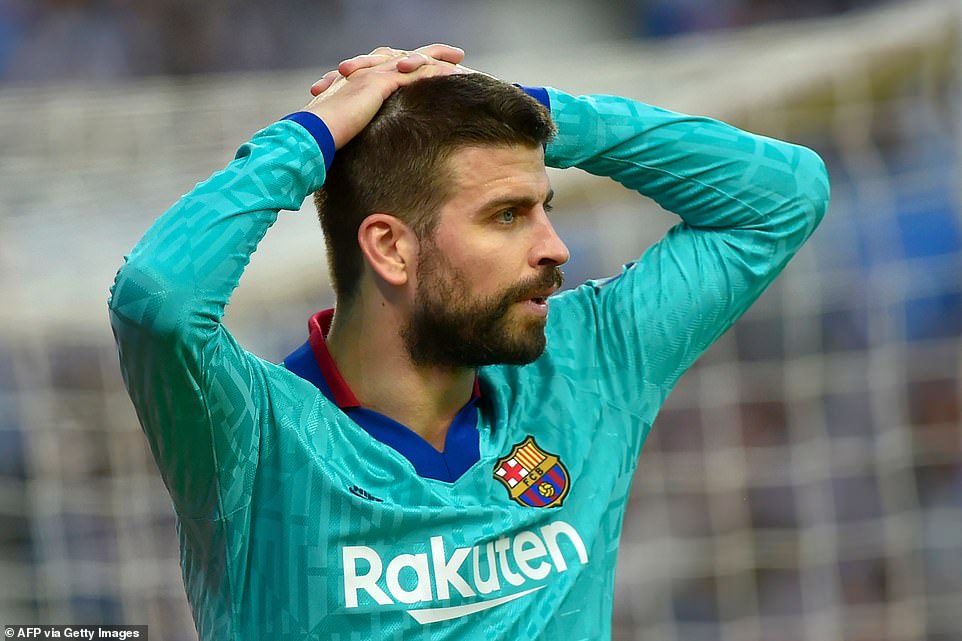 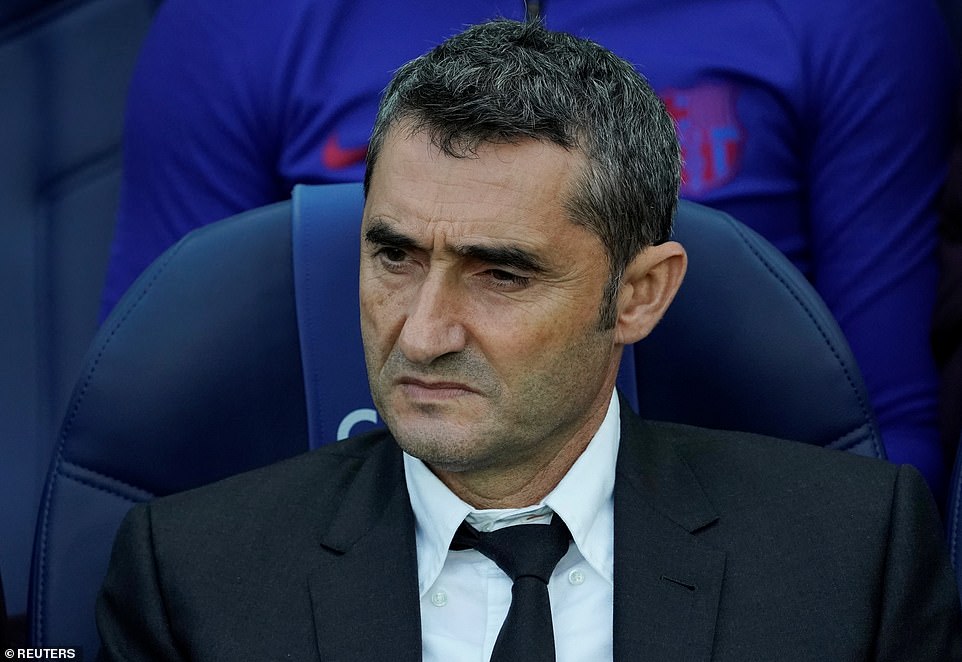 Unperturbed he slipped a pass through to William Jose and then lofted another pass to Oyarzarbal. Barcelona were wobbling again and Suarez was booked for complaining.

They still fought back to have the last chance of the game. As Pique tumbled all eyes focused on referee Javier Alberola but he waved the complaints away and so helped condemn to Barcelona to two dropped points.