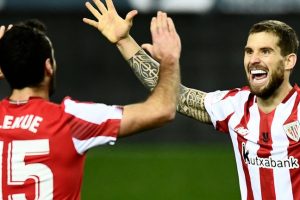 Raul Garcia was sent off in a La Liga defeat to Real Madrid last month but scored twice to send Athletic Bilbao into the Spanish Super Cup final; They face Barcelona in Seville in a repeat of the 2015 final 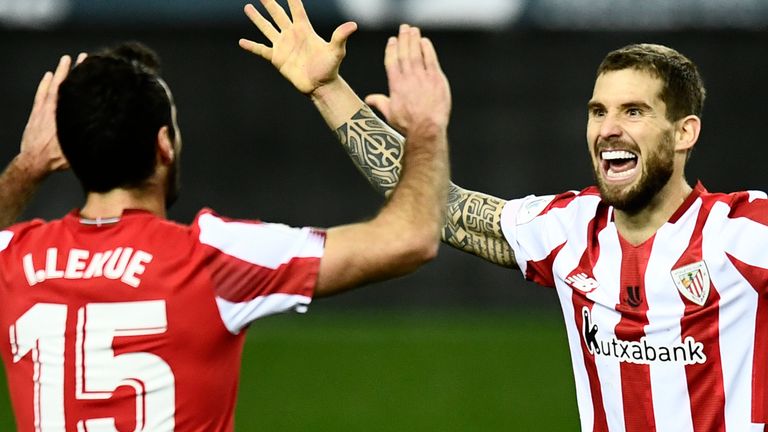 Athletic Bilbao forward Raul Garcia scored twice in a 2-1 win over Real Madrid to knock the holders out of the Spanish Super Cup and set up a final against Barcelona.

Garcia, who was sent off during a 3-1 defeat by Real Madrid last month, made the most of two glaring errors from Real’s Lucas Vazquez to net twice in the first half before Karim Benzema pulled one back 17 minutes from time.

Athletic Bilbao meet Barcelona on Sunday in Seville in a repeat of the 2015 final, which Barca won 5-1 on aggregate. This year’s Super Cup was moved to southern Spain after the coronavirus pandemic stopped it from being held in Saudi Arabia for a second straight season. Athletic Bilbao reach the final after being boosted by the arrival of coach Marcelino Garcia Toral, who was hired less than two weeks ago to try to halt the team’s struggles. It was only his second match in charge of the club, coming after a 3-2 home loss to Barcelona in La Liga last week.

Garcia got Athletic off to an ideal start when he pounced on indecision in the Real defence to latch on to a through ball and slot into the net in the 18th minute after right-back Vazquez had given the ball away. Garcia doubled the lead by sending Real goalkeeper Thibaut Courtois the wrong way from the penalty spot in the 38th minute, after Vazquez had hauled down Inigo Martinez.

Iker Muniain should have added a third early in the second half but missed the target with a free header and Marco Asensio hit the woodwork twice before Benzema pulled Real back into contention. The Frenchman’s strike had initially been ruled offside but was awarded after a VAR review.

Benzema put the ball in the net again and was again given offside but this time the VAR ruled against him.

Real probed for an equaliser deep into six minutes of added time and Athletic faced an agonising wait for a VAR check to be completed on a potential Real penalty but they were spared and wildly celebrated the win.