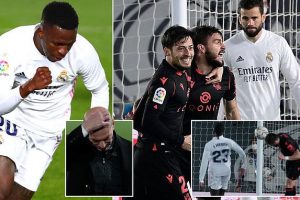 Vinicius scored a late leveller on his 100th game for Real Madrid to salvage a point against Real Sociedad.

Real Madrid were celebrating but it this was still a missed opportunity to put the pressure on LaLiga leaders Atletico Madrid, who they face on Sunday.

The Brazilian came on in the second half and shot past Alex Remiro after Fede Valverde’s clever backheel allowed Lucas Vazquez to cross from the right. 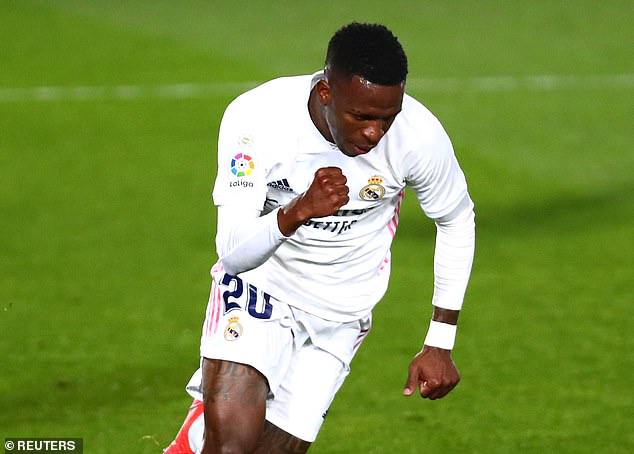 Even Karim Benzema got to his feet in the stands as the ball hit the back of the net.

But it was a below par performance from Madrid. Real Sociedad might have had a penalty when after 10 minutes Casemiro clattered into Nacho Monreal in the area. It was an offside decision that saved Jesus Gil from having to make the decision but the flag had been raised incorrectly.

Real Sociedad started very brightly with young midfielders Martin Zubimendi and Ander Guevara imposing themselves but there was no end product and it was Madrid who had the first real chance.

Lucas flipped the perfect cross to the back post and under pressure from Andoni Gorosabel Mariano could only hit the bar with his header. Marco Asensio tried to finish from the rebound but Robin Le Normand made the block. Alex Remiro then helped a Raphael Varane header just over the bar. 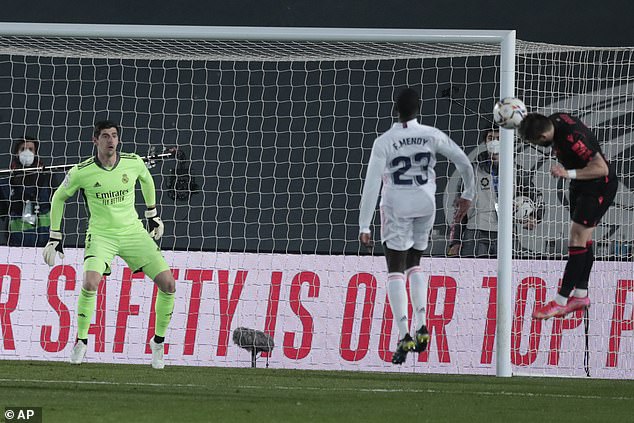 Madrid were now peppering the Real Sociedad goal but basques hit back with a free-kick chance after a foul from Isco. Isak curled his shot off the wall for the visitors’ first corner.

Zinedine Zidane moved Casemiro back into the centre of a back three at the start of the second half and the tinkering seemed to give Real Sociedad the initiative. They took the lead on 55 minutes when Nacho Monreal floated a cross to Portu who outjumped the back-pedalling Ferland Mendy to loop a header back over Thibaut Courtois.

It could have been two, moments later when Portu got in behind Real Madrid down the right and crossed for Isak. He’s on a run of scoring in six straight games and this should have been game seven but he failed to make contact with the gift of a cross. 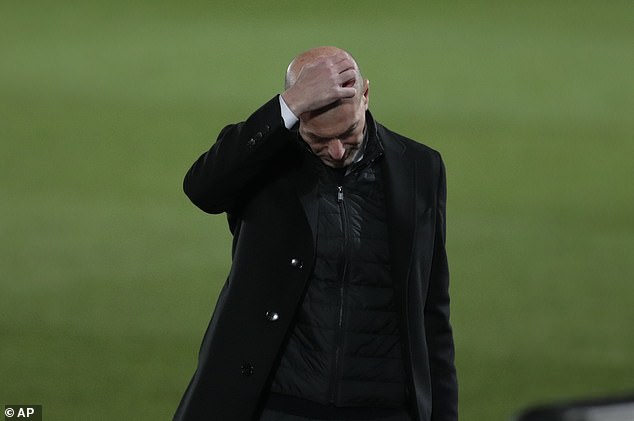 Zidane reacted by abandoning the Casemiro experiement and putting him back in midfield. He had Madrid’s next chance with a header just wide of Remiro’s post.

Isco, Asensio and Mariano Diaz were all taken off by Zidane with Hugo Duro, Vinicius and Rodrygo Goes coming on. The chances were still falling to Casemiro and he was off target with another header.

Le Normand headed over for La Real and was then needed at the other end to block Toni Kroos’ effort for a corner.

The game seemed to be slipping away from Real Madrid but Vinicius had other ideas and Real Madrid face Atletico in six days five points behind them.