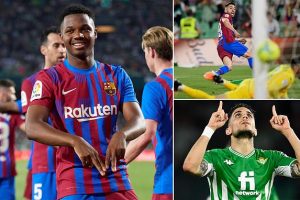 Jordi Alba fired Barcelona into next season’s Champions League with a spectacular volley in the last minute against Betis.

Xavi’s task when he took over from Ronald Koeman was to save the team from another season kicking around in the Europa League. It looked a tall order at first. He then took them on a run that looked like seeing them win the Europa League and run Real Madrid close for the title.

Then things fell apart again, and the relief was palpable on Saturday night in Seville when Alba’s thunderbolt beat Rui Silva to win the game 2-1 in injury time. 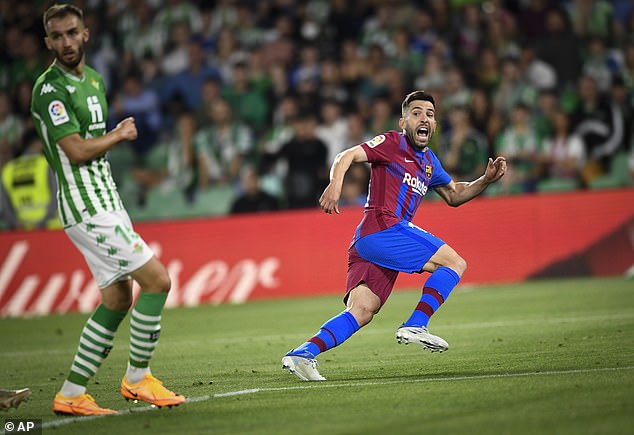 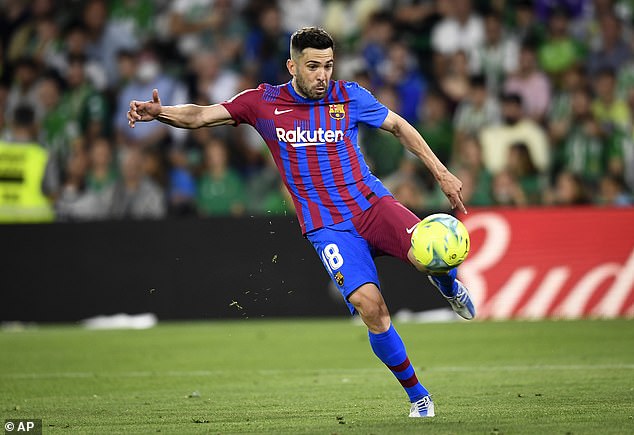 Alba’s winning goal came from a Dani Alves cross. The pair of full-backs that date back to a time when Barcelona had bigger things to fight for.

This season had become about keeping their place at Europe’s top table. They had achieved it thanks to the vintage full-back pairing and with plenty of help from the future of the club – 19-year-old Ansu Fati.

The teenager came off the bench on 75 minutes and scored with his first chance, in only his second appearance since missing three months with a thigh muscle injury.

Barcelona’s number 10 is blessed with at least a little of the timing of his predecessor. But after he had shown his team-mates how to score, Barcelona forgot how to defend allowing Marc Bartra to head Betis level. That meant they needed Alba to serve up the spectacular late winner.

Claudio Bravo went off injured in the first half replaced by Rui Silva and the keeper was soon called into action getting finger tips to a thumping header from Ronald Araujo that crashed off the cross bar.

Betis’ best chance came when Sergio Canales pulled the ball back from the byline and Guido Rodriguez drilled a shot across Neto and off the post. Betis needed the three points to move level on points with fourth placed Atletico Madrid. Barcelona knew a win would confirm their participation in next season’s Champions League.

Both had chances at the restart with Ousmane Dembele shooting into the side netting and Borja Iglesias slipping Juanmi through but the forward’s low shot was smothered by Neto.

Frenkie de Jong then played Pierre Emerick Aubameyang in but he put his shot over. Next to go close was Ferran Torres but his shot was saved by Rui Silva who had done well since coming on. 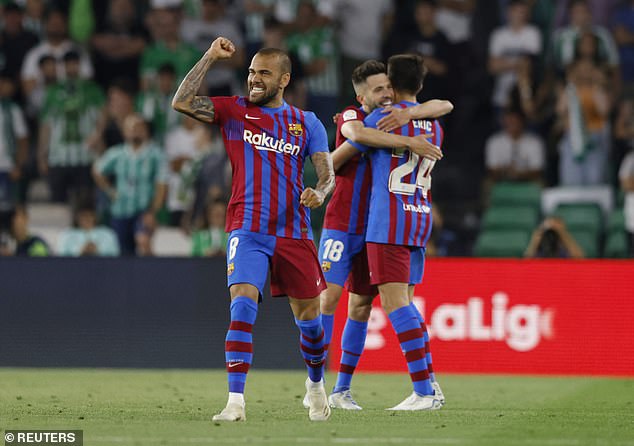 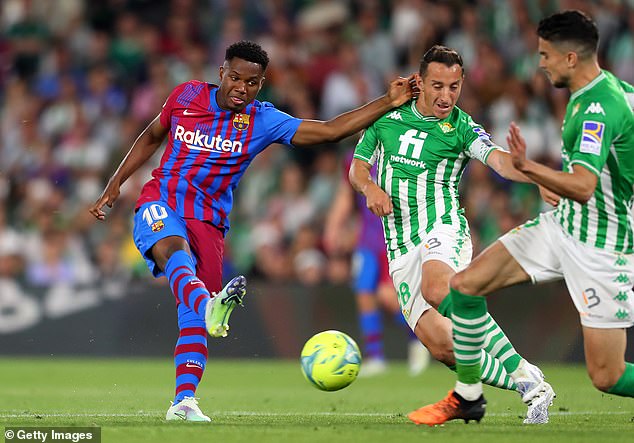 It was Ferran’s last contribution. It was Fati time and no sooner had he come on than he was also on the scoresheet. He killed Jordi Alba’s pass with a brilliant first touch and although his shot was not hit cleanly he got it away so quickly that Bartra couldn’t block it and Rui Silva was wrong-footed.

Betis did not sink without trace though and from Nabil Fekir’s free kick from the left Bartra rose to head past Neto.

They almost turned the game completely around when from their next corner Borja Iglesias headed down and stretching Guido couldn’t turn it in at the far post.

They had settled for a point that would keep their hopes of a Champions League place alive. But Alba had other ideas and with practically the last kick of the game he won it for Barcelona. 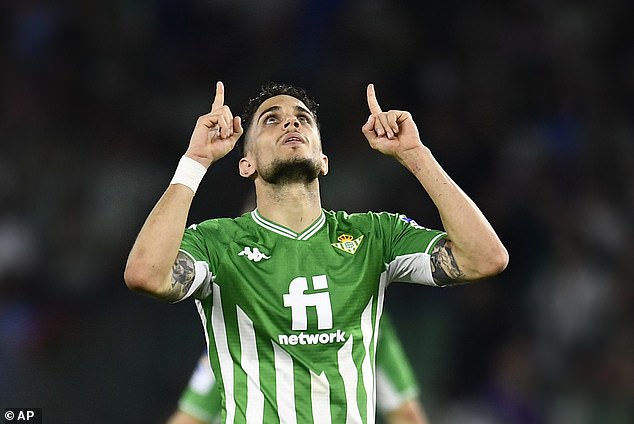