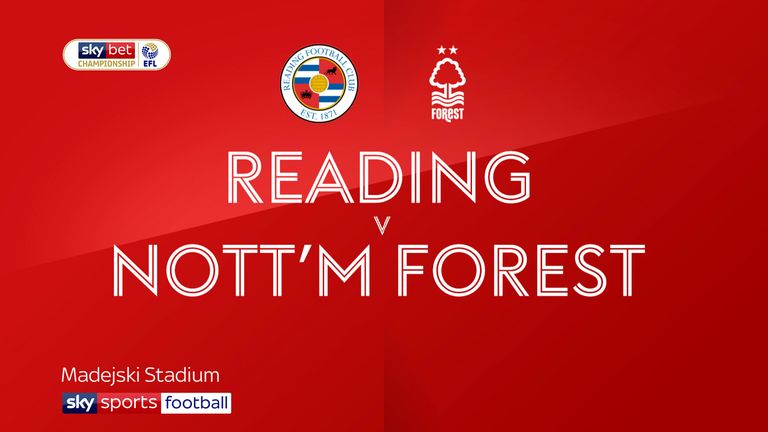 Promotion-chasing Nottingham Forest were denied a fourth successive league victory when they were held to a 1-1 Championship draw in a dramatic finish at mid-table Reading.

Forest went in front deep into stoppage time when skipper Ben Watson lashed home from the edge of the area.

But there was still time for Reading to equalise when defender Tobias Figueiredo turned the ball into his own net from a left-wing cross.

Neither side impressed in a scrappy first half, Yakou Meite going closest to breaking the deadlock when his effort from a tight angle was saved by Forest goalkeeper Brice Samba.

In a more lively second period, Forest top scorer Lewis Grabban had a goalbound chip cleared off the line and Reading’s Tyler Blackett struck a post.

Forest had won their previous three league matches – after a five-game winless run.

Reading had won four league games on the spin to move to the fringes of the play-off places and were unbeaten in seven in all competitions.

It was Reading who started the brighter, with Sam Baldock making a dangerous run into the Forest area until he was crowded out close to the byline.

John Swift then whipped in a low free-kick from the right flank that evaded both sets of defenders and attackers.

Forest gradually worked themselves into contention, with Figueiredo heading over from a Tiago Silva corner.

Referee Dean Whitestone quickly calmed the situation and issued just a warning to both players.

Forest continued to dominate, with former Reading loanee Grabban volleying over after a scramble in the home area.

Watson tried his luck from 25 yards but his shot was deflected into the safe grasp of Reading goalkeeper Rafael.

Reading responded positively before the break, with defender Michael Morrison nodding over from an Adam corner.

Samba then had to make a smart stop at his near post after Meite had broken free of the Forest cover.

Reading exerted pressure at the start of the second period but Forest almost went in front on the counter-attack.

Grabban found space and rounded the onrushing Rafael but his attempted chip into the empty goal was calmly chested down and cleared by Liam Moore.

Reading also could have gone ahead, when Blackett cut in from the left and saw his firm shot cannon off the far upright.