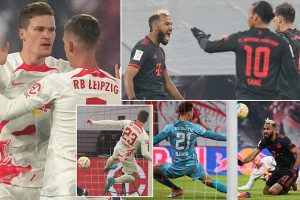 Bundesliga leaders Bayern Munich took the lead but had to settle for a 1-1 draw at RB Leipzig on Friday following a toothless second half, as the league resumed after a two-month break.

Eric Maxim Choupo-Moting put the visitors in front in the 38th minute following a strong first half but Leipzig levelled with Marcel Halstenberg seven minutes after the restart.

Bayern, missing several players through injury, including keeper Manuel Neuer, Sadio Mane and Lucas Hernandez, are top on 35 points, with Leipzig in third place on 29. Second-placed Freiburg, on 30, travel to VfL Wolfsburg on Saturday. 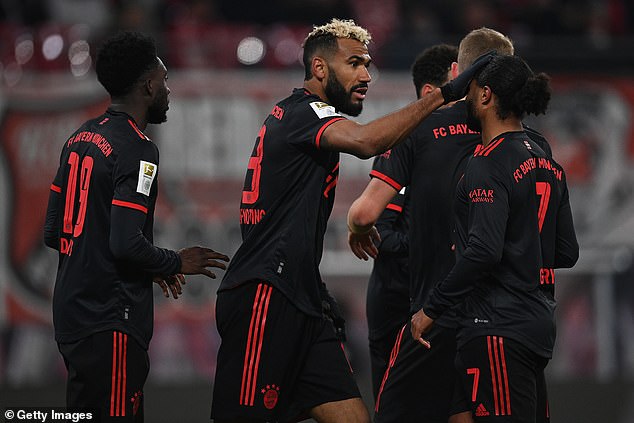 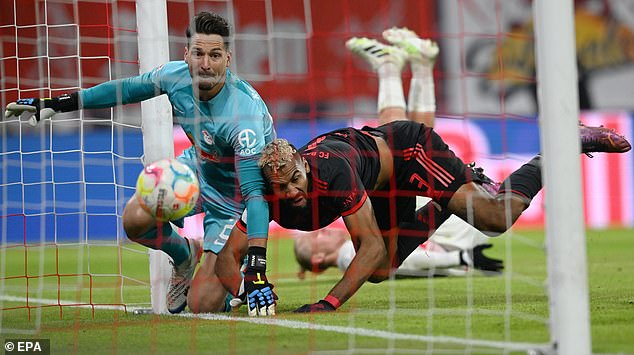 Choupo-Moting scored in the 37th minute, with his goal putting Bayern in the lead

‘Leipzig did it well and both teams were a bit wild today,’ said Bayern coach Julian Nagelsmann. ‘We can improve certain things. We gave away good opportunities so the point at the end was fair.

With Swiss international Yann Sommer in goal, after the keeper was signed on Thursday from Borussia Moenchengladbach to replace the injured Neuer, they got off to a strong start with Serge Gnabry hitting the post in the eighth minute.

Leon Goretzka then put the ball into the net in the 31st but with his effort being ruled out for being offside, Bayern upped the pressure.

It paid off in the 38th when Gnabry floated a perfect cross into the box and Cameroon forward Choupo-Moting beat his markers to tap in at the far post. 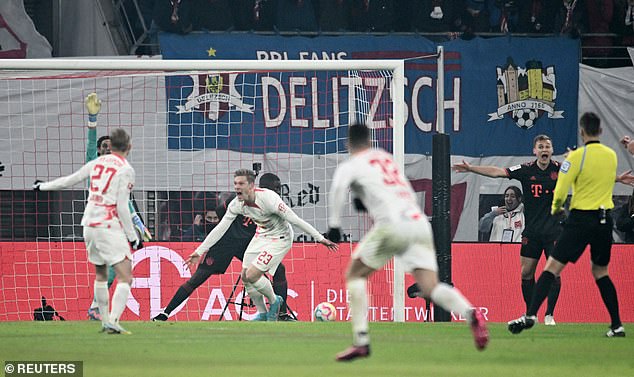 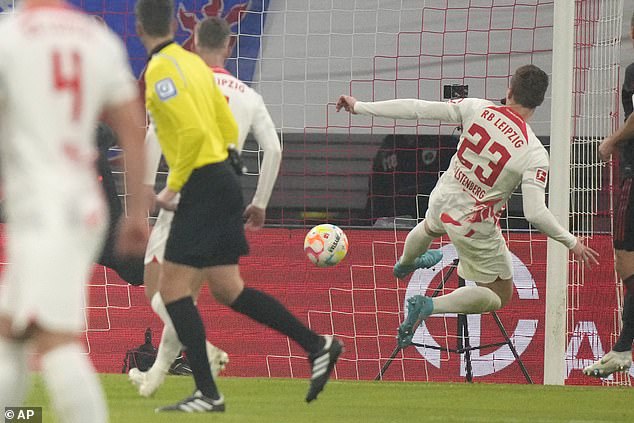 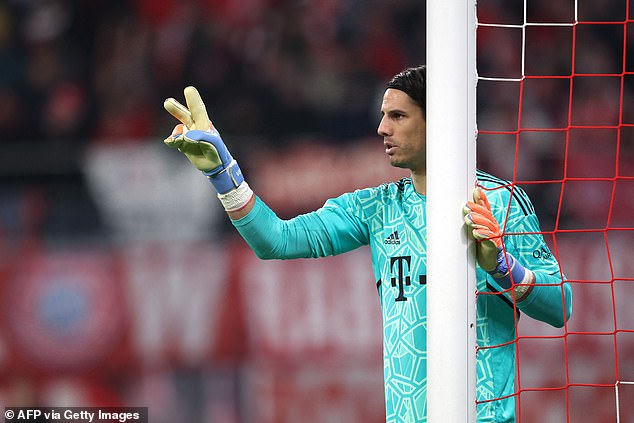 Leipzig, who had not lost a league game since September, struggled in the first half but struck seven minutes after the break with Halstenberg’s effort also at the far post.

‘We felt there was more in it for us,’ Halstenberg said. ‘Bayern made several mistakes today. But we are satisfied with the point. We want to keep stepping on the gas,’ he said.

Bayern, who face Paris St Germain in the last 16 of the Champions League next month, settled for a point after their lacklustre second half performance in which their first effort on goal was in the 87th minute. 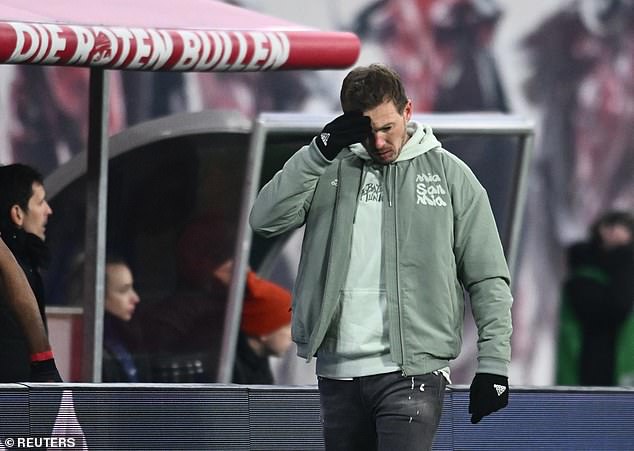