Home » Soccer » Raul is back! Jimenez scores for the first time since skull fracture

Raul is back! Jimenez scores for the first time since skull fracture 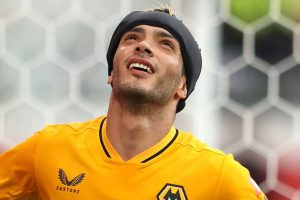 Raul is back! Jimenez finds the net for the first time since horrific skull fracture as Mexican scores for Wolves in pre-season friendly against Stoke

Raul Jimenez has scored for the first time since his horrific skull fracture as the Wolves striker found the net against Stoke in a pre-season friendly.

The Mexican, 30, has been out of action since his distressing injury obtained last November, when he clashed heads with Arsenal’s David Luiz in the early stages of Wolves’ 2-1 win in north London.

Jimenez has been steadily recovering from the serious injury at the club’s Compton training base and returned for full pre-season training under new boss Bruno Lage earlier this month. 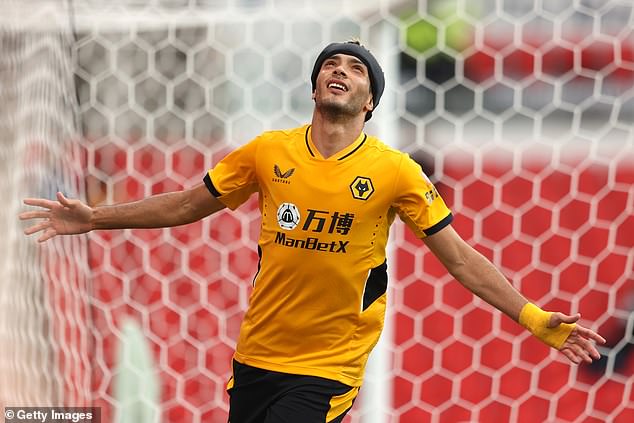 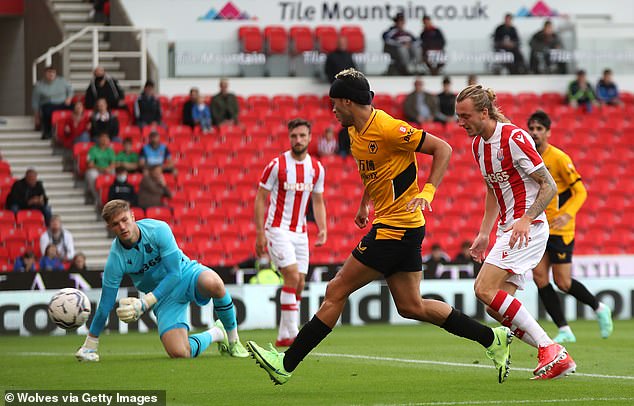 And the former Benfica and Atletico Madrid striker got back on the scoresheet on Saturday after coolly slotting home to equalise after Nelson Semedo’s shot was parried by Josef Bursik.

Due to the nature of his injury, Jimenez will wear a special headband to protect his skull for the foreseeable future. The Mexican was confident in challenging for aerial contests and won plenty of headers in the first half.

A packed out away end warmly serenaded Wolves’ No 9 at the Bet365 Stadium, with the West Midlands club looking to implement Lage’s attacking style of football ahead of the new season. 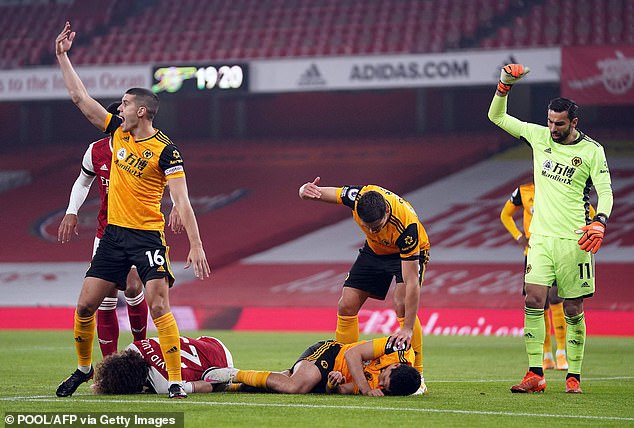 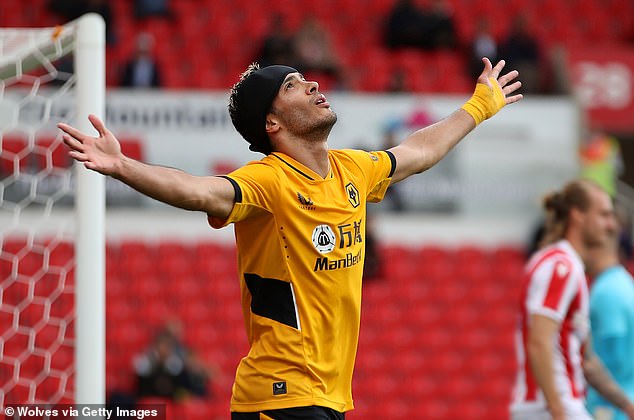 Wolves parted ways with Nuno Espirito Santo at the end of the last campaign, with club chiefs looking to move away from the Portuguese’s organised, defence-first approach.

Wanderers have looked slightly leaky at the back this pre-season, having lost to Crewe and conceded three to Las Palmas, while Danny Batth found the net in the opening half for the Potters.

The Molineux side finished 13th in the Premier League last season – their lowest league position since returning to the top flight in 2018-19. 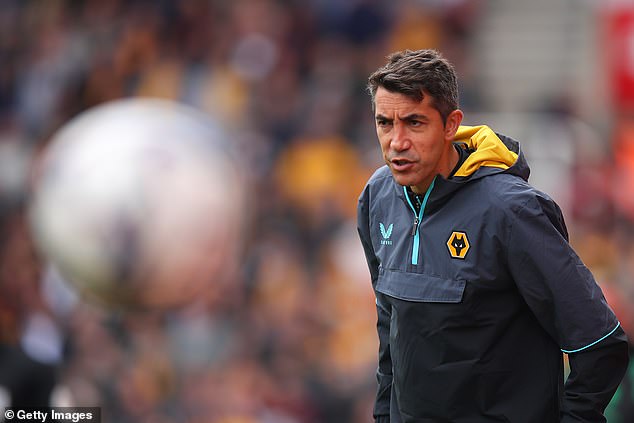