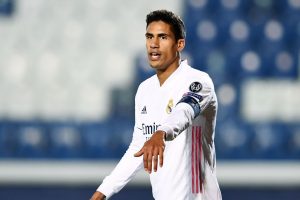 The news surrounding Chelsea at the moment is focused on the club’s Champions League semi-final first leg against Real Madrid.

It follows a week of uncertainty at both clubs following the announcement of a European Super League, from which the Blues withdraw but for which Madrid still cheerlead.

There had been question marks over whether or not this clash would proceed as planned, but it is the latest in a series of key games for Chelsea – who are still in the race for a top four spot and are in the FA Cup final.

Thomas Tuchel will be looking ahead to the summer transfer window – his first at the club – and will no doubt be eyeing potential signings while offloading some fringe players.

Here are the latest transfer rumours from Stamford Bridge.

Under Thomas Tuchel, Chelsea have kept a remarkable 16 clean sheet in 21 matches with a formidable defensive record.

However, that is unlikely to keep the Blues from investing in the position this summer with Real Madrid defender Raphael Varane on their wishlist, according to German transfer guru Christian Falk, as per football.london.

The Frenchman is out of contract in the Spanish capital in the summer of 2022 and he wants to push for an exit this summer, with the club prepared to cash-in on the player rather than risk losing him as a free agent the following year, reported Diario AS this week.

Varane is widely regarded as one of the leading defenders in Europe and would represent quite a coup for the Blues.

Chelsea are preparing a deal to sign 17-year old striker Jayden Wareham from non-league side Woking, according to a report in The Telegraph.

The teenager was recently training with the Blues Under-18 squad and has previously spent time in West London as he was on the books of Queen’s Park Rangers.

Chelsea may look to bolster their youth ranks this summer and recruit domestically as Brexit rules will add a layer of difficulty to signing players from abroad.

Ajax and Netherlands legend Marco Van Basten has urged Hakim Ziyech to consider his Chelsea future after falling out of favour at Stamford Bridge.

The winger has started just 13 league games this season and has scored just once in the Premier League.

Van Basten has claimed that Ziyech has had an unfair time of it at the Blues, failing to gain consistency in Tuchel’s starting line-ups.

"Ziyech again on the bench. When he gets in, that's like a striker. He can do that too, because he is just a good player. I am sad to see rotation… He's just not in the right place. That Werner plays really badly, but doesn't he come in much more often?" Van Basten said, in quotes carried by Sports Mole.

"The system this trainer plays is just not good for Ziyech. Then as Ziyech you have to say: 'You know what? I have to plead [to leave].

"It is now about Ziyech because I have nothing to do with that man. This is not getting along like that. I'm not saying it's bad for Ziyech or bad for that trainer, but it doesn't work like that."