Home » Soccer » Rangnick looking to move Pogba, Martial and Cavani on in January 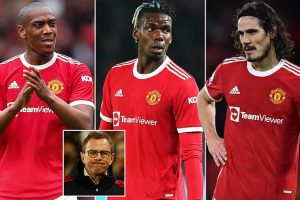 Paul Pogba, Anthony Martial and Edinson Cavani are ALL ‘up for sale in January because Ralf Rangnick thinks superstar trio are killing the mood in the Manchester United dressing room’

Ralf Rangnick is looking to sell Paul Pogba, Anthony Martial and Edinson Cavani this month because they are ‘killing the mood’ in the Manchester United dressing room, according to reports.

United are expected to move some players on before the January transfer window closes, with the club aiming to cash in on Jesse Lingard before his contract expires in the summer.

Pogba is also set to become a free agent at the end of the season, and Bild are reporting that the midfielder is one of three players Rangnick wants out of his squad.

Along with Martial and Cavani, it is believed the interim United boss feels Pogba holds too much influence in the dressing room and is killing the mood amid his spell on the sidelines.

The Frenchman has been out of action since November with a hamstring injury, which could keep him out of action for the next two weeks.

Nevertheless, United are said to be hopeful of tying him down to a new deal despite Rangnick’s reported desire to move him on this month. 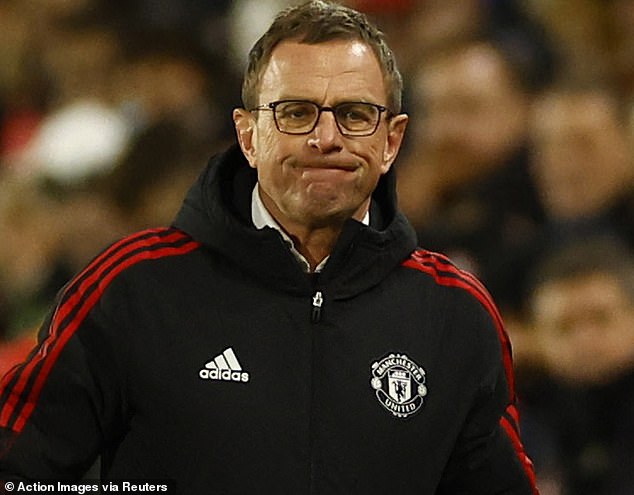 Cavani is in a similar position to Pogba with his deal up in the summer, but the Uruguayan striker is keen to leave himself in January to play regular first-team football elsewhere.

As for Martial, he has already expressed his desire to leave Old Trafford in the near future and the feeling is mutual, with Rangnick hoping to offload him this month.

‘He just needs to play. He doesn’t want to stay in January and I will speak to the club soon.’