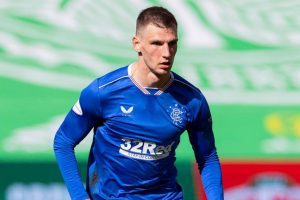 Rangers defender Borna Barisic has branded John Kennedy’s claims that Celtic are still the best team in Scotland as a “joke”.

The Celtic caretaker boss has drawn scorn from the blue half of Glasgow ahead of Sunday’s Old Firm Scottish Cup clash by insisting his side remain top dogs.

But now Barisic and boss Steven Gerrard have bitten back, with the Croatia international even dubbing Kennedy’s words disrespectful to the newly-crowned Ibrox champions, who remain unbeaten on league duty with just four games remaining. “I didn’t hear the comments but I read the interview beforehand and I think that is the biggest joke I heard this year,” said Barisic.

“They didn’t win against us in three games and we are 20 points in front of them, so it is disrespectful a little bit to us. That’s my comment on that.

“You need to be in life always realistic. If someone is better and if someone is 20 points in front of you, you just don’t talk like that. It is disrespectful for all the things we do this season.

“It is not only from him (Kennedy). I know a lot of people talking about Celtic’s situation with Covid and all of these things. It’s like we’ve lost five games or we are just five points in front of them.

“We are 20 points clear in front of them, we didn’t lose a game this year. It is disrespectful to talk about anyone and changes. I am talking about this season. That’s it.”

Gerrard has also stoked the fires ahead of Sunday’s last-16 showdown at Ibrox.

He said: “I don’t really focus on anyone outside Rangers in terms of their opinions. I just focus on what’s happening inside here.

“On the 15th of May we’ll lift our 55th title as a club and I’ll be one of the proudest men on the planet. 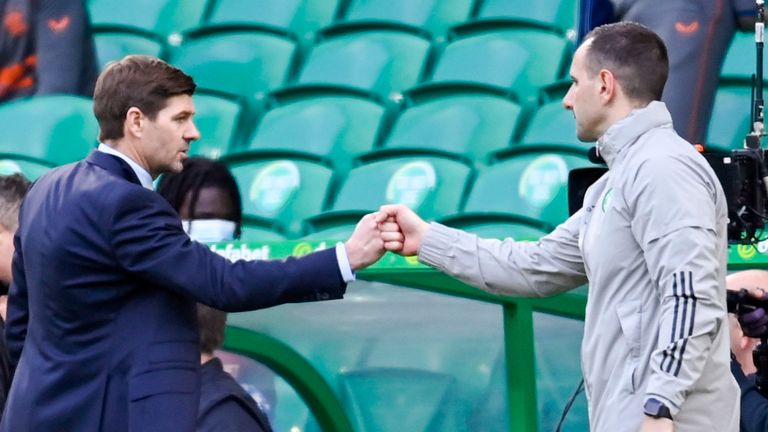 “Where that sits right now, we’re 20 points clear with four games to play with the chance to go unbeaten. So I don’t need to listen to anyone outside Rangers to get a view on that. I know the reality and the truth.

“It’s a date we’re very much looking forward to as a club. Anyone’s views from the outside on that is not really important.”

The Gers have won three out of the last four derby clashes but were not at their best as they secured victory back in January thanks to a Callum McGregor own goal or in the 1-1 Parkhead draw last month.

However, Gerrard is refusing to worry about those displays as he eyes up a potential league and cup double. “We are really proud of our season so far. A couple of defeats in late forties, nearly knocking on 50 games, I think it is a phenomenal record and a real level of consistency,” he said.

“It is very much for us. We need to find a performance that is good enough to progress and that is the only focus here right now.”