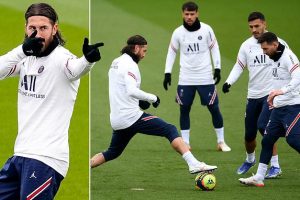 Sergio Ramos could be set to make his Paris Saint-Germain debut after he was included in the travelling squad to face Manchester City on Wednesday.

The Spaniard has not featured yet for the French giants since his arrival in the summer transfer window.

Ramos has played little football in 2021 having been plagued by injuries which has resulted in him making just five appearances for club, at Real Madrid, and country during the calendar year so far. 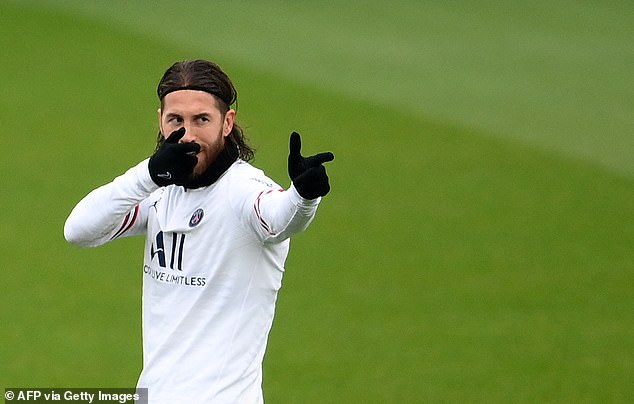 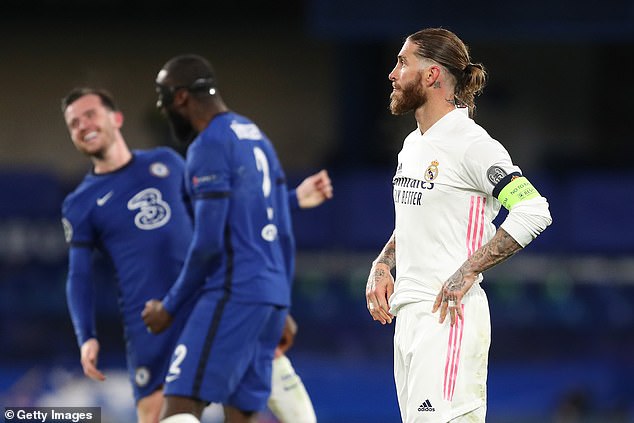 PSG though have now announced their squad who will travel to Manchester for their Champions League clash, revealing that Ramos will be part of the squad for the first time.

Ramos had been in contention to play in the 3-1 victory over Nantes on Saturday but wasn’t risked by Mauricio Pochettino.

Whether he’ll get any minutes against Pep Guardiola’s side is uncertain, but it’s promising news for PSG after speculation over whether the Spaniard would ever get to play for his new side. 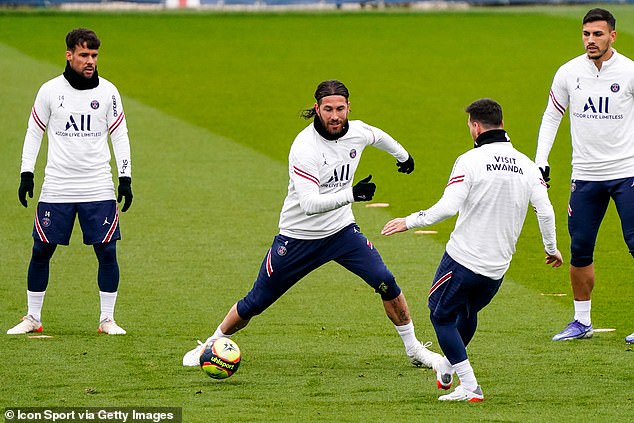 If he does feature, it will be his first time on the pitch since Real Madrid risked him in their semi-final second leg defeat on May 5 against eventual Champions League winners Chelsea.

Manchester City sit a point clear of the French giants with two games left and the pair could both qualify for the knockout rounds on Wednesday.

PSG were knocked out by the Premier League winners last season but won their first game at the Parc des Princes in September, thanks to goals by Idrissa Gueye and Lionel Messi’s first for the club.

He left the club at the end of his contract to join the French giants where he’ll face stiff competition to make the side alongside the likes of Marquinhos and Presnel Kimpembe. 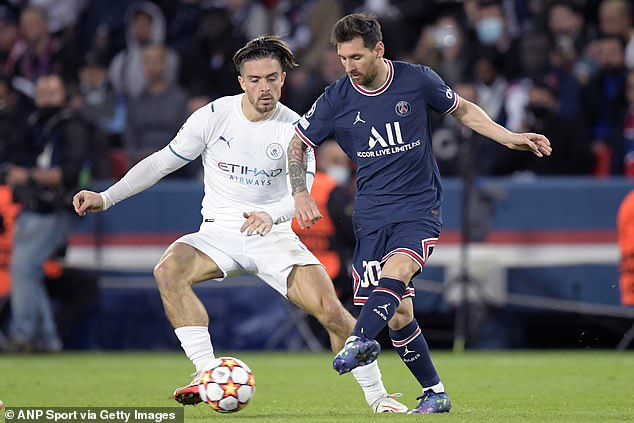