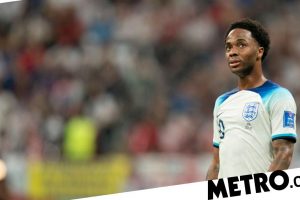 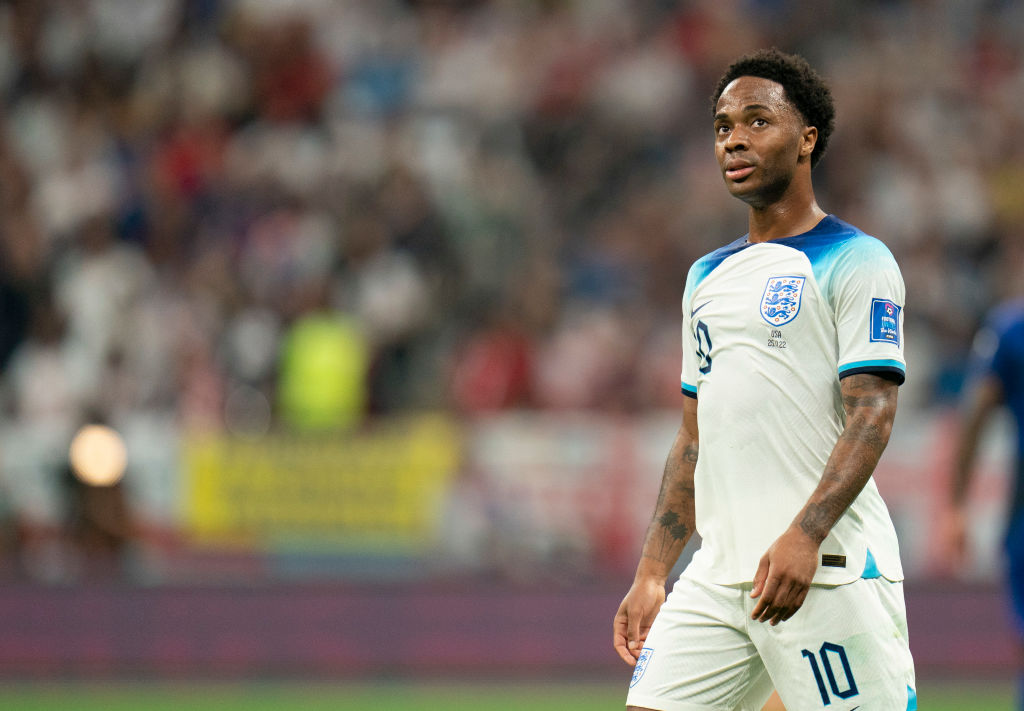 Chelsea and England star Raheem Sterling says he will not return to the World Cup in Qatar until his family are safe following a robbery at his home.

Sterling, absent from the Three Lions’ 3-0 victory over Senegal on Sunday, has left England’s World Cup camp and has returned to the UK after armed intruders broke into his mansion on Saturday night.

Sterling’s young family are all believed to be unharmed but the 27-year-old – one of Gareth Southgate’s most trusted players and a star performer at Euro 2020 – is not ready to return just yet, according to reports, and is currently helping Surrey Police with their investigation.

A source told The Sun: ‘Raheem has told everyone, ‘There is no way I’m going anywhere unless I’m 100 per cent sure that my family can be kept safe’.

‘He is security conscious and part of the reason they moved into the property was that it is on a very exclusive estate, with regular security patrols.

‘Despite this, he has still managed to be targeted, which is very upsetting for Raheem and Paige. They have just moved back to London and want to feel safe.’

Many of his England team-mates have sent messages of support following news of the incident, while according to The Telegraph, some players in Southgate’s squad have put security guards on 24-hour alert over fears it may happen to them next.

England captain Harry Kane said: ‘With Raheem and his family, a private matter, but never easy seeing one of your team-mates and friends having to deal with something like that.

‘The most important thing is Raheem makes the right decision for him and his family.’

Three Lions boss Southgate added: ‘The priority at the moment is family. We will support that and give him as much time as he needs.

‘At the moment it is a situation he needs time with his family to deal with.

‘I don’t want to put him under any pressure with that. Sometimes football isn’t the most important thing and family comes first.’

Sterling scored in England’s first match at the 2022 World Cup as Southgate’s side thumped Iran 6-2 with the Three Lions back in action on Saturday as they face holders France in the quarter-finals.