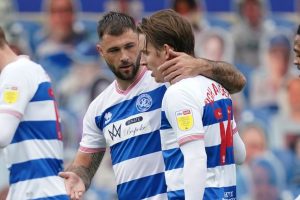 Scotland striker Lyndon Dykes suffered an injury as QPR ended a promising campaign with a 3-1 victory at home to Luton.

It meant the west London side finished ninth in the Sky Bet Championship table and will hope to challenge for promotion next term.

But Scotland boss Steve Clarke will be alarmed that Rs striker Dykes picked up what looked like a knee injury – potentially worrying news ahead of the European Championship.

Dykes, who scored six times in the final eight matches of the season, was hurt by a crude challenge by Glen Rea just before the interval and limped through the final seconds of the first half but did not appear for the second. 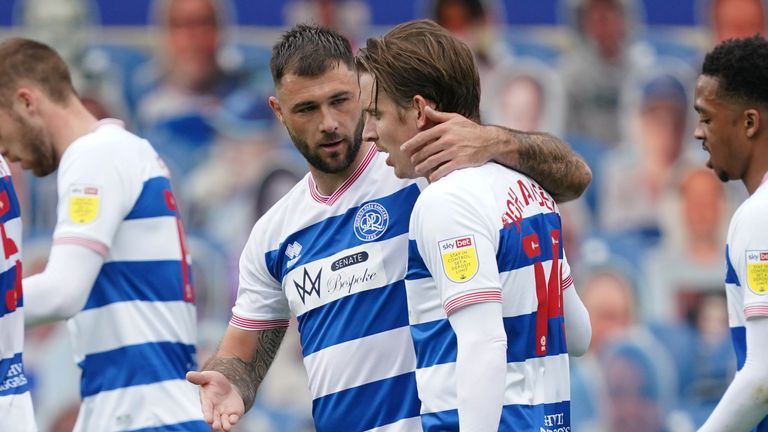 Austin had put QPR ahead after 20 minutes following a burst forward from the back by central defender Jordy De Wijs – his eighth goal since joining on loan from West Brom in January for a second spell at Loftus Road.

Dewsbury-Hall attempted to cut out Johansen’s ball in from the left but succeeded only in heading it towards Dykes, who nodded it down for Austin to finish from near the edge of the six-yard box.

Sonny Bradley nudged Dewsbury-Hall’s left-wing free-kick towards goal but Dieng showed superb reflexes to push the ball on to the post.

But Dieng could not prevent Luton drawing level two minutes before half-time.

He parried Moncur’s shot but was unable to keep out Dewsbury-Hall’s right-footed follow-up despite getting a hand to the ball.

However, Johansen restored the lead with his fourth goal since arriving on loan from Fulham.

The visitors rarely looked like finding another equaliser, although Luke Berry had a left-footed effort saved by Dieng and Hatters left-back Kal Naismith shot inches over.

Substitute Adomah sealed the win by tapping into an empty net in stoppage time after being teed up by Chris Willock.

QPR’s form since January has been excellent, but the turnaround has largely been inspired by Austin and Johansen.

Their chances for next season seem to hinge on retaining them along with young players such as Dieng, Chair and defender Rob Dickie, who might well attract interest from other clubs during the summer.