PSG will reportedly bench Angel Di Maria for Wednesday night’s Champions League showdown with Manchester United. The Argentina international spent a single year at Old Trafford after moving from Real Madrid in 2014. But now, six years on, he’s something of a pantomime villain.

Should they slip to defeat, and RB Leipzig beat Istanbul Basaksehir in their showdown, then their hopes of making the knockout stages will hang in the balance.

And, ahead of the match, French football expert Jonathan Johnson has given some early team news.

He claims Di Maria will be benched, with Moise Kean set to get the nod in attack.

“It sounds like PSG will be going with Moise Kean over Angel Di Maria in attack, Abdou Diallo at left-back & Leandro Paredes in the middle with Marco Verratti & Danilo Pereira in Manchester,” he tweeted.

The last time Di Maria faced United in Manchester, it was an eventful night. 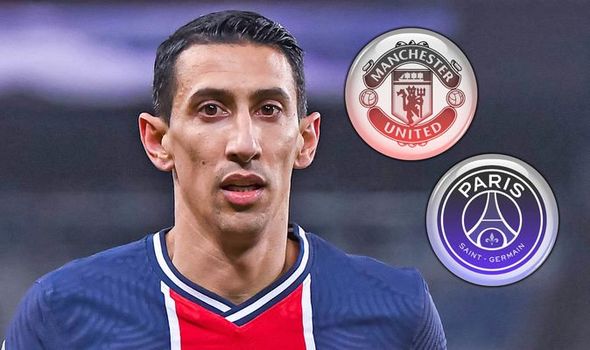 He was clattered into by Ashley Young, sent flying into the stands where fans hurled insults at him with glee.

Di Maria then pretended to drink from a beer bottle that was thrown in his direction while celebrating a PSG goal, with the Ligue 1 giants winning 2-0 that evening.

But he’s since been on the losing side twice against his old club.

Di Maria’s popularity with United fans also dropped when his wife criticised Manchester last year, with Jorgelina Cardoso saying: “I remember Angel coming up and saying, ‘An offer from Manchester United has come in. Maybe we’ll be a little more financially secure…’. 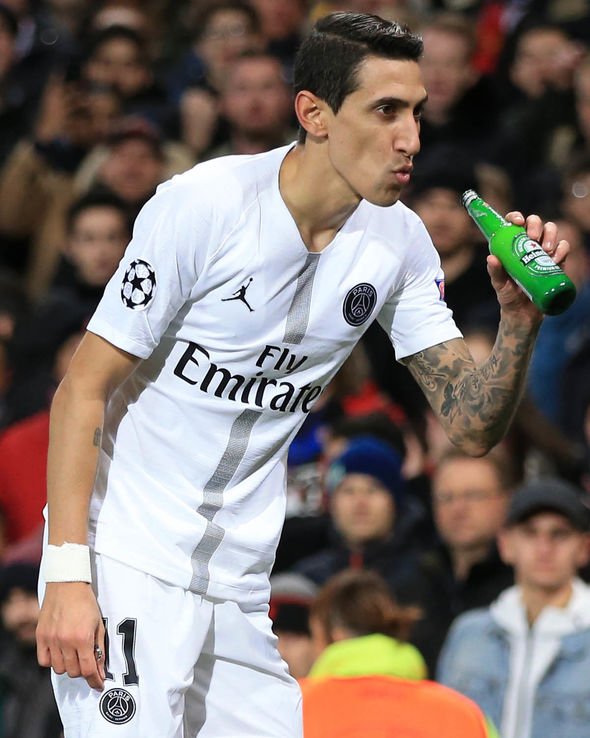 “There was a lot of money involved, and afterwards, the Spanish were calling us peseteros (people only interested in money). And they were right! If you are working for a company and the competition comes along and offers to pay you double, you take it!

“I didn’t want to go to Manchester because at that moment in time, I was friends with Gianinna Maradona, who was married to [Sergio] Aguero, and we flew from Madrid to his house in Manchester to pay him a visit for two or three days when Angel had a few days off at Real Madrid.

“All of it was horrible, we went to the house and we were like… ‘See you later guys, we’re out of here’.

“When we left, I said to him, ‘Go to any country – except England’.

Cardoso also slammed the women who live in Manchester, adding: “I didn’t like anything about it, not a thing. The women are all skinny, prim and proper… weird.

“You’re walking down the street and you don’t know if they’re going to kill you or what.

“All the girls are all dolled up to the nines, perfectly made-up and there’s me with my hair in a bun and with no make-up on.”