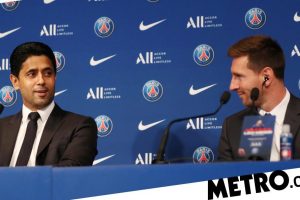 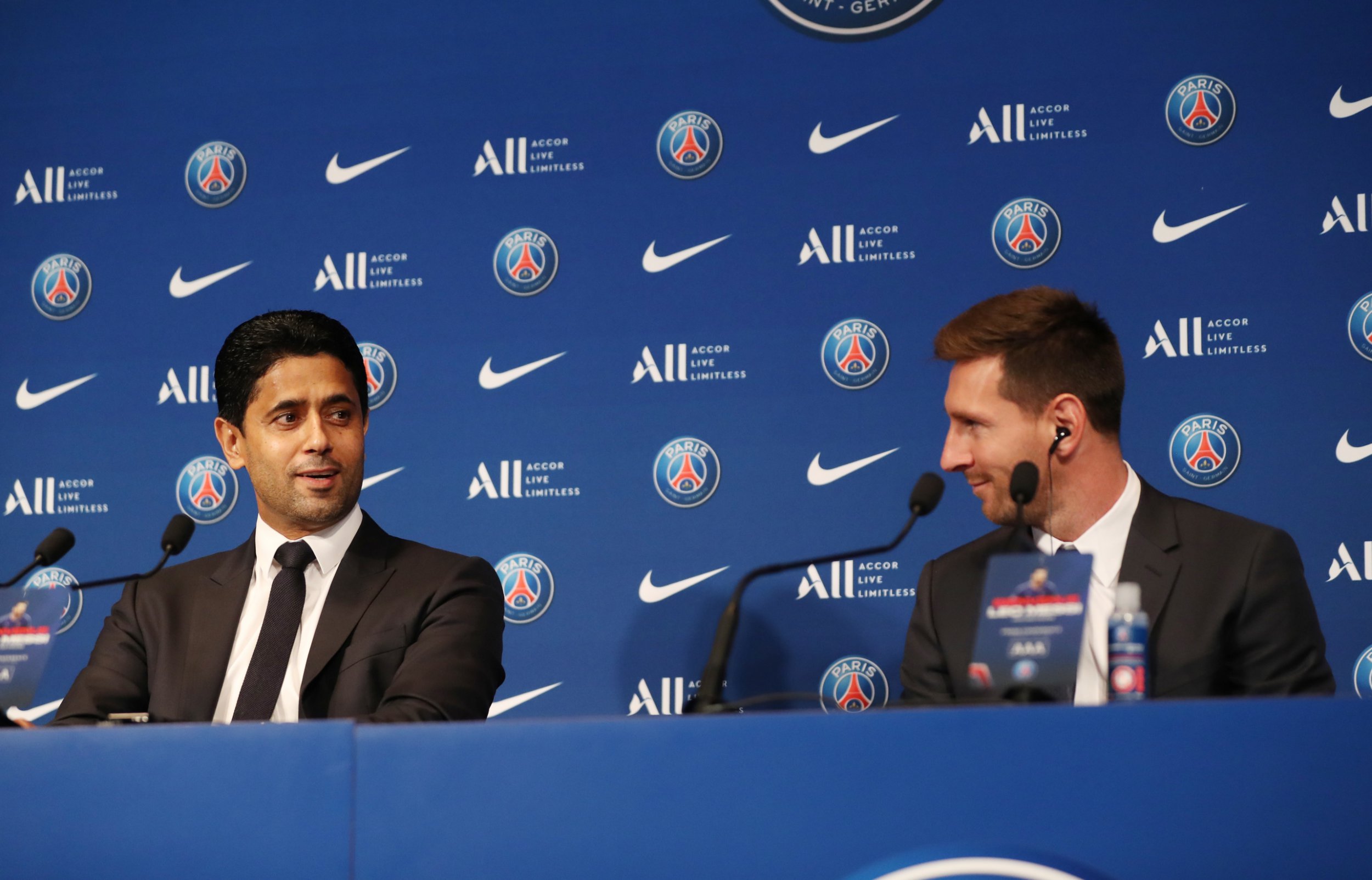 Paris Saint-Germain president Nasser Al-Khelaifi has told Kylian Mbappe that he now has ‘no excuse’ to want to leave the club, after unveiling new signing Lionel Messi on Wednesday.

Messi has arrived from Barcelona, signing a two-year deal in Paris and creating a terrifying front three alongside Mbappe and Neymar in the French capital.

Along with fellow summer signings including Gianluigi Donnarumma and Georginio Wijnaldum, PSG have put together a formidable squad, one that is already favourite to win the Champions League this seaosn.

Al-Khelaifi hopes that this all-star squad will be enough to convince Mbappe that his future remains in Paris for now and the foreseeable future.

The French forward had spoken in the past of taking on a new challenge elsewhere and has regularly been linked to the likes of Real Madrid, Barcelona and Liverpool, but the PSG president now says he has ‘no excuse’ to be looking elsewhere.

‘I think everybody knows the future of Kylian, people from Paris and the players, he’s a competitive player, he wants to win, to win trophies, he’s said it in public,’ said Al-Khelaifi.

22-year-old Mbappe has scored 132 goals in 172 games for PSG since moving from Monaco in 2017, but has hinted at wanting to test himself in another league.

Messi’s arrival will delay that move, though, and the new signing is delighted at the prospect of linking up with Mbappe and Neymar.

‘It’s really crazy and I’m really happy about that,’ said Messi on Wednesday. ‘Sharing the day to day life with them, with all of the squad, there are some amazing transfers so the team is incredible.

‘I really want to train and compete now, I’m going to be playing with the best players. It’s an incredible experience to be able to enjoy this.’