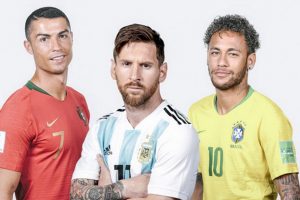 Paris Saint-Germain could reportedly reignite their interest in signing Cristiano Ronaldo after he held "crisis talks" over his position at Manchester United.

The Ligue 1 side were linked with an audacious move for the 36-year-old last summer to replace the Real Madrid-bound Kylian Mbappe in 2022.

Although Ronaldo has since re-joined the Red Devils, the deal still appears to be a potential for the next transfer window.

That's because the five-time Ballon d'Or winner reportedly met with his agent Jorge Mendes, who had jetted to the UK, over the weekend to discuss how they could solve his current issues at Old Trafford.

That has prompted French outlet Le10Sport to once again suggest Ronaldo may be pursued by PSG.

They claim the Parisians are 'obliged to strike hard' to replace Mbappe, and there are only a few attackers in world football who would be able to fulfil this.

If Ronaldo decides he wants out of United at the end of the season, he may be the man they choose, which would bring together a remarkable front three with Lionel Messi and Neymar.

Where do you think Ronaldo will be playing next season? Let us know in the comments section.

The Portugal international may have little choice aside from PSG, with Real out of the question and his playing days growing increasingly numbered.

The report notes that Erling Haaland and Robert Lewandowski are the two priorities for PSG right now.

But they will no doubt add Ronaldo's name to their options list should he become available to buy.

It seems the decision of who will be United's next manager will have a big say in where Ronaldo decides his future lies.

He returned to the club in order to win silverware and so far that hasn't looked achievable.

However, if there is a fresh project for next season which he buys into then he could remain in Manchester.