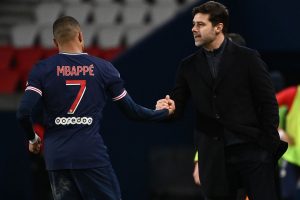 It was considered easy; a win-win. Take charge of France’s behemoths, take a fourth successive domestic title, and take a squad built to storm the Champions League over the victory line in it.

Not so for Mauricio Pochettino. His opening two-and-a-half months as Paris Saint-Germain manager – the ‘first cycle’ prior to the international break – was stacked with 19 fixtures, a slew of injuries to deal with, a group not yet physically conditioned for the football he wants to play and saw him test positive for coronavirus.

The period also produced the Trophee des Champions and success in knockout fixtures, including the 5-2 shattering of Barcelona on the European stage.

Circumstances have been complicated, results have been mixed, only a smattering of performances have been truly convincing, and yet, PSG could still advance to the semi-finals of the continent’s elite competition and unseat Lille from the Ligue 1 summit.

Their 1-0 defeat to the table-toppers on Saturday, which was marked by a Neymar sending off on his first start since February, understandably clouds that outlook.

Losing three successive home league matches for the first time since 2007 does little to dilute the dullness.

And any optimism is further shaded by the presence of defending champions Bayern Munich being the obstacle to Pochettino guiding PSG through the tournament he was hired to win.

Even without the goalscoring excellence of Robert Lewandowski, the Bundesliga powerhouses are pinned as favourites to progress, having got the measure of their opponents in last season’s final.

The loss of the press-supreme forward, who was the best player in the world in 2020, is obviously not ideal and will impede Bayern.

They are, however, well set to absorb his absence. As Pochettino himself put it: “Bayern are not just Lewandowski, who is massive. The real strength of Bayern is the collective.”

The Germans have not been as defensively steely this season, yet their balance and finely tuned system had them filed as the team to avoid in the quarter-final draw.

They are, in raw form, the contrast of what PSG have come to represent: the essence of a team ethos versus superstarcoloured moments.

Pochettino’s side did overcome Barca without its primary celebrity in Neymar and another headliner in Angel Di Maria. Kylian Mbappe, billed as the next super-great, was their decisive edge.

That was a grand statement, but Barca’s psychological fragility in the knockout rounds was there to be played on. Bayern operate off an entirely different script. 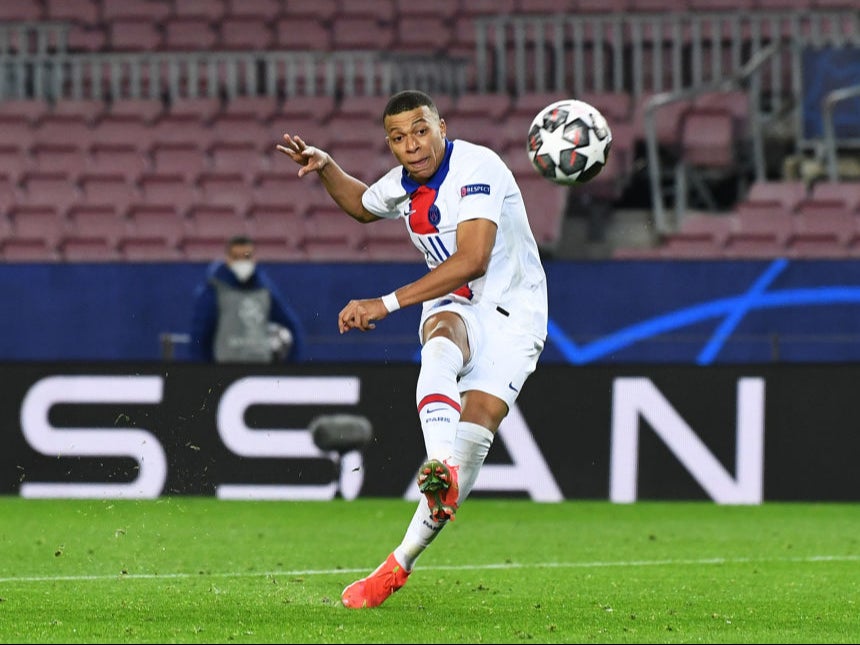 Mbappe helped see off Barcelona in the last round

PSG’s investment in blockbuster players has paid dividends domestically but has failed on the main circuit where cohesion has increasingly trumped the solo contributions of mega names. See also: Cristiano Ronaldo at Juventus.

While PSG’s brilliant virtuosos, led by Neymar, steered them into the final last time around, they ultimately flatlined against Bayern’s in-sync unit.

Doing away with the age of the individual in Paris while equipping his stars with the freedom to flourish was a core reason the club plumped for Pochettino.

He had illustrated the ability to mesh structure and supreme talents at Tottenham, leading them to the 2019 Champions League final against convention.

The resources are far greater at PSG, but so are the expectations while achieving that happy medium is more taxing a task given the higher status of players.

Wednesday’s encounter against Bayern is not just about progress then, but also the long-term methodology of the club.

Can PSG adapt to the shifting sands at Europe’s top table? Can they divorce from the framing of glitz and grandeur to become a more rounded, disciplined team – sans the type of petulance that has typified Neymar’s game when the pressure is cranked up?

Can they change the narrative that they are the antithesis to the current champions?

Pochettino’s second cycle at PSG started with heavy disappointment to Lille, but the rest of his tenure can be instructively shaped in victory over Bayern.