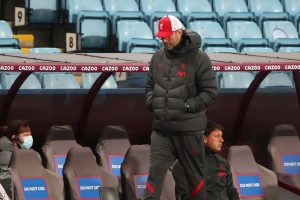 The announcement of the released and retained lists for Premier League clubs this summer have also highlighted Liverpool’s transfer howlers of the past.

Before Jurgen Klopp arrived at Anfield, the Reds had a reputation for blowing vast sums of money on players who would never make the grade for a club aiming to fight at the top of the league.

Many big-money signings ended up as busts before being moved on when Klopp arrived and cleared out the deadwood in his squad.

League rules require all clubs to submit their retained and released lists to the league by June 23, although some players, could technically still sign new contracts.

That means the lists are not yet totally confirmed, but a look at the players who have so far been released sums up the Reds’ past blunders.

Former Liverpool players Andy Carroll, Mamadou Sakho and Nathaniel Clyne are all among the stars announced to be leaving Premier League clubs this summer.

Carroll, now 32, joined Liverpool on transfer deadline day in January 2011 for a then club-record fee of £35million.

But he would score just 11 goals during his 18-month spell on Merseyside, before being shipped out to West Ham.

He would spent seven seasons with the Hammers, but the end of his time in London was severely disrupted by injuries.

That saw him depart for boyhood club Newcastle, but after scoring just one goal in two seasons, he has now been let go.

Elsewhere, Clyne and Sakho were two of 22 players released by Crystal Palace as the Eagles began the process of conducting a major squad rebuild.

The letter has left Selhurst Park after struggling for form and fitness, four years after joining Palace in a £24million move from the Reds.

The defender had joined Liverpool for £18m in 2013, but departed Anfield after falling out with Reds boss Klopp.

His fellow former Red Clyne will also leave managerless Palace, after playing just 13 times since joining on a free transfer.

He had joined Liverpool for a fee in the region of £12.5m in 2015, spending five years on Merseyside and making more than 100 appearances.