Home » Premier League LIVE: Latest updates and standings as top-four race goes down to the wire on final day

Premier League LIVE: Latest updates and standings as top-four race goes down to the wire on final day 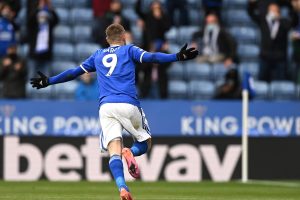 The 2020/21 Premier League season is set to come to a conclusion on Sunday with plenty still to decide.

The race for the top four and those all-important Champions League qualification places is still up in the air with three teams battling it out on the final day.

The equation for Chelsea is simple – win at Aston Villa and they will return to the competition they are in the final of next weekend. Liverpool’s route in is the same with three points against Crystal Palace, helmed by Roy Hodgson in his last game in charge, enough for them to qualify too. FA Cup winners Leicester City, who face Tottenham Hotspur this afternoon, must win themselves and hope one of their two rivals slip up.

West Ham need a point to guarantee European football of their own with Spurs hoping to be able to capitalise if they don’t. The Premier League trophy will be lifted at the Etihad following Manchester City vs Everton where Sergio Aguero will also bid the home crowd farewell as he brings his glittering City career to a close. Boss Nuno Espirito Santo will be waving goodbye too with his four-year spell in charge of Wolves coming to an end after the game with Manchester United with others across the league battling for crucial points and final finishing positions.

We will be across all of it for you throughout the afternoon. Follow it all live here:

30 mins: GOAL! This could be a big goal for the Hammers!

28 mins: Tottenham almost get one back but for some decent defending from Luke Thomas. Nampalys Mendy steps up in midfield but the play is knocked past him into the box. Steven Bergwijn collects the loose ball and eyes up the goal. Thomas comes in from the left, gets in front of Bergwijn and taps the ball into Caglar Soyuncu who clears the danger.

24 mins: GOAL! What have we here? The Blades take the lead over Burnley at Bramall Lane courtesy of a nice finish from David McGoldrick. Can they end their season on a high?

23 mins: GOAL! What a run for Joe Willock. He sends Newcastle in front with his seventh goal in seven games for the Magpies. He carries the ball up the pitch in a driving run. His initial shot rebounds back to him before he strikes the ball on the half-volley. He hits it well leaving the goalkeeper no chance to get across before the ball finishes in the back of the net.

21 mins: Bad news for the home side as Wesley Fofana has to be subbed off with an injury. Nampalys Mendy replaces him but Wilfred Ndidi drops into defence with Mendy taking his spot in midfield.

18 mins: GOAL! Vardy converts from the spot. Leicester are back in the top four as it stands!

16 mins: VAR comes to the rescue for Leicester after Jamie Vardy cuts in from the left hand side. Toby Alderweireld sticks out a leg and brings Vardy down. Anthony Taylor initially plays on but after a look at the screen gives Leicester the verdict.

14 mins: GOAL! It’s a second for Man City. Everton lose the ball on the halfway line and Kevin de Bruyne threads a pass through to the Gabriel Jesus, who turns Ben Godfrey inside the area and coolly slots it home.

13 mins: GOAL! Alex Telles and Dan James combine on the left hand side and it’s James with the cross into the box. 19-year-old Anthony Elanga gets his head to the ball and slots it home on only his second senior appearance for Man Utd.