Man Utd give themselves too much to do at Saints

It was a tale that had been told many times before on Man Utd’s long unbeaten run on the road.

The 1-1 draw saw Ole Gunnar Solskjaer’s side equal the Premier League’s unbeaten away record of 27 games – set by Arsenal’s Invincibles – but just like in many away games last season, they had to do it the hard way after Fred’s own goal gave Southampton a first-half lead.

Yes, United have proved plenty of times before that they have the capability to come back and win games, but that proved a step too far this time around as Southampton held on for their first point of the new season.

United did have their chances and their moments to win the game. They were on top in the first 20 minutes but failed to take their chances before Che Adams’ strike deflected off Fred and past David de Gea.

And once they did equalise through Mason Greenwood, they were firmly in the ascendancy as Greenwood, Paul Pogba and Bruno Fernandes spurned opportunities to win the game, while substitute Jadon Sancho failed to get in the game in the 31 minutes or so he was on the field, and it was picked up on by Solskjaer.

“For a spell there I thought we could cut them open a little bit,” he told Sky Sports. “We didn’t have enough penetration. We lacked maybe some runs in behind and that threat in behind them which will create space for Paul [Pogba] and Bruno [Fernandes] in the middle. So, we’ll work on the training ground and get that sorted. 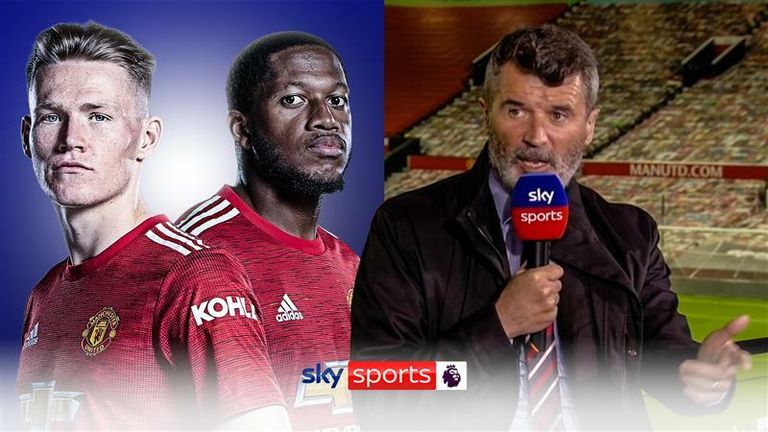 While a point at Southampton is no disaster for United at this early stage of the season, Solskjaer will want to get his players fully up to speed physically and tactically as they won’t want to be left playing catch up too early on as they look to mount a title challenge this season.

Solskjaer’s men were in pole position to push on for victory after Greenwood’s goal, but their lack of cutting edge in front of goal let the momentum slip.

And in what could be one of the most hotly contested Premier League title races for years, with four teams potentially in the mix, United can’t afford to let these kinds of opportunities pass.
Oliver Yew 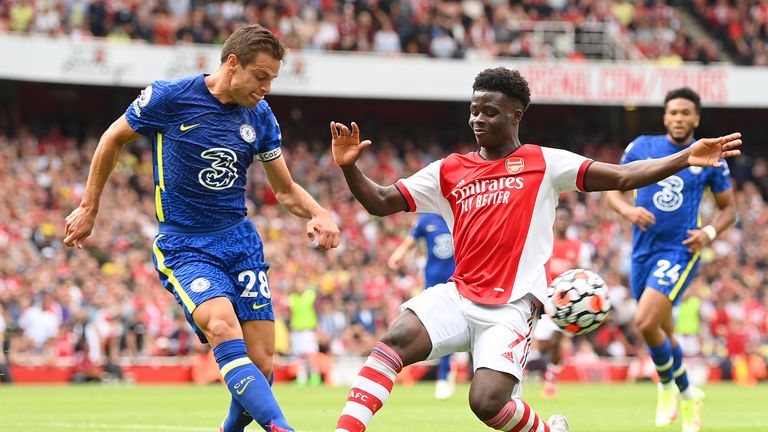 Chelsea are all set for a title challenge this season, make no mistake. For those few teams that are lucky and skilled enough to lift the Premier League trophy you need to be ruthless in both boxes.

Chelsea showed in their comfy 2-0 win over Arsenal that they are well fixed now in the forward department. Romelu Lukaku grabbed the plaudits – and rightly so. However, it was down the other end where yet again Chelsea were outstandingly organised. Thomas Tuchel has instilled so much steel in their defensive unit. This was their 13th clean sheet since he took the reins – that’s five more than any other side in that period. Of course, a defensive unit rarely allows one player to stand out, especially the machine-like Tuchel one, however, Cesar Azpilicueta deserves singling out.

He was simply sensational at the Emirates, dealing with the threat of Bukayo Saka with relative ease, especially in one-on-one situations, whilst also making a fantastic block to deny Emile Smith Rowe an effort on target. His reading of the game remains as good as anyone.

Azpilicueta’s career at Chelsea looked on the wane under Frank Lampard but Tuchel has revitalised him. No player has started more games than him since the German started work at Stamford Bridge (28 games). It’s also easy to forget that he has made the most appearances for Chelsea of any non-British outfield player in the club’s history (431), winning eight major trophies along the way with more likely to come.

Azpilicueta’s legendary status at the club is growing week by week. Chelsea have another captain, leader, legend on their hands.
Lewis Jones

We’ve been here before with Tottenham, starting a season well without playing fantastically.

They rode their luck in the first half hour against Manchester City before improving to beat them last weekend, and on Sunday spent most of their trip to Molineux with their backs to the wall.

Spurs came up against a Wolves side who couldn’t finish their dinner. If they had, the hosts would have won comfortably.

There are shades of Mourinho’s Tottenham from this game at least, as Spurs looked to sit deep and be compact without the ball, but struggled to build with it and were grateful to a questionable early penalty decision that they had a lead to hang onto.

“When you are not able to do a lot of things, throw yourself in front of the ball,” was how Nuno Espirito Santo described his side’s manner of defending. And Spurs did marshal their 18-yard-box well from first minute to last, but that won’t be enough long-term.

Tottenham will have to improve before results start catching up with them. This could prove another transitional season under a third manager in less than two years, but if Spurs spend another year off the pace then their job to get back to the top gets even harder, and that’s without mentioning Harry Kane’s future.

The wantaway striker became their chief creator last season, topping the division assist charts, and it would be far more than just his goals that they would miss if he does leave.

Either way, Nuno is too long in the tooth to consider trying to survive matches in that manner every week. Because Spurs won’t spend long at the top of the table playing like that.
Oliver Yew

“It is clear looking across Europe that we are dealing with a difficult transfer market due to the impacts of the pandemic.”

Those were the words of Stan and Josh Kroenke in Arsenal’s programme notes on Sunday. If they are inferring the market has inflated, there was clear evidence of that on the pitch.

The Gunners were beaten up by Chelsea’s club-record signing at the Emirates, a man they sold for a third of the price seven years ago, and Arsenal themselves have spent more than any other club this summer, albeit on five players. Their new back-up goalkeeper, costing £24m, was on the bench.

Romelu Lukaku looks as close to a guarantee as you can chuck nearly £100m at, but unfortunately for Arsenal, they must spend tens of millions on potential to re-build. Or, as Arteta keeps suggesting, they could squeeze more out of what they’ve got.

Asked how he will pick his side up for the trip to Man City next weekend, he said: “Try to give them confidence and tools and belief that football changes really quickly. I don’t want to see anybody feeling sorry for themselves or for the team because that’s not going to help us.”

Arteta needs his current crop to work harder for him – his buzzword at the moment is passion – but 20 months in, the reverse may also be true.

This rebuild isn’t happening overnight, but given Arsenal fans are clinging onto brief signs of progress, you wonder whether the partnership will ever succeed, no matter how much money is chucked at it.
Gerard Brand

Another near miss for blunt Wolves

Last season, only the Premier League’s bottom four scored fewer goals than Wolves. Admittedly, they spent much of the season without their main striker, Raul Jimenez, and had a raft of other injuries, but the lack of goals was likely a contributing factor in Nuno Espirito Santo’s summer departure.

Fast forward three months and Nuno watched on from the touchline – on the other side – as Wolves once again struggled with the same lack of final product. But now, it’s Bruno Lage’s problem to solve.

For much of the game – bar ten-minute spells at the start and end – Wolves were absolutely superb. There was slick passing, bursting runs from Adama Traore down the wings which bamboozled Japhet Tanganga and Davinson Sanchez at every turn. Even centre-back Conor Coady was spraying beautiful, long passes forward.

However, the lack of that final bit of quality was Wolves’ downfall for a second successive week. Jimenez curled an effort over the bar, Marcal did the same with a header, while Traore saw the best chance saved by Hugo Lloris’ legs. Wolves had an incredible 25 shots on Sunday, adding to their 17 against Leicester last weekend.

Goals scored from those 42 shots? Zero.

“I’m unhappy about the result but confident about the work we are doing and with the way we play, the future will be good,” Lage told Sky Sports after the game. “The most important thing is the way we create chances, and the goals will come… I’m confident with our process.”

It’s an issue Lage must address soon, with nine days left in the transfer market too. Everything is there for Wolves to succeed and even push again for Europe – but they have to start scoring goals otherwise it could be a long season ahead.
Charlotte Marsh