Liverpool will retain their Premier League title in style this season, according to a supercomputer which predicted the final standings. Aston Villa are predicted to surprise everyone and finish in second place, while Manchester United are predicted to miss out on European football.

Liverpool are currently sat on top of the Premier League table after an impressive spell of form.

They’ve lost just once in the opening 15 games of the campaign, and are looking in a good position to win their second league title in a row.

Manchester City, who pushed Liverpool the closest last season and won the two prior titles, are currently floundering in eighth place after a sloppy start.

Pep Guardiola inked a new contract extension to keep him at the Etihad for another four years, and they could improve in the January transfer window if they go out and buy a much-needed striker. 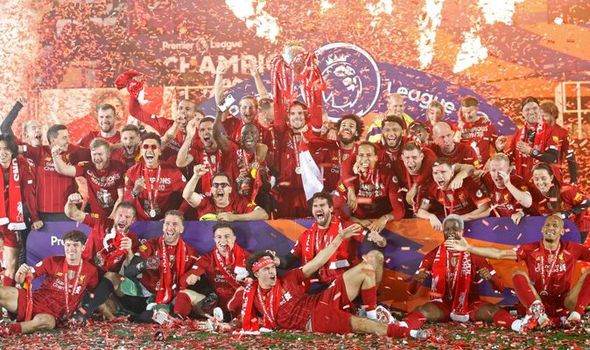 But the supercomputer at FootballWebPages predicts City will just about scrape into the European places and finish sixth.

If that were to happen, City would have to win the Champions League in order for the season to be considered a success.

Arsenal, who have started the campaign appallingly, are tipped to continue their poor form and finish in the bottom half of the table.

Back-to-back wins over Chelsea and Brighton have lifted spirits at The Emirates, they’re still just 13th in the table.

And the predicted table doesn’t give them much hope of improving things much further, as they’re tipped to stay in that position in the final standings.

Another man tipped for a disappointing second-half to the season is Ole Gunnar Solskjaer, who has currently got his Manchester United side playing terrific football.

The Red Devils got off to a slow start, but have worked their way back into form and are now just two points behind Liverpool.

But the predicted table has them dropping off in a major way towards the end of the season and finishing in seventh place. 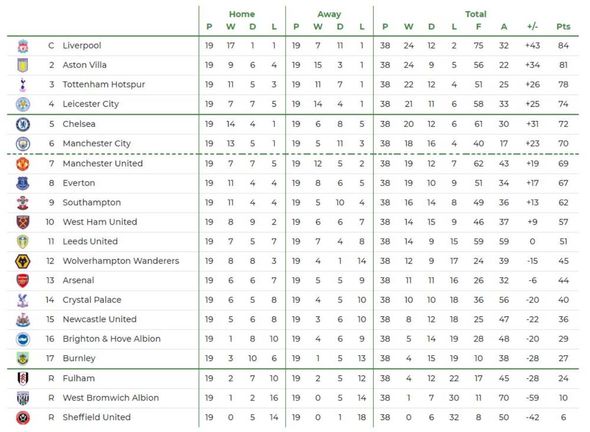 Chelsea are expected to finish in fifth place, which wouldn’t be a bad finish for them considering they’re currently sat in sixth.

The supercomputer predicts Aston Villa will be a surprise package and finish in second place behind Liverpool, just three points behind the eventual champions.

Tottenham, who have slipped down the table in recent weeks, are tipped to climb back up to third and finish just above Leicester City.

The Foxes are currently in third place in the table after a solid start to the season, but have played more games than the two sides below them.