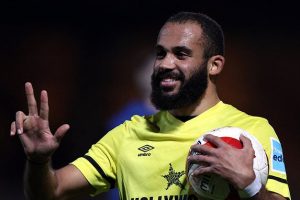 Twenty two men, two goals and a bag of air. Those, as Darrell Clarke rather unromantically pointed before this visit of Brentford, are the only ingredients for a game of football. And after 90 minutes at Vale Park, Brentford are through to the fourth round of the FA Cup, Port Vale’s stay in the competition over for another year.

But what a bonkers afternoon those blokes and that blown up ball produced.

For 45 minutes, there was a yawning chasm of quality between these teams. Brentford led through Marcus Forss’ goal and controlled this third-round tie at a canter. 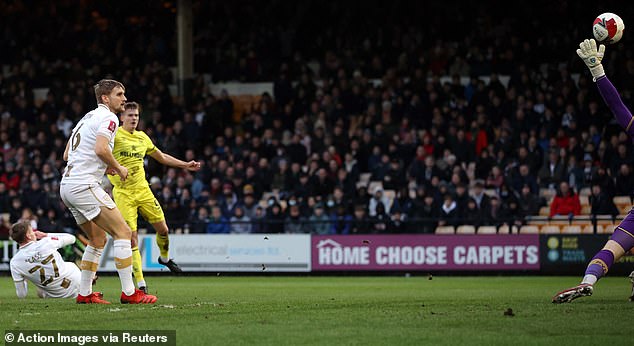 But then something changed as night closed in. As League Two Port Vale made a mockery of the 62 places between them and their top-flight visitors. As three goals and a flurry of drama was squeezed into 20 minutes that threatened to produce another famous Cup tie in these parts.

First Dennis Politic went close for Port Vale, then Bryan Mbeumo looked to have killed the game with Brentford’s second.

Then Kian Harratt’s header gave Port Vale hope with 20 minutes left. Then David Worrall hit the post for the hosts. Then Politic missed an open goal.

Then Mbeumo scored again and eventually Vale’s race was run.

Still there was time for the forward to complete his hat-trick after Ivan Toney was brought down inside the area. Port Vale hadn’t played for nearly a month before this as Covid stalled their League Two promotion push. Both sides have earnt a rest after that. 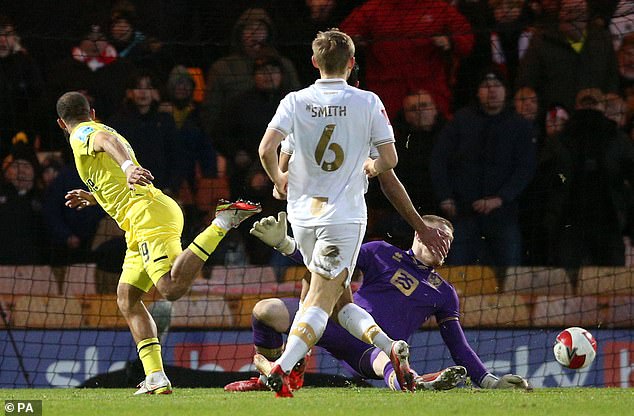 This place had laid dormant for 42 days, dark and deserted ever since victory over Hartlepool in late November.

No wonder it was a hive of noise and pent-up energy once the lights were switched back on and a game of football broke out at long last. The visit of Premier League opposition did no harm, either; Vale needed no shreds of encouragement to turn up the volume another notch.

But Brentford keeper Jonas Lossl provided some anyway. Inside the opening few minutes of his debut, the January signing rushed out from goal and was beaten to a through ball. Then his clearance was partially charged down.

Unfortunately for Vale, that was about as good as it got. By half-time, Lossl’s team-mates had made their quality count and punctured much of the early enthusiasm. 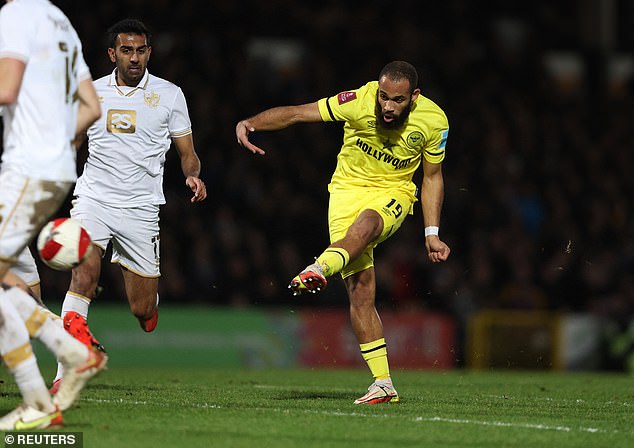 For 20 minutes, Brentford eyed death by a thousand passes. Then they decided to turn the screw.

First, after a long throw from Mads Bech Sorensen was not cleared, the ball clattered around the Vale penalty box and eventually dropped to Yoanne Wissa. But his touch was heavy and Aidan Stone managed to collect.

Forss gave the goalkeeper no such chance a few minutes later, thumping home from 12 yards out.

The ball was put on a plate for him by Mads Bidstrup, who drove towards the box before finding a neat reverse ball. 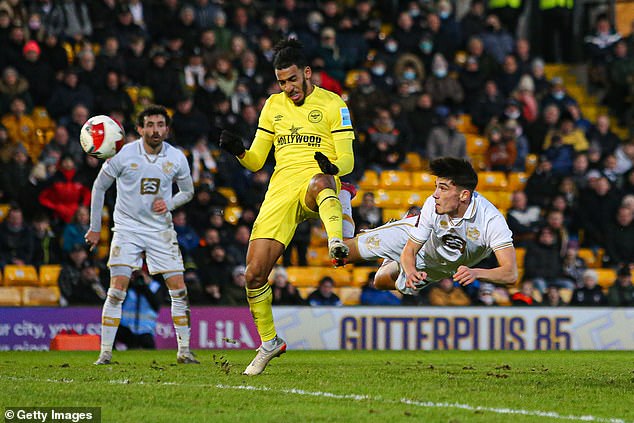 He was the half’s standout player, orchestrating the waves of Brentford possession that slowly sucked the life out of Vale Park.

Brentford really should have stretched their lead by the break. Vitaly Janelt curled a shot just over and then, on the stroke of half-time, Wissa’s floating shot came off the bar before Stone denied Kristoffer Ajer’s rebound.

For a while, all that was lacking? Clear-cut openings for the League Two side. Eventually one arrived shortly after the hour mark, when Ben Garrity’s cross from the right found substitute Politic. But his goalbound shot was somehow blocked by Mads Roerslev. 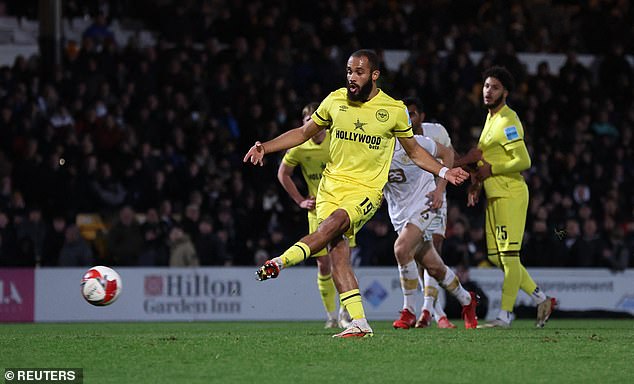 It seemed that miss would prove costly when Mbeumo raced through and gave Brentford breathing space.

But then Harratt stooped to head home and this place had life once more.

Worrall thought he’d levelled the game but his effort at the back post was kept out by a combination of Lossl and the woodwork.

The Brentford goalkeeper was left stranded moments later when Politic beat him to a through ball and the goal sat empty. But the forward fluffed his lines and soon Mbeumo closed the show. The Frenchman curled home from the edge of the box and then beat Stone from 12 yards.

By then, though, nothing could stop Vale Park rising at full-time. How they have missed those 22 men and that ball of air in these parts. 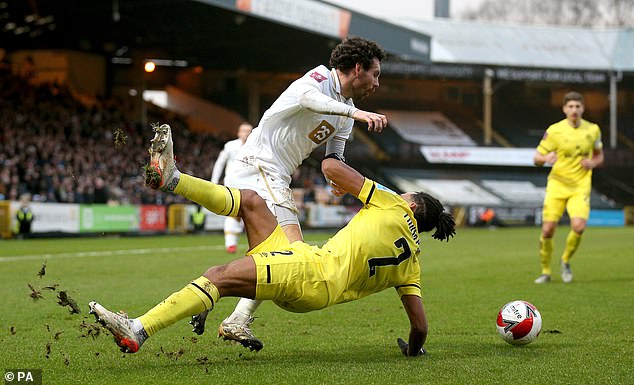