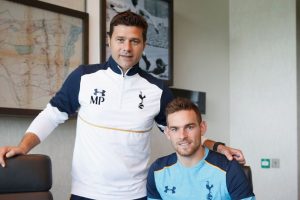 The reports linking Mauricio Pochettino with the vacant Manchester United manager’s job is drawing fresh analysis over his career as a boss so far.

The Argentine has been a manager for 11 years, taking in spells at Espanyol, Southampton, Tottenham Hotspur and Paris Saint-Germain.

In that time, Pochettino has spent a massive £461,682,068.40million on transfer fees on 52 players, though some have worked out much worse than others.

With United set to be heavy players in the upcoming transfer markets, United will need to know they can trust his judgement.

Some may argue this is slightly harsh on Tanguy Ndombele, but a player signed for a club record fee should deliver immediate results.

Pochettino appeared to be reluctant to play the Frenchman during the four months that they spent together, despite him being the most expensive player he’s ever bought.

While the then-Spurs boss insisted that Ndombele would take time to adapt to the Premier League, the midfielder is still yet to live up to his hefty fee two years later.

Is Mauricio Pochettino the right man to take over at Manchester United? Let us know in the comments section…

While Sergio Ramos appeared to be another PSG masterstroke in the summer when he arrived on a free transfer, it has been a disaster so far.

Ramos is still yet to make his debut for the French side more than five months after arriving at the Parc des Princes.

There have even been reports that PSG are ready to cut his contract short, with Ramos struggling to prove his fitness.

Dani Osvaldo was a club-record signing when Pochettino bought the Italian from Roma in October 2013.

He would score just three times for the Saints, though one of them was a stunning to claim a draw against Manchester City.

Things quickly fell apart for Osvaldo on the South Coast, with the striker released in 2015 after instigating a training ground fight with Jose Fonte.

Injuries rather than poor form ultimately scuppered Clinton N’Jie’s career at Tottenham, but he spent just one season at the club.

He joined from Lyon in 2015, making only 14 appearances in all competitions before returning to Ligue 1 with Marseille.

The attacker failed to start a game in the Premier League during his short-lived time at Spurs and also failed to score a single goal.

Signed to fulfil the role of back-up for Harry Kane, Vincent Janssen was unable to settle in the Premier League.

Janssen was the second most expensive players Spurs signed in the 2016 summer transfer window.

But the striker would register just a measly six goals in his 42 appearances, with all those strikes coming in his first season.

After returning to White Hart Lane with an injury in the summer of 2018, Janssen was not assigned a shirt number before joining Mexican side Monetrrey a year later.

Signed as the replacement for Michael Dawson, Federico Fazio spent just one season in Pochettino’s starting-up before being ditched for Toby Alderwield.

Fazio was sent off on his Premier League debut after bringing down Sergio Aguero in a 4-1 loss to Manchester City.

He suffered the same fate against Asteras Tripolis in the Europa League a month later before being sent back to Sevilla.

His career since has not gone well, with reports in Italy in September stating he was preparing to sue Roma in an effort to get back into Jose Mourinho’s team.