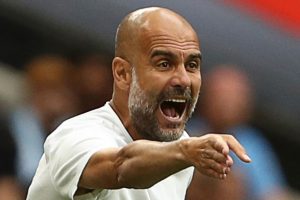 Pep Guardiola fears another slow start this season for his Manchester City side but insists there will be no complaining or crying.

City dropped points in five of their opening eight Premier League games last year after a late finish to the previous pandemic-hit campaign denied them any significant break or pre-season preparation.

Things have been slightly better this summer but still well short of ideal due to a number of international players having only resumed training a matter of days before Sunday’s league opener at Tottenham.

City turned the situation around spectacularly last year as they embarked on a 28-game unbeaten run from late November to take command of the title race and ultimately win it at a canter.

Guardiola expects the same mental fortitude may be needed again. 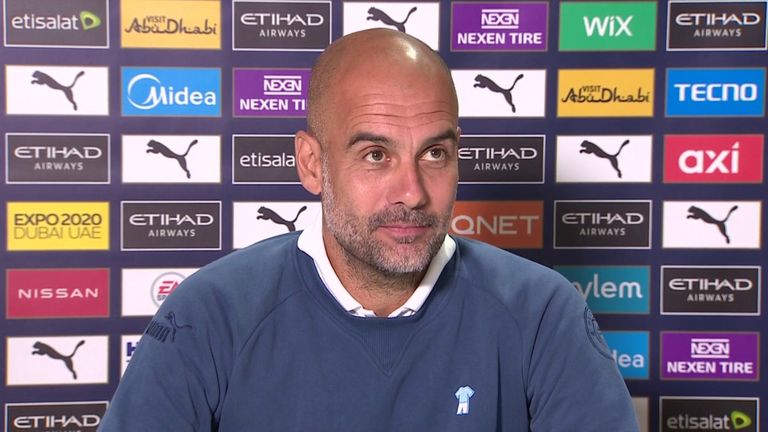 The Spaniard said: “Before, it was four or five weeks for preparation in pre-season. Now Thursday is the first day we were all together. It is completely different.

“It is similar to last season when we played against Wolves without any friendly games having been played. People asked me how the team was and I didn’t know! I hadn’t seen them.

“That is why the mentality and being strong in the head will be important. We know we are still a way from our best condition.

“We couldn’t have a pre-season for 75 or 80 per cent of the players but the most important thing we did last season was adjust, adapt and not complain.

“Day by day, week by week, game by game, we rejoined the players to the team dynamic and put them in the best condition. That’s why we had success last season because we did not cry in the beginning.

“We looked at what we could do to improve the team and when we arrived in some moment we started to win and win and win, and during four months we were unbeatable. That is why we won the Premier League and we arrived in the last stage of all the competitions.

“I think now we are not ready but we will see.”

Guardiola has already defended the club’s spending after their British record £100m signing of Jack Grealish last week prompted questions from some quarters over how they could still comply with Financial Fair Play regulations.

With the club continuing to be linked another potential big-money signing in Harry Kane, the City boss felt the need to do so again, particularly after some remarks from Liverpool manager Jurgen Klopp on Friday. The German said he could not understand the seemingly limitless spending power of some clubs.

Guardiola said: “We spend because we can do it. We don’t spend when we cannot do it. We invest what we can invest.

“We have limits for Financial Fair Play. If they are not agreeing they can go to the court, make a statement and we will defend [ourselves].”