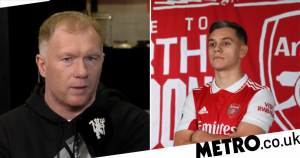 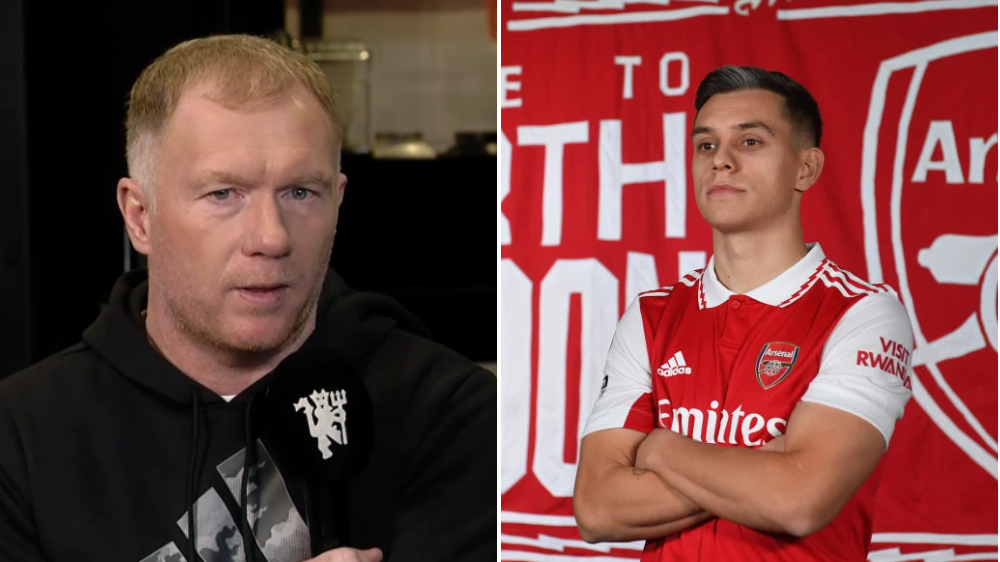 Paul Scholes believes Arsenal will be in a superb position to win the Premier League if they secure ‘two or three more’ January additions following the arrival of Leandro Trossard.

Trossard made his Arsenal debut as a substitute in Sunday’s thrilling 3-2 victory over Manchester United, while Kiwior watched on from the stands.

Scholes believes Trossard will be a ‘great signing’ for Arsenal but says the north London club should be looking to get more business done before the January transfer window closes next week.

‘When you are going for titles, you need strong squads, you need players who can come in and replace players,’ former Manchester United and England midfielder Scholes told Premier League Productions.

‘Those players that come in might not always be as good as the starters, but they might even be better from the bench.

‘When Leandro Trossard came on for Gabriel Martinelli, I didn’t think it weakened Arsenal, it really didn’t.

‘So I think Trossard is a great signing. Two or three more would really boost this team to go on and win the Premier League.’

Trossard’s move to north London could put pressure on Martinelli but the Brazilian insists the Belgian star will ‘help a lot’.

‘He did very well at Brighton and will certainly help a lot,’ Martinelli, who has scored seven goals in 19 Premier League games this season, told ESPN Brazil.

‘We are trying to welcome him in the best possible way so that he can be calm and show his football.’

Arteta, meanwhile, has discussed Arsenal’s January move for Kiwior and insists the 22-year-old will provide ‘strength and quality’ to his defence.

‘It’s great that Jakub is joining us,’ said Arteta. ‘He’s a young versatile defender who has shown huge potential and qualities with Spezia in Serie A, and also at international level with Poland.

‘Jakub is a player who will give us strength and quality to our defensive unit. We welcome Jakub and his family to Arsenal and look forward to working with him.’