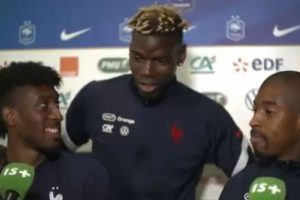 Paul Pogba is no stranger to transfer speculation during his time at Manchester United and this summer looks set to be no exception. Pogba will be concentrating on France’s European Championship campaign this summer, but as he enters the final year of his contract, rumours are likely.

The midfielder’s United contract expires in June 2022 and his agent, Mino Raiola, has previously stated his client would not sign a new one with the club.

In an explosive interview in December, Raiola said Pogba was “unhappy” at Old Trafford and that “the best solution for all concerned is if he moves in the next window”.

Things have improved for the 28-year-old since then, with Pogba playing a central role in the second half of the 2020/21 season under Ole Gunnar Solskjaer.

Pogba made 42 appearances in all competitions for United last season, contributing six goals and six assists.

According to ESPN, United will seek talks with Pogba after the Euros because they are worried about losing him for nothing next summer.

JUST IN: Patson Daka to Liverpool would leave Michael Edwards with two issues 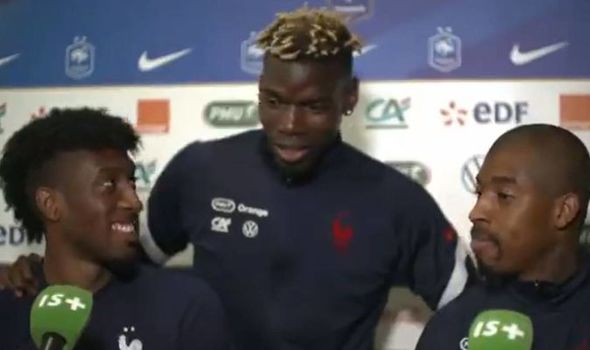 He would be free to discuss a free transfer with other clubs from January, but the report states there are ‘doubts about whether Real Madrid, Barcelona or Juventus could afford’ the financial outlay required to sign Pogba.

With that in mind, United supporters may be heartened by a lighthearted exchange between Pogba and his France teammates Kingsley Coman and Presnel Kimpembe.

Coman and Kimpembe were doing an interview with INFOSPORT ahead of the start of the Euros on Friday when Pogba sprung up from behind them to ask them what they were discussing.

“Yeah, so?” said Pogba, who was born in the Paris suburb of Lagny-sur-Marne.

Coman, who is also from the French capital and began his career with PSG, then said playfully in reference to PSG president Nasser Al-Khelaifi: “Nasser, any contact?”

“The transfer window is soon,” Kimpembe added with a smile on his face, with Pogba simply replying, “yes”, before Coman again asked: “Any contact?”

Not liking the way the conversation was going, Pogba quickly said “No!” before walking off amid laughter from his teammates.

While he hasn’t spoken explicitly about Pogba recently, United boss Solskjaer has hinted the club will try to keep hold of the midfielder.

“We want the best players here, and the club knows what I want,” he told Norwegian broadcaster TV2. “I do not know how the dialogue goes, but if we are to fight for the best trophies, we must have the best players.”