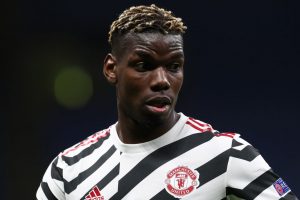 Ole Gunnar Solskjaer has said Manchester United are in talks with Paul Pogba over his long-term future after his match-winning turn in Milan, but insisting that the midfielder is solely focused on finishing the season strongly.

Pogba made the difference for United against AC Milan on Thursday night, coming on as a half time substitute at San Siro after six weeks out injured and scoring the decisive goal in a 2-1 aggregate win.

Solskjaer was delighted with Pogba’s performance, despite believing that he is not yet fully fit and could not have played more than 45 minutes.

Pogba’s display only invited questions about his future, with his Old Trafford contract set to expire at the end of the next season.

Mino Raiola, Pogba’s agent, said in December that his client was unhappy at United and likely to move during the summer window.

Solskjaer said that there will be “discussions and talks” between now and then to determine Pogba’s future, but insisted that all parties are focusing on matters on-the-pitch.

“I think everyone in the team and Paul included are just focused on doing as well as we can this season,” Solskjaer said.

“I don’t think any energy would be used on the speculation. Of course we’ve got discussions and talks.

Pogba is unlikely to start Sunday’s FA Cup quarter-final against Leicester City, with Solskjaer still unsure whether the midfielder is ready to complete 90 minutes.

“We have to see how much Paul can play. I don’t think he can last 90 minutes, I’m not sure he can start, but you can see the impact he can make if he comes on as a sub,” he said.

“If he feels OK maybe we can start him as well. We have to see who the runners and riders are after tonight. It’s been a long travel, we’ll be late back. We’ll see. I hope he’s ready to start.”