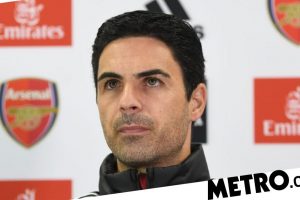 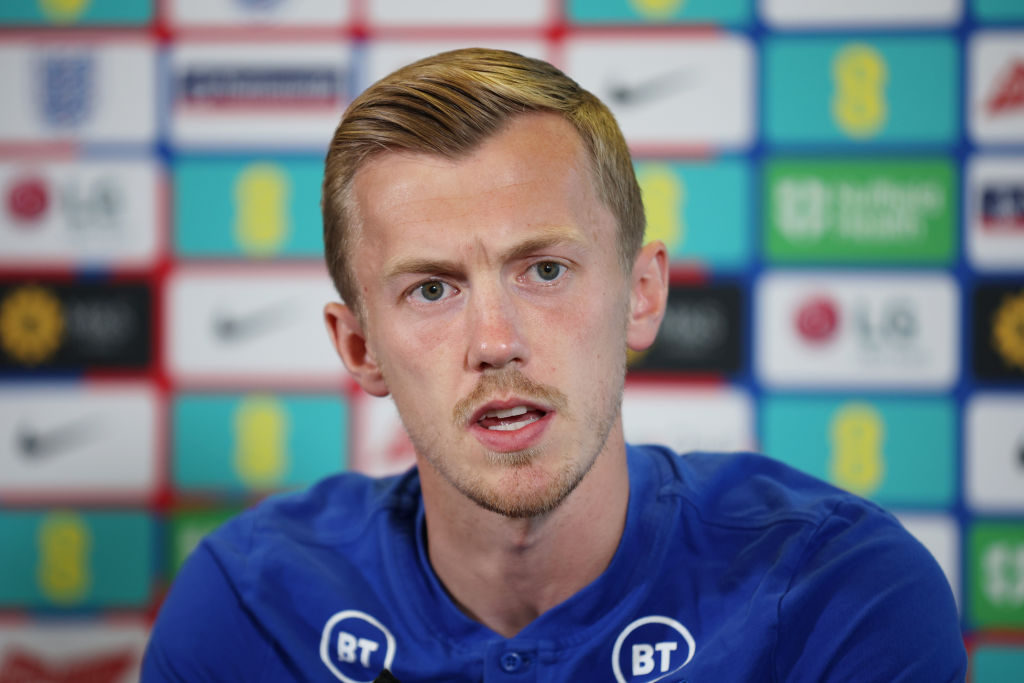 The midfielder, 27, has been linked with a move to West Ham this summer after scoring 10 goals in 36 league appearances for the Saints last season.

The Gunners are looking to sign a central midfielder to help cover Thomas Partey and are reportedly eyeing a move for Leicester City’s Youri Tielemans for a fee of in the region of £25million after agreeing a deal for Porto star Fabio Vieira.

However, Merson – the former Arsenal winger – believes his old side should be targeting Ward-Prowse who has ‘such a good range of passing’.

Writing in his Daily Star column, he said: ‘Arsenal cannot allow West Ham to buy James Ward-Prowse. I think he is a great signing for whoever gets him.

‘I think he is one of the best passers of the ball in England. Him and Trent Alexander-Arnold see things few other English players do and they can spray it around the pitch because they have such a good range of passing.

‘I don’t understand why Arsenal are not pulling out all the stops to try and take James Ward-Prowse from Southampton.

‘Arsenal need to buy experience and they would be buying an experienced England international who knows the Premier League and would make a huge difference to them.

‘They are crying out for a player who can spray the ball around from the middle of the pitch. They have plenty who can play nice, one-touch, tippy-tappy stuff but no-one who can switch the play or play a killer ball over the top.’

Southampton’s steep asking price – believed to be £60million – could be deterring Arsenal from pursuing Ward-Prowse.

On Friday, Porto announced that attacking midfielder Vieira was joining the Gunners for a fee of around £34m.

It’s reported that Vieira’s arrival will not affect the club’s search for a centre-midfielder as Mikel Arteta looks to add depth to his squad ahead of next season.

However, the Spaniard has revealed he will need to manage his resources this summer following the club’s failure to qualify for the Champions League.