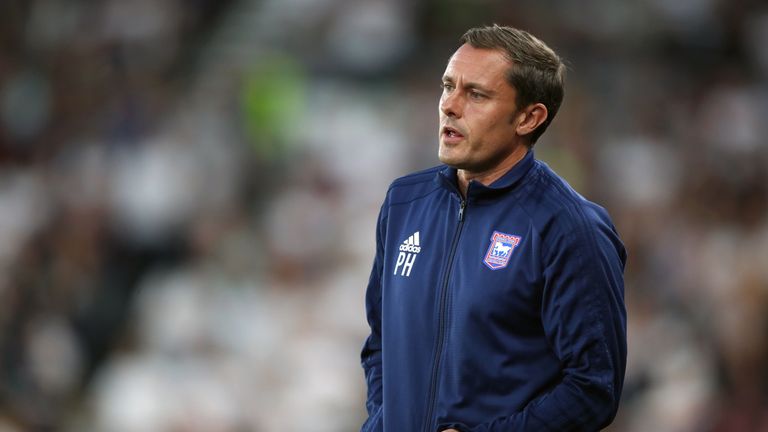 Ipswich have sacked manager Paul Hurst after they sunk to the bottom of the Championship with defeat to Leeds.

The Tractor Boys have won just once in 14 matches so far this season, losing seven, and it means Hurst has lost his job after just less than six months in charge along with his long-term assistant Chris Doig.

The 44-year-old has been dismissed despite “maintaining a stable management and coaching team” being one of the five main points of owner Marcus Evans’ promotion plans, released in December 2016.

But Evans said in a statement: “I have decided that it is in the best interests of the club that we appoint a new manager to take us forward.

“Paul’s arrival here in the summer was welcomed by us all and we worked tirelessly to support him fully with his plans for player recruitment, training methodology and backroom staff.

“But unfortunately those plans haven’t turned into positive results, which is why I have had to take this decision today.”

Hurst is only the second first-team boss the club have had since Evans outlined those plans, after he succeeded Mick McCarthy’s five-and-a-half-year spell.

Hurst took over after an impressive spell at Shrewsbury in which he took them to the League One play-offs after a third-place finish, having saved them from relegation the season prior.