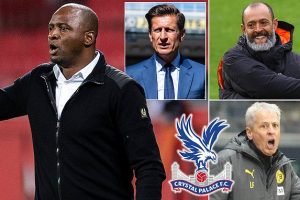 Patrick Vieira is in advanced talks to become Crystal Palace’s new manager, with a deal said to be ’75 per cent done’ for the Arsenal legend to replace Roy Hodgson.

Palace’s move for a new boss this summer has been protracted, after they walked away from a pursuit of Nuno Espirito Santo and were rejected by Lucien Favre earlier this month.

But Vieira, who was sacked by Nice in December 2020 in his last managerial job, is now poised to take over at Selhurst Park after positive talks with Steve Parish. 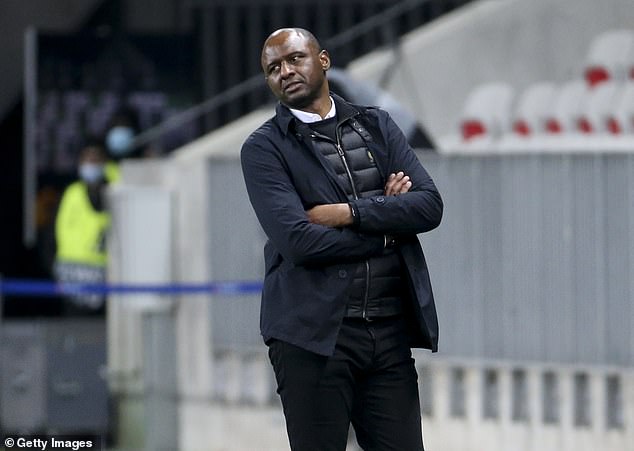 The former Arsenal midfielder, 45, is already in the UK, working for ITV as a pundit on Euro 2020.

As well as Nice, Vieira has managerial experience in the United States, having taken charge of New York City FC between 2016 and 2018.

The move, which was first reported by The Athletic, will see the 45-year-old take up his first managerial position in England since quitting the Premier League as a player in 2011.

It is not the first post he has been linked with in the UK, with the former World Cup winner linked with the vacant position at Bournemouth in January this year. He was also linked with the empty hotseat at St James’ Park in 2019 when Newcastle parted ways with Rafa Benitez.

Most recently, Vieira has been vocal about the bid from Spotify owner Daniel Ek to buy Arsenal.