The Parc des Princes and its surroundings areas are off-limits until the early hours of Tuesday after riots erupted in Paris following Paris Saint-Germain’s Champions League final defeat.

The French giants were bidding to be crowned champions of Europe for the first time in history on Sunday when they faced Bayern Munich in the showpiece.

However, former PSG winger Kingsley Coman burst their bubble by scoring the only goal of the game in Lisbon on 59 minutes with a header. 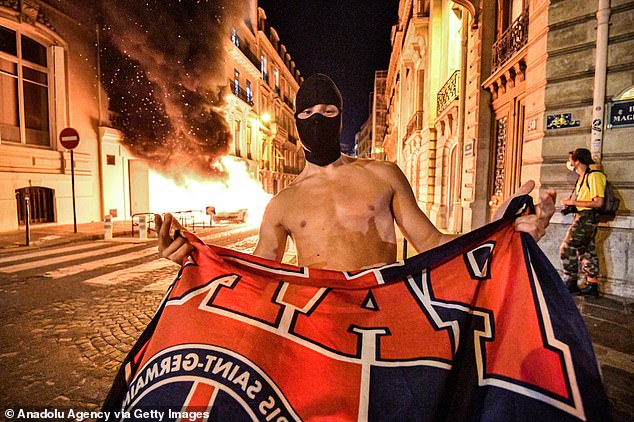 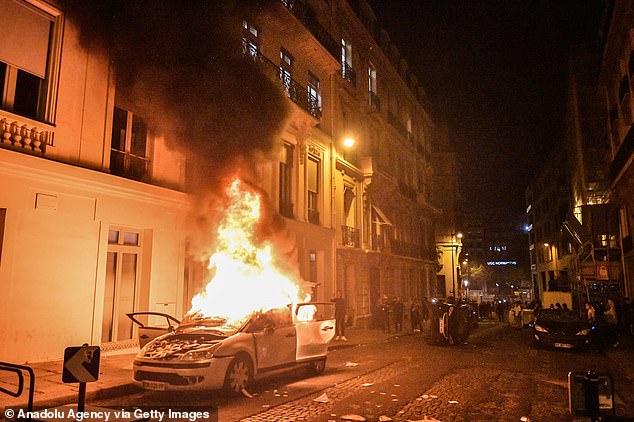 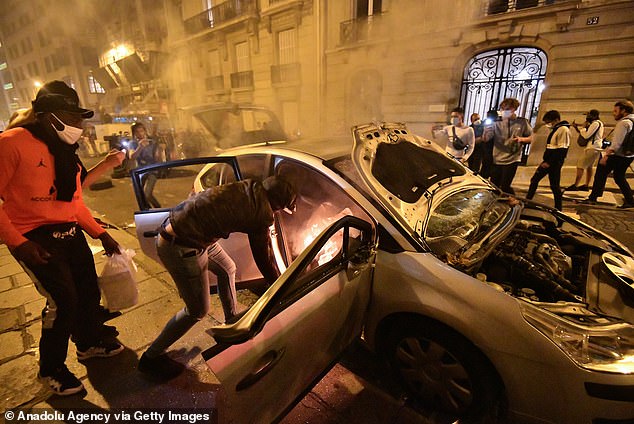 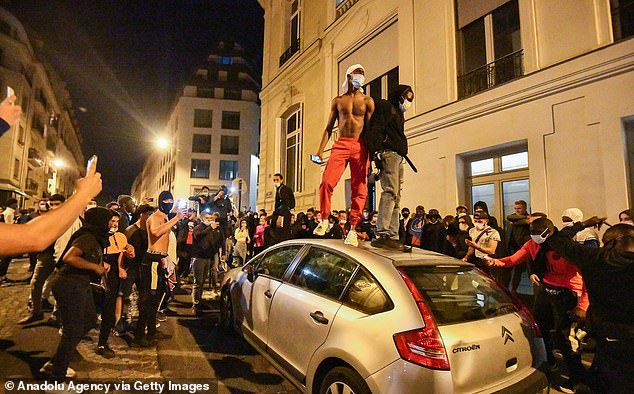 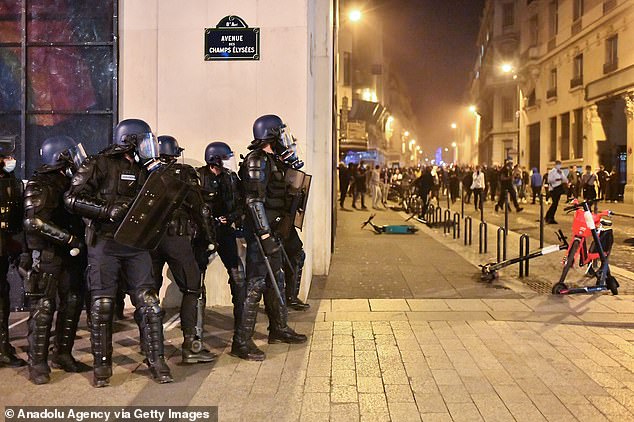 And following the full-time whistle ugly scenes unfurled in Paris which saw police arrest 148 people as fans clashed with officers and smashed cars and shop windows.

Hundreds of fans were also fined for not wearing masks, a Paris police spokesman said. City Hall urged fans to get tested for coronavirus, as France sees a resurgence in virus infections. Senior Paris City Hall health official Anne Souyris said on France-Info radio that PSG fans who gathered in groups “should go get a test” at one of the city’s mobile labs.

As a result of the destruction, Paris police announced in a statement on Monday that the Parc des Princes will be a no-go zone for 15-and-a-half hours.

‘Faced with the violence that marred the evening of August 23 on the sidelines of the PSG versus Bayern match, police chief Didier Lallement, banned any gathering related to this event on August 24.

‘The opening of bars, beverage outlets and restaurants located in the Parc des Princes sector, as well as the consumption of alcoholic drinks on public roads in this sector, from Monday 24 August at 2.30pm until Tuesday 25 August at 6am can not take place.’ 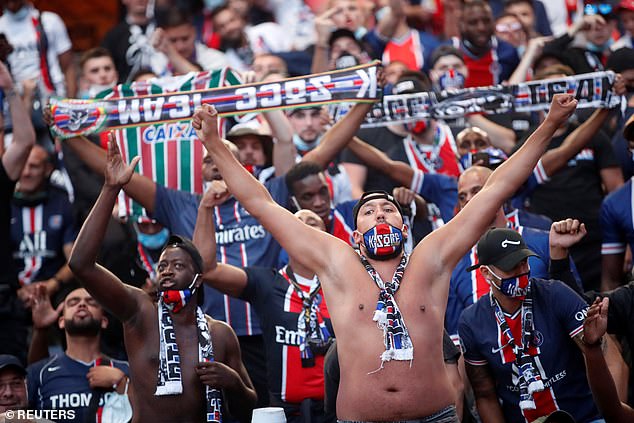 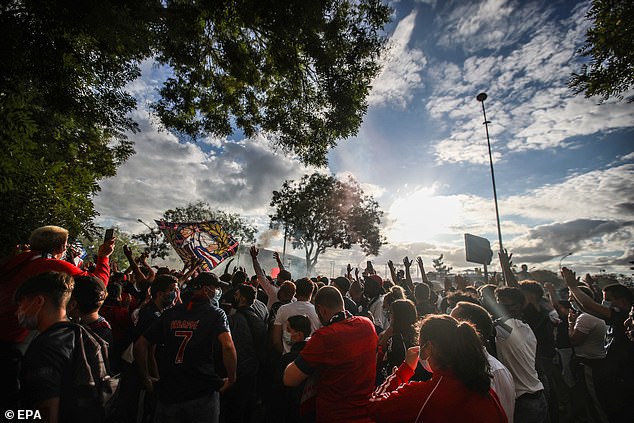 Interior minister Gerald Darmanin wrote on Twitter that 16 police officers were injured in the Sunday night skirmishes. Police did not have estimates on injuries among the football fans.

PSG was hoping to join Marseille as the only French club to win Europe’s elite football competition, but lost to Bayern Munich 1-0. The defeat was met with huge celebrations in Marseille, where fans cheered and let off flares and fireworks.

Back in Paris, riot police burst into a bar close to the Champs-Elysees to aggressively remove people, because some were not wearing masks, or were failing to keep social distancing amid coronavirus concerns.

Riot police used tear gas to disperse fans gathered outside the club’s stadium. PSG beamed the match on two giant screens at Parc des Princes, with 5,000 fans allowed inside in keeping with the maximum allowed for football games in France as part of virus protection measures. 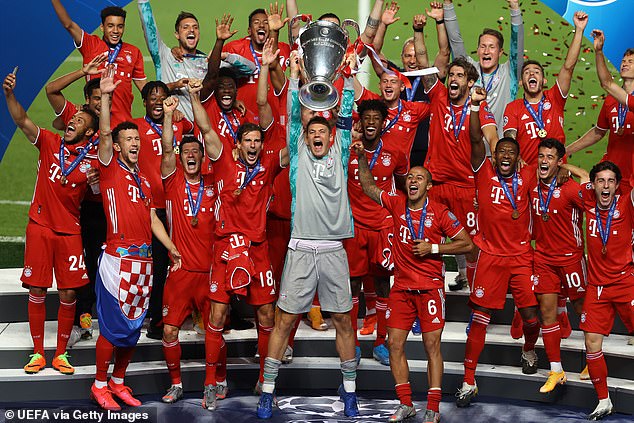 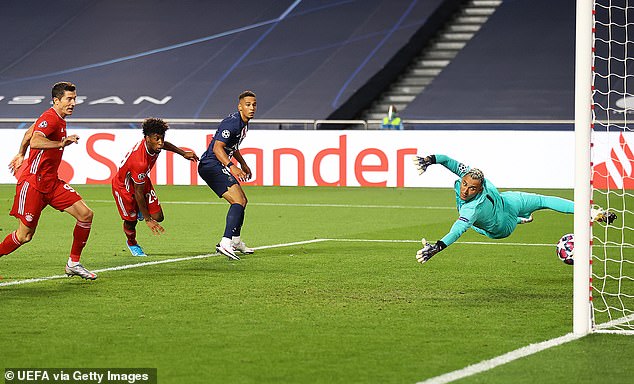