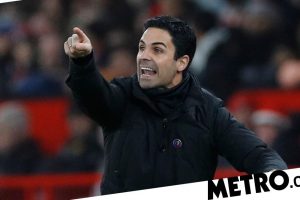 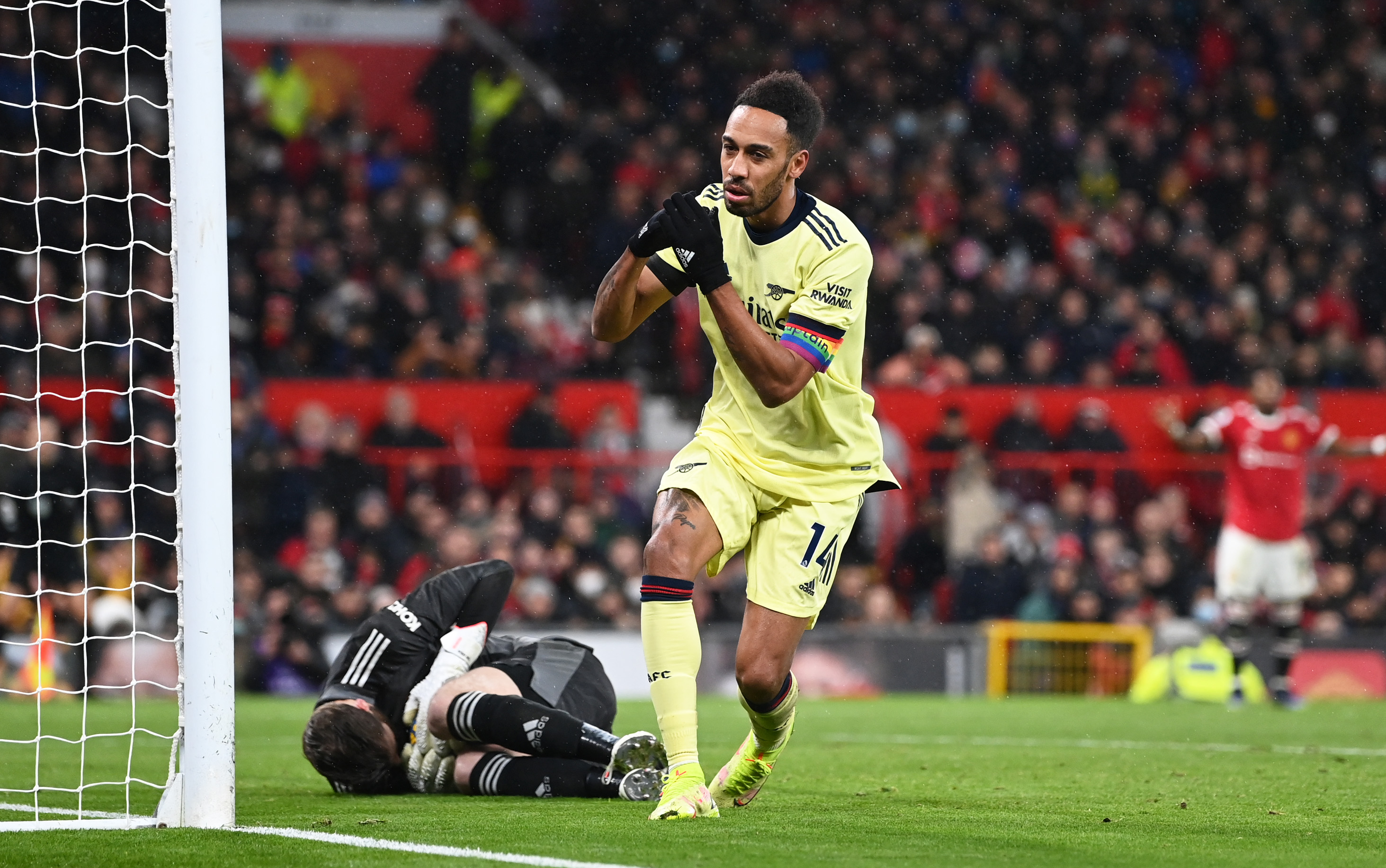 The Gunners captain has been out of sorts this season with just four league goals to his name and has fired a blank in his last five matches.

The likes of Alexandre Lacazette, Eddie Nketiah and Bukayo Saka all started on the bench for the trip to Old Trafford, and Campbell feels Aubameyang may now need to step aside.

‘It’s just not happening for him, is it? It might be time for him to come out the team,’ he said on the Highbury Squad.

‘No matter what he does, what he tries, it’s not happening. It seems like we’re carrying him.

Following a below par performance, Arteta hooked Aubameyang on 79 minutes for Lacazette as they went in search of an equaliser.

But it was a decision that left Arsenal legend Thierry Henry baffled.

‘One thing I couldn’t understand is Aubameyang is your captain, he’s your goalscorer, you put him as the captain,’ he said on Amazon Prime.

‘Twenty minutes to go, you’re losing 3-2 and you take him off.

‘I’ve never came across this situation where you’re 3-2 away from home and you need a goal and you take your captain off the field and you know he can score you goals.

‘So something is not right there.’

Aubameyang will be hoping he can have a more positive impact when Arsenal travel to Everton on Monday night.