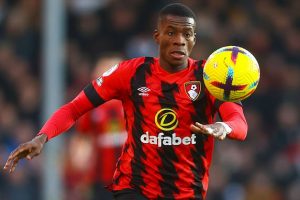 Dango Ouattara. Remember the name. Bournemouth’s £20million new signing barely speaks a word of English, but he is already doing his talking on the pitch.

Thrown in against a resurgent Nottingham Forest after only a day’s training, the 20-year-old Burkina Faso international sparkled on his Premier League debut.

The winger helped the Cherries stop the rot after six straight defeats in all competitions, setting up Jaidon Anthony’s opener, and with a bit more composure would have scored a couple himself. 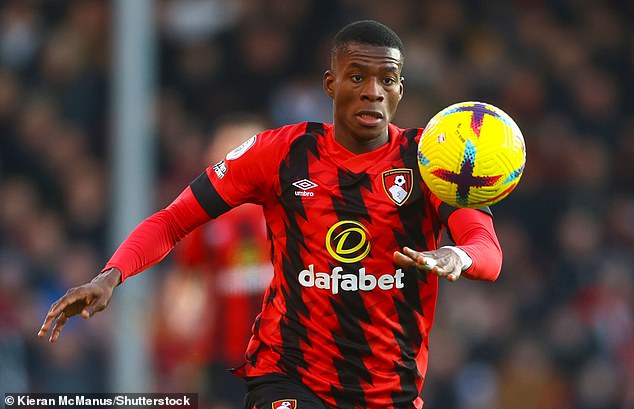 Bournemouth old boy Sam Surridge spoiled the party by coming back to haunt his old club, scoring a late equaliser off the bench for Forest, who have now taken 12 points from their last seven league games.

Despite the language barrier there was certainly no communication breakdown between Ouattara and his team-mates. Defender Jordan Zemura said: ‘No English for him. Me? No French! It’s all hand gestures. All he knows is “back post”, and he says that all the time.

‘When we scored, I don’t know what he said to me, he said something in French. It sounded like “bon marche”, but he was happy so I said the same thing back. When he first came in, we could see the talent that he had and the qualities that he showed.’ 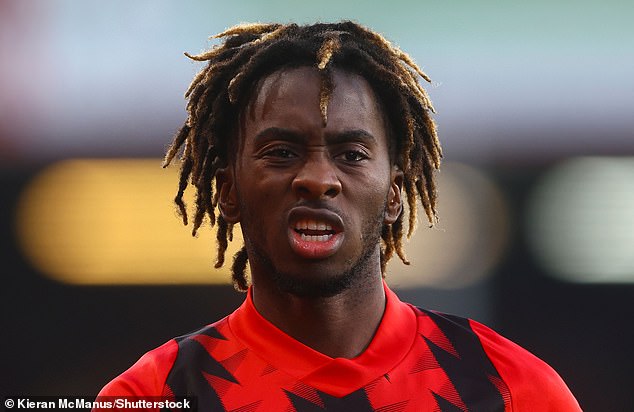 Ouattara is the first addition of the Bill Foley era at Bournemouth and shot to prominence with six goals and six assists in 18 games for Lorient in Ligue 1 this season.

Bournemouth manager Gary O’Neil said: ‘We need to be sensible with our expectations. He’s a 20-year-old who’s never played in England. He’s a talent and I’m excited about what he can bring.

‘But let’s improve him and not expect too much too soon. His English is limited. We’ve got a couple of French-speaking players who can interpret for him. As a debut goes… having not trained much, in a new country, with a group of players you’ve never met, he was a real bright spark.’ 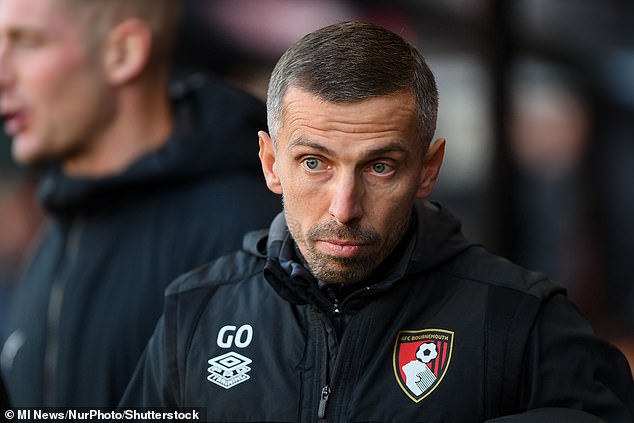