Home » Soccer » Olympics: Meet the Team GB Women's football team who are raring to go ahead of Tokyo Games

Olympics: Meet the Team GB Women's football team who are raring to go ahead of Tokyo Games 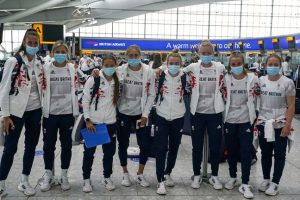 Who has been selected?

The Team GB squad is made up of 19 England players, plus Kim Little and Caroline Weir from Scotland and Sophie Ingle from Wales. Little is the vice-captain for her national team, while Ingle captains Wales, and along with England skipper Steph Houghton, the trio have been named as joint-captains for Great Britain and will wear the armband in rotation.

Hege Riise said: “We are fortunate to have so many experienced and talented players in our squad and we think of ourselves as a ‘leaderful’ team, where every individual brings their own leadership strengths to the group.

“However Steph, Sophie and Kim will lead the way on the pitch. This is a very close group on and off the pitch and I have been so impressed how they have all come together.”

Houghton and Little are also among the four players to have also been part of the squad at the London 2012 Olympics, along with Jill Scott and Ellen White. Karen Bardsley had also been called up into the initial squad, but was replaced by Carly Telford in June due to injury.

At the start of July, FIFA and the IOC allowed squads to be expanded from 18 to 22 players, with reserves Sandy MacIver, Lotte Wubben-Moy, Niamh Charles and Ella Toone also available for selection on matchdays.

Get to know the manager 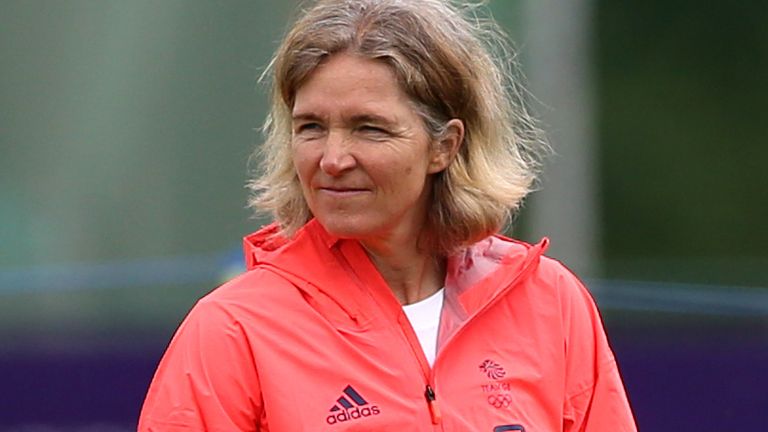 Former England manager Phil Neville was scheduled to take charge of Britain at the summer games. But after he joined Inter Miami in January, it left a conundrum as to who would lead England before Sarina Wiegman’s arrival in September and, more pressing, who would manage at the Olympics.

The former midfielder remains the most capped player for Norway in senior football, playing 188 times for her country – far ahead of John Arne Riise’s 110 for the men’s side. She will be hoping to draw on her experience of winning Olympic gold with Norway in Sydney 2000 – she is one of only three women in the world to have won the World Cup, European Championships and Olympic gold.

After nearly 20 years as a player, Riise was also the USA Women assistant coach for three years, having also held managerial roles at LSK Kvinner, a women’s top division side in Norway.

Due to Covid postponements, Riise has taken change of just three England games thus far. The first was a 6-0 win against Northern Ireland women, before defeats to France and Canada in April. 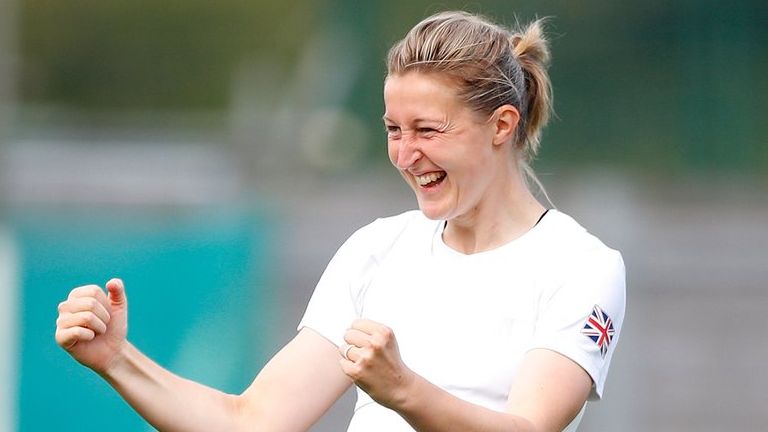 Britain have played just one warm-up game ahead of the tournament. A scheduled friendly on July 1 against Zambia after the visiting side were unable to enter the UK due to Covid-19 restrictions.

Once in Tokyo, Britain did take part in a friendly against New Zealand on July 14, which Riise’s side won 3-0. Ellen White netted a brace, while fellow England forward Nikita Parris also got on the scoresheet.

Team GB to take a knee

Last week, the British team confirmed that they will take a knee before their matches at the Olympics in support of the fight against racism and discrimination.

The decision comes after the IOC relaxed its Rule 50, which had previously forbidden athletes from protesting at all times, but now allows peaceful protest prior to competition, with sanctions still threatened for any protests made on the medal podium.

England and Manchester City captain Houghton told Sky Sports News: “We’ve been taking the knee in our club matches in the WSL and previous international matches, and we knew as a squad this was something that we wanted to talk about first and foremost – it’s not just a quick decision, we’ve had lots of conversations.

“We’ve obviously been looking forward to the rule 50 that the IOC have put on the Olympic Games. For us we had to discuss what we wanted to do and it was something that we felt as a squad we wanted to do 100 per cent. We had lots of conversations with the BOA, who have been really, really supportive.

“Ultimately for us taking the knee allows us to show the support for people’s lives that are effected at this moment in time, and for us to try to improve the discrimination and inequality that is currently not just in football but in the world today.”

Scotland captain Little said the spotlight provided by the women’s football tournament being one of the first Olympic competitions to start gave additional motivation to the players to take a stance.

“Our want is to show solidarity and continue to highlight the systemic racism and discrimination that is part of our society and by taking the knee continuing talk around it to help make changes and create a more equal society,” Little told Sky Sports News.

“Because we are the first sport to take the field of play we wanted to show that message and put it on that platform to highlight the changes that are needed.”

Route through the tournament

Britain are in Group E and face Chile in their opening match on Wednesday 21 July and their opponents have been making history in recent years.

2021 represents their first Olympics, coming two years after their maiden World Cup. They finished a respectable third in a group that contained eventual winners, the USA. They also finished as runners-up at the Copa America Femenina in 2018, their best finish since 1991.

Three days later, Britain take on hosts Japan in Sapporo. They will be a familiar opponent for the English and Scottish contingents, with all three teams drawn in the same group at the 2019 World Cup. Japan beat Scotland, but a White double saw England qualify as group winners in the final game.

Finally, Britain face Canada on July 27, which could stir up painful memories of London 2012. The Canadians – managed by former England assistant, Bev Priestman – were 2-0 winners in the quarter-final that year, knocking Team GB out at their home Olympics. They won bronze that year, and repeated the feat at the following games in Rio. Of course, the England players will also recall the 2-0 friendly defeat in April, with Canada also 3-0 winners against Wales in a friendly in the same month. They are likely to be Britain’s toughest test of the Olympic group stages.

There are three potential quarter-finals for Britain. If they finish second in the group, they will face the runners-up in Group F – one of China, Brazil, Zambia or the Netherlands.

Should they top the group, they could either face the third-place side from Group F or Group G, which contains Sweden, the USA, Australia and New Zealand. A third-place spot would set up a tie against the winner of group G – likely to be the USA.

Of course, things start to get trickier as you move into the semi-finals. There is again the potential to face Olympic favourite the USA, or even a last four meeting with the Netherlands – managed by future England coach Wiegman.

It certainly won’t be easy. Britain’s group is arguably the hardest of the three at the Olympics so making a good start against Chile is paramount. Japan and Canada are seasoned on the international stage, with the Canadians looking for a third successive medal finish.

But to still have four players in the squad who played at the Olympics nine years ago is truly impressive, and Britain will need to draw on all of that experience, plus that of Riise. She’s been there, done it and has the gold medal to prove it. Having a triple header of captains can also be a real advantage across the park.

The majority of the squad is made up of England players, who have not managed to find their groove since their 2019 World Cup semi-final. Having only one warm-up game is also a concern and unlike other nations at the Olympics, Britain has to integrate different members into one squad – although that is not to say it is a drawback. All three players from the other Home Nations add real quality.

Beating New Zealand – a potential opponent in the quarter-finals – showed good signs of progress, but do they have enough time to step up another level and win gold? That remains to be seen but as we all know, nothing is impossible in football.

Sky Sports has announced a three-year deal with the FA to become the primary broadcaster of the Barclays FA Women’s Super League from September 2021, becoming one of Sky Sports flagship offerings.

Sky Sports will now begin a recruitment process for the best-in-class on- and off-screen production team as part of the plan to align WSL with the broadcaster’s other big sporting leagues and events.

The WSL will get the full Sky Sports treatment with lengthy build-ups and reaction to all live matches, plus daily news from the competition across Sky Sports News and Sky Sports’ digital platforms.