‘I was hoping to score soon’: Olivier Giroud relieved to finally end his goal drought as he scored the winner for Chelsea against BATE Borisov

Olivier Giroud is relieved to have finally ended his goal drought as he netted the winner against BATE Borisov in the Europa League on Thursday evening.

It was the Frenchman’s first club goal since May and first under Maurizio Sarri as he helped Chelsea qualify for the knockout stages of the competition.

The Blues were frustrated after being limited to half-chances in the first half before a stern talk at the interval from Sarri saw Chelsea grab the winning goal shortly after play restarted. 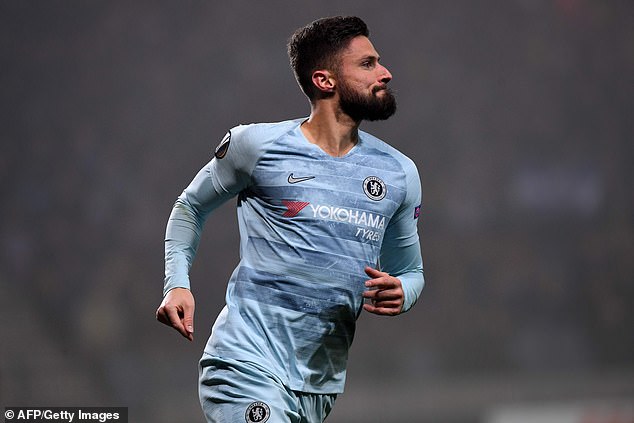 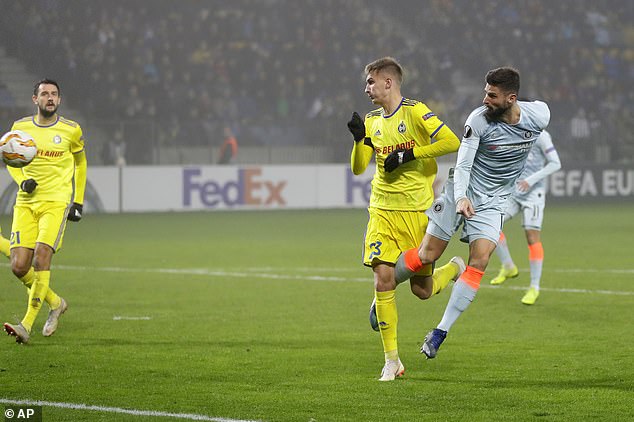 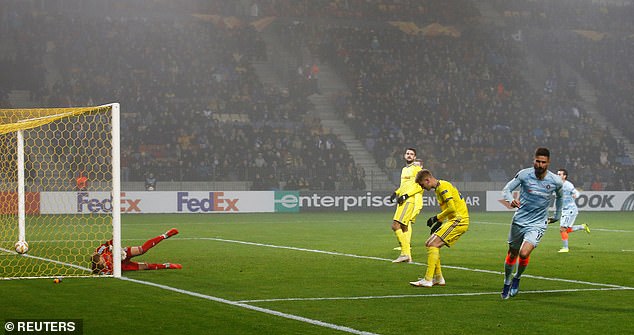 An inviting ball from Emerson on the left-hand side allowed Giroud to get his head onto it and nod the ball past Denis Scherbitsky in the BATE net – and he was relieved to have done so.

Giroud said after the game: ‘Tonight we have done the job even if we could and should have been more efficient, but we kept a clean sheet as well against a good team.

‘We are very happy with the win even if we were in a bit of trouble at the end. 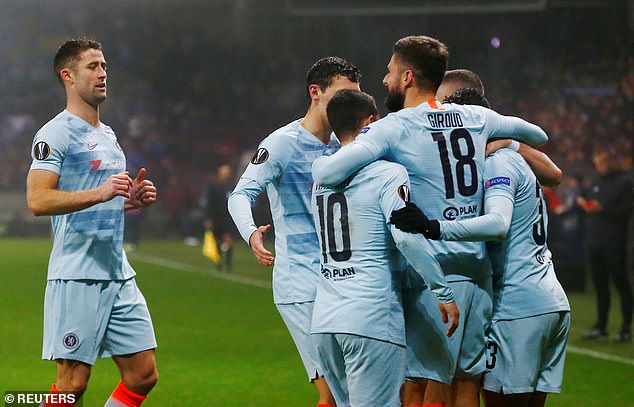 ‘I was hoping to score soon because I came back late from the World Cup and lacked a bit of efficiency and luck. You always have to work hard and keep the faith.’

Chelsea top Group L with 12 points having won all four of their games without conceding.

The Stamford Bridge outfit also remain the only unbeaten side in Europe’s top five leagues in all competitions following their win on Thursday evening.